Fourteen men have been arrested after a 16-year-old girl was raped and burned alive at her home in eastern India, when her family complained of her ordeal.

In the latest case of sexual violence in the country, the teenager was abducted from her home while her family was attending a wedding, and she was raped in a forested area of Jharkhand state on Thursday, a local police officer said.

When her family complained to the Raja Kendua village council on Friday, it ordered two of the accused rapists to do 100 sit-ups and pay a fine of 50,000 rupees (£552). 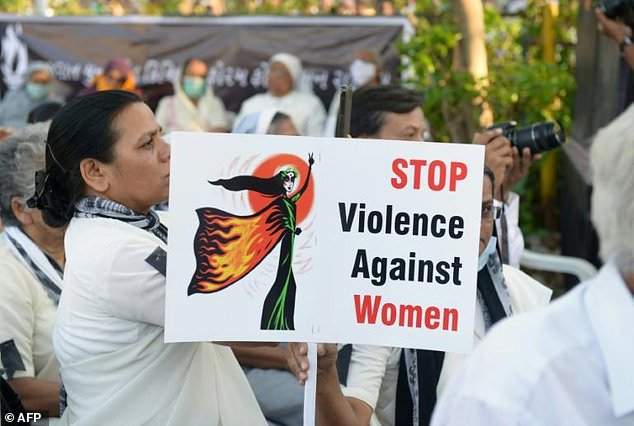 Around 40,000 rape cases were reported in India in 2016, with many more believed to go unreported because of the stigma attached to sex crimes in the deeply patriarchal country

The victim’s father told the Hindustan Times that the men ‘got infuriated and started thrashing us. We ran away to save our lives.

‘However, when we returned after half an hour, we found our daughter burnt and dead inside our home.’

Ashok Ram, officer in charge of the local police station said: ‘The two accused thrashed the parents and rushed to the house where they set the girl ablaze with the help of their accomplices.’

Ram said officers had arrested 14 men over the case so far, although the main suspect was still on the run.

Jharkhand Chief Minister Raghubar Das said he was shocked by the ‘gruesome incident’ and called for stringent action against the culprits.

The incident comes as India reels under a string of violent sexual crimes despite tightening of laws. 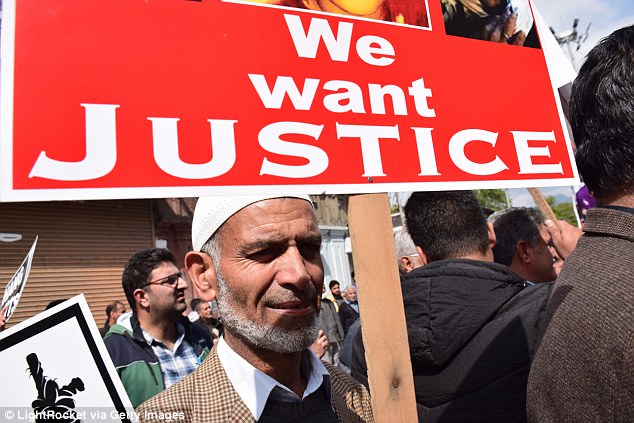 On Friday, a 60-year-old man allegedly committed suicide after being accused of raping a nine-year-old in southern Andhra Pradesh state.

Protests have been held across the country since horrific details emerged last month about an eight-year-old girl being gang-raped and murdered in Jammu and Kashmir.

Some 40,000 rape cases were reported in 2016 alone, with many more believed to go unreported because of stigma attached to sex crimes in deeply patriarchal India.