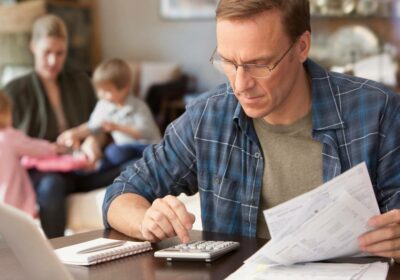 “Judgement day” is coming for debt-laden borrowers who will need to tighten their belts as rising interest rates and skyrocketing inflation take a toll, an economist says.

Another financial expert says dinners out, holidays, lattes, Netflix and gym memberships could be axed from budgets, as a household with a $600,000 mortgage could face an extra $200 a week in costs.

However, the New Zealand Bankers Association said 44 per cent of people with home loans were ahead and paying more than the minimum in repayments. About 1.2 million Kiwis currently had a mortgage.

The comments come as annual inflation hit 6.9 per cent for the year to March 31, the largest movement since a 7.6 per cent annual increase in the year to the June 1990 quarter, StatsNZ said.

CoreLogic chief property economist Kelvin Davidson said there had been a long period when it was good to be a borrower – but that had changed.

“People have been able to borrow money cheaply to get the things they want. But I guess nothing lasts forever. There has been a period when savings have not done as well because interest rates on term deposits don’t generally pay as much so having money in the bank was a bit pointless.”

Now it had switched, Davidson said, and “judgement day is coming for people who have borrowed a lot while savers will be looking forward to it”.

“If they have got a bit of money around they might find a bargain in the property market. There [are] two sides to everything.”

Craigs Investment Partners head of private wealth research Mark Lister said if people had bitten off more than they could chew, other things in their budget would have to give to meet rising living costs.

Generally speaking, he said a household servicing a $600,000 mortgage could need to find up to $200 per week to meet new fixed interest rates and food, petrol and inflation increases.

“That could be quite ugly for some of them when they have to go to renew their mortgage… they could get a shock.

“This will put a lot of people, particularly those who were sailing pretty close to the wind, in a difficult position as there won’t be enough money in the budget. This could mean fewer dinners out, fewer holidays, fewer lattes and cancelling Netflix or your gym membership.”

Even though Lister had not seen the current rate of inflation in his working life the country still had a strong economy and a low unemployment rate.

In regards to savers who had money in the bank he said a term deposit for six months could now fetch 2.1 per cent, which was more than double a year ago but once fees, tax and inflation were taken into account, “they are still miles away from giving people a reasonable return”.

Sitting on the sidelines and doing nothing with your money also came at a cost.

“There are so many things that feel scary out there. The sharemarket feels like it is in a difficult position and has gone up too much. The housing market has gone through the roof and now prices are falling and look scary too.

“People get themselves wrapped up in knots worrying about all of those and what can go wrong and they end up going full circle and doing nothing… and there is a cost to that.”

Te Ara Ahunga Ora Retirement Commission personal finance lead Tom Hartman said when people went “into crisis they do a lot to maintain their lifestyle” and often load up on more debt.

Credit cards were incredibly convenient and designed for a certain type of spender who would load up on debt and keep it for a very long time, he said.

“They are also very expensive… the high interest from credit cards or store cards can be astronomically high. Some also have high annual fees to keep that debt flowing.”

He said getting rid of debt or doing a low-cost balance transfer or another alternative would help claw back money that can be used on essential things.

Hartman said charting incomings and outcomings and making a plan was important and it had some useful tools on its Sorted NZ website (sorted.org.nz).

He said the key was to keep spending as “happy” as it can be. This could include keeping coffee catch-ups as they were relatively cheap but ditching the gym membership if you never go, and taking up running instead.

New Zealand Bankers’ Association chief executive Roger Beaumont said banks were responsible lenders and must comply with a range of legislation to help ensure they are offering customers affordable and suitable credit.

Those rules included the Credit Contracts and Consumer Finance Act, the Responsible Lending Code and the Reserve Bank loan to value ratios.

“Banks also apply their own lending policies based on their risk appetite, which help ensure the loans they offer are in the customer’s interests, as well as the bank’s. For example, when considering a loan application, banks apply a serviceability interest rate to check if the borrower could still afford to repay the loan at a higher interest rate.”

Beaumont said about 68 per cent of people who had a credit card paid it off regularly and didn’t incur any interest costs.

“It’s also worth remembering there are quite a few different kinds of credit cards available to suit a range of personal needs, including low-interest ones. Some offer loyalty rewards and free travel insurance, which may suit some people, while the low-cost cards may suit others.”

If you were financially stressed it was best to contact your bank as soon as possible, he said.

“Options for financially stressed customers may include temporarily moving to interest-only loan repayments. You might also be able to extend the term of your loan to reduce how much you regularly repay.

“Banks may also be able to offer access to short-term funding, or consolidate loans to make repayments more manageable.”

“There are still good reasons for people to keep their money in the bank, and it’s usually about their risk appetite, and having access to their money at reasonable notice.

“Banks operate in a competitive environment and it may be worth shopping around if you’re considering savings and term deposit investment options.”

The hardships facing Kiwi consumers were also beginning to become apparent with arrears on personal loans increasing to 7.8 per cent in February – the highest level since March 2020.

The report shows new lending across consumer loans was down 26 per cent year-on-year. Hardest hit were credit card applications which had seen the sharpest drop in approvals in the last three months, McLaughlin said.