The British Government had long been aware of the strategic importance of the dams in the Ruhr region of north west Germany, particularly in providing water and energy.

As early as 1937, the Air Ministry drew up a list of targets which included three of the largest: the Mohne, the Eder and the Sorpe — all massively reinforced with steel and concrete.

The Ministry recognised that if these key dams could be breached, then devastation of almost Biblical proportions could be inflicted on the Ruhr. 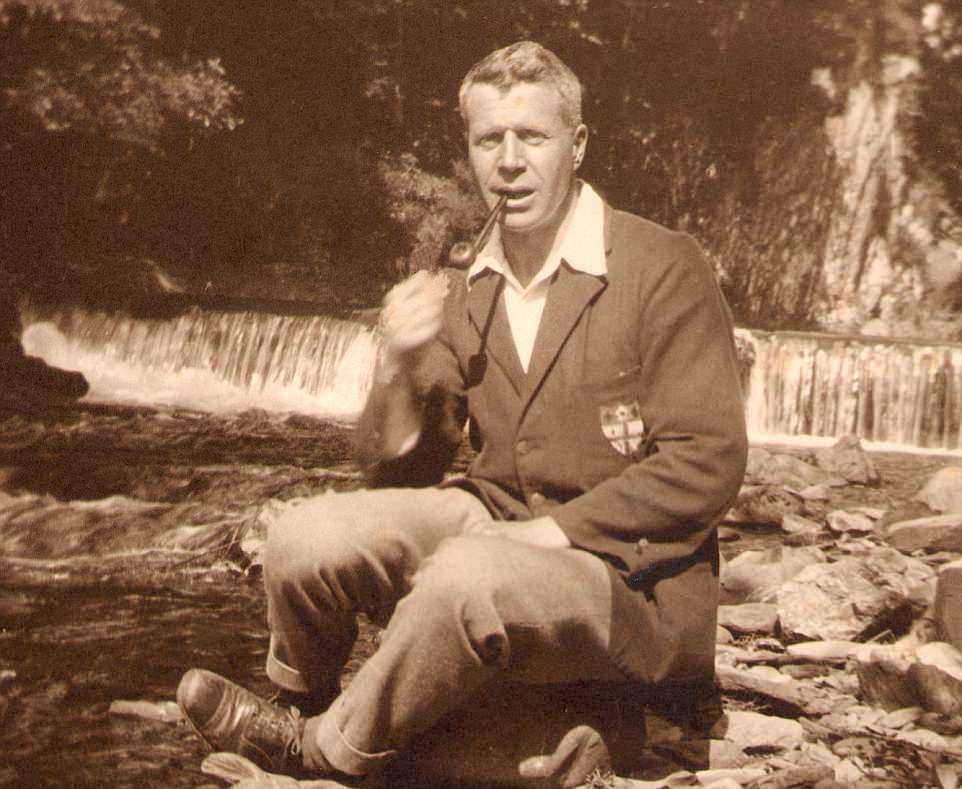 Barnes Wallis, pictured in 1924, was an English scientist and inventor who invented the bouncing bomb that was used by the Dambusters

The problem was how. The narrowness of the target made a direct hit from the air almost impossible and even if it were, no conventional bomb dropped by the RAF would smash such immense structures.

Nor were standard naval torpedoes of any use, since each dam wall was protected on its reservoir side by heavy netting.

But one fertile mind was determined to solve the problem. He was English scientist and inventor Barnes Wallis, and his answer was a bouncing bomb.

As a senior designer at the Vickers aircraft company, Wallis had already displayed his gift for invention before the war through his work on the R100, at its launch the largest airship in the world, and the Wellington bomber, whose innovative airframe, made of a lattice structure of interconnected metal beams, proved magnificently robust in combat.

‘In my whole experience of aeronautical engineers and inventors, I have never come across one I consider more able,’ says Fred Winterbotham, the Air Ministry’s Director of Intelligence.

Born in 1887 in Derbyshire, Wallis was the son of a doctor who contracted polio in middle-age, leaving him permanently disabled and his family in straitened circumstances. 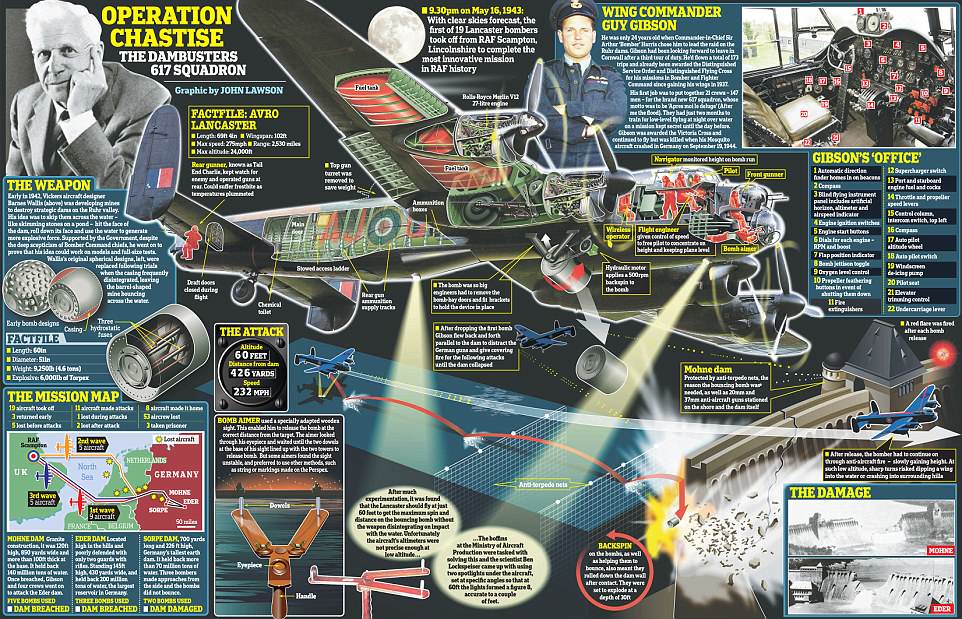 Wallis himself was a brilliant child, not just in his academic studies but also in his talent for making models.

At 12, he won a scholarship to the public school of Christ’s Hospital in Horsham, yet he shunned the obvious path to university. He left school at 17 to become a marine engineer, a discipline that gave him a profound understanding of fluid dynamics and led Vickers to hire him as an airship designer in 1913. There he remained for the rest of his career.

Although devoted to his work, Wallis was no lonely obsessive. He loved to play sport despite his short-sightedness, and he was happily married, producing four children.

His daughter Mary, who inherited his need to wear glasses, married the son of Marie Stopes, the renowned birth control pioneer and fanatical eugenicist who was appalled at the match because she feared that her grandchildren would also have imperfect eyesight.

Barnes Wallis, in true British fashion, had his eccentricities too. For breakfast he ate exactly three spoonfuls of porridge and eight prunes. When he arrived home in the evening, he always had a bowl of cold rice pudding.

He also had a streak of arrogance, calling senior air staff officers ‘singularly stupid’ and boasting that ‘it is the engineers of this country who are going to win the war’.

From late 1940, Wallis increasingly focused on dambusting. His first idea was to use a ten-ton ‘earthquake bomb’, which he theorised would crack the structure if dropped into the reservoir within 150 feet of the dam wall.

Because there was no RAF bomber at the time which could carry such a load, he proposed building a huge new six-engined plane to be called the Victory. The scheme was rejected but Wallis did not give up. 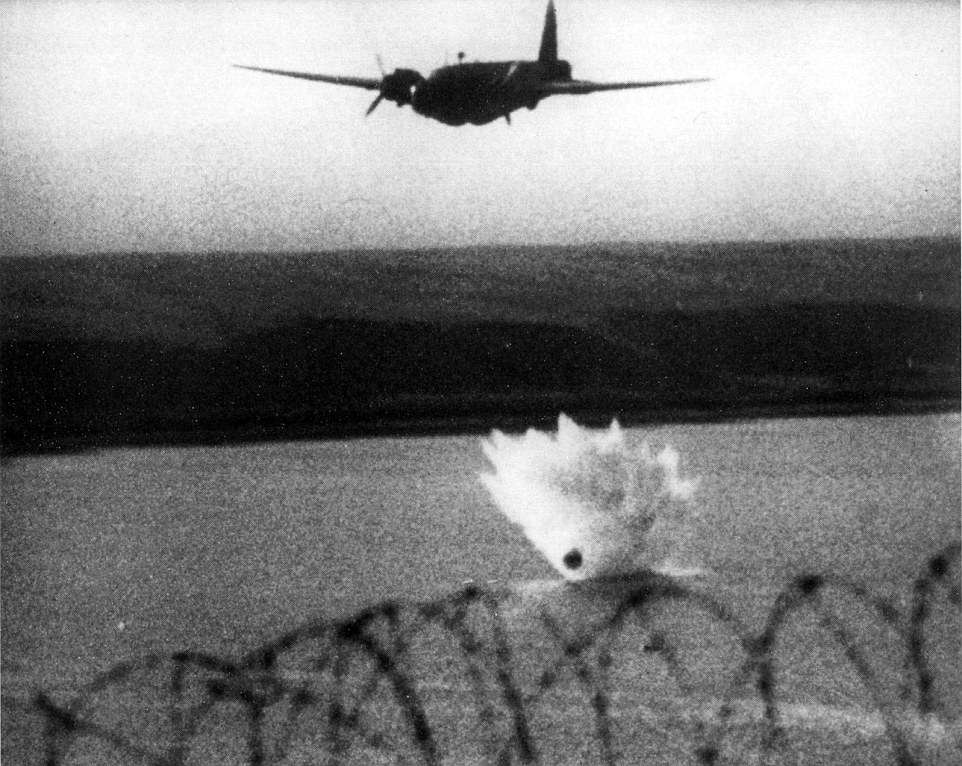 The growing availability of the Avro Lancaster, the heavy bomber which entered RAF service in December 1941, was a boon to Barnes Willis and contributed to his success

He then turned to the concept of dropping a missile that could reach the dam in a series of ricochets, just as a stone skims across the surface when thrown with a low trajectory.

He was partly inspired by the exploits of Horatio Nelson, whose ships extended their firing range by skimming their cannon balls off the water into the enemy. Wallis was also helped by his Vickers colleague George Edwards, a cricketer who explained how a ball imparted with backspin will have greater bounce.

Using this information, Wallis began experiments at his Surrey home using an old washtub filled to the brim, a catapult and a set of children’s marbles.

‘We had to count the number of bounces and he would adjust the distance of the catapult,’ recalled his daughter Mary.

The results were encouraging enough for Wallis to continue. He was helped by two fortunate developments. The first was the growing availability of the Avro Lancaster, the heavy bomber which entered RAF service in December 1941.

The Lancaster was ideal for an attack on the dams not only because, with its huge bomb bay designed for torpedoes, it had a greater loading capacity than any other RAF plane, but also because it was highly manoeuvrable, a vital quality for low-level flying. 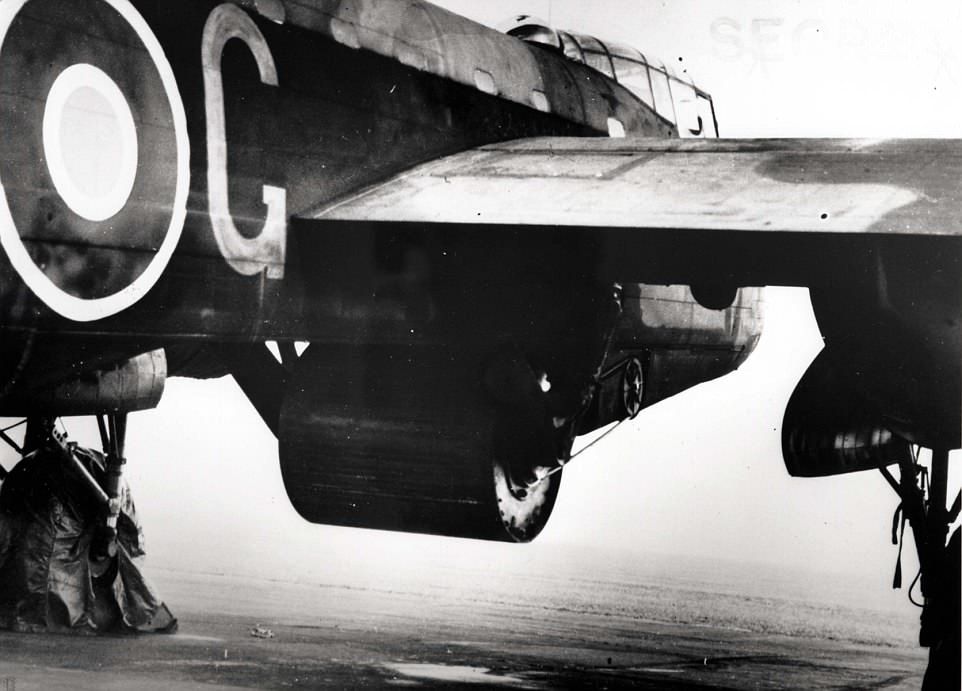 The Lancaster was ideal for an attack on the dams because of its huge bomb bay, great loading capacity and because it was highly manoeuvrable

The second development was the breakthrough made by the scientist A. R. Collins, an expert in concrete engineering from the Road Research Laboratory.

Collins had also been analysing the dams problem and in scale test he found that the destructive effect of an underwater explosion was far greater if the bomb were in direct contact with the wall. Otherwise, the shockwaves from the blast risked being absorbed by the water.

This discovery further emphasised the need to put backspin on the bomb to ensure it hugged the face of the dam.

Wallis and Collins started to co-operate. With Government support, further successful experiments were conducted in the summer of 1942, in a large ship tank at Teddington and a disused dam in Wales.

So positive were the findings that official approval was given for airborne tests, to be carried out at Chesil Beach on the Dorset coast in a Wellington bomber from December 1942. 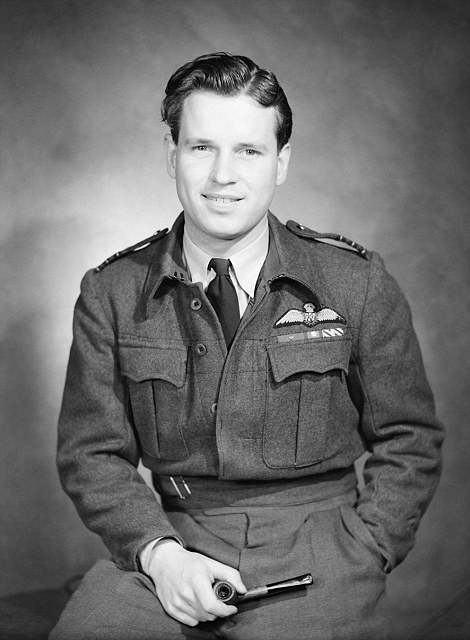 Pictured is Wing Commander Guy Gibson, who was the brave leader of the Dambusters raid which earned the gratitude and admiration of the nation

At this stage, Wallis believed the bouncing bomb should be spherical. At first the Chesil tests went badly as the bomb shattered on impact with the water.

Then, after further modifications, everything came together on 23 January 1943. Flying at 283 mph and an altitude of just 42 feet, the Wellington released the bomb, spinning at 485 revolutions per minute.

It bounced 13 times without breaking up. Further tests were even more fruitful, one prototype reaching 1,315 yards.

With the footage from Chesil Beach, Wallis pressed the air establishment to agree to equip Lancasters in advance of a full attack on the Ruhr dams.

A decision was urgently required, since air intelligence revealed that the waters in the reservoirs would be at their peak in mid-May after winter and spring rains.

Wallis ran into opposition from senior air figures. But rescue was at hand. The shrewd Chief of the Air Staff Sir Charles Portal, who had now seen Wallis’s research, over-ruled the objections of his subordinates.

The Dambusters raid carried a heavy price for the RAF, as 53 crewmen from 617 Squadron were killed in the attack.

Wallis was shattered at this death toll. ‘He was desolate for the rest of his life. They were his boys,’ recalled his daughter Mary.

When in 1951 he was given a grant of £10,000 by the Royal Commission on Awards to Inventors for his war work, he handed it to Christ’s Hospital in Horsham to set up a trust to educate the children of RAF personnel killed or injured in action.

With the arrival of peace, the ideas continued to flow. Before he was forced to retire in 1971 at the age of 83, Wallis was involved in plans as various as swing-wing aircraft, hypersonic travel, large cargo submarines and radio telescopes. He was knighted in 1968.

But it was the bouncing bomb for which he will always be remembered.

In a touching letter to Roy Chadwick, designer of the Lancaster Bomber, just a week after the raid, Wallis said: ‘May I offer you my very deep thanks for the existence of your wonderful Lancaster, for it was the only aircraft in the world capable of doing the job, and I should like to pay my tribute of congratulation and admiration to you, the designer.’ 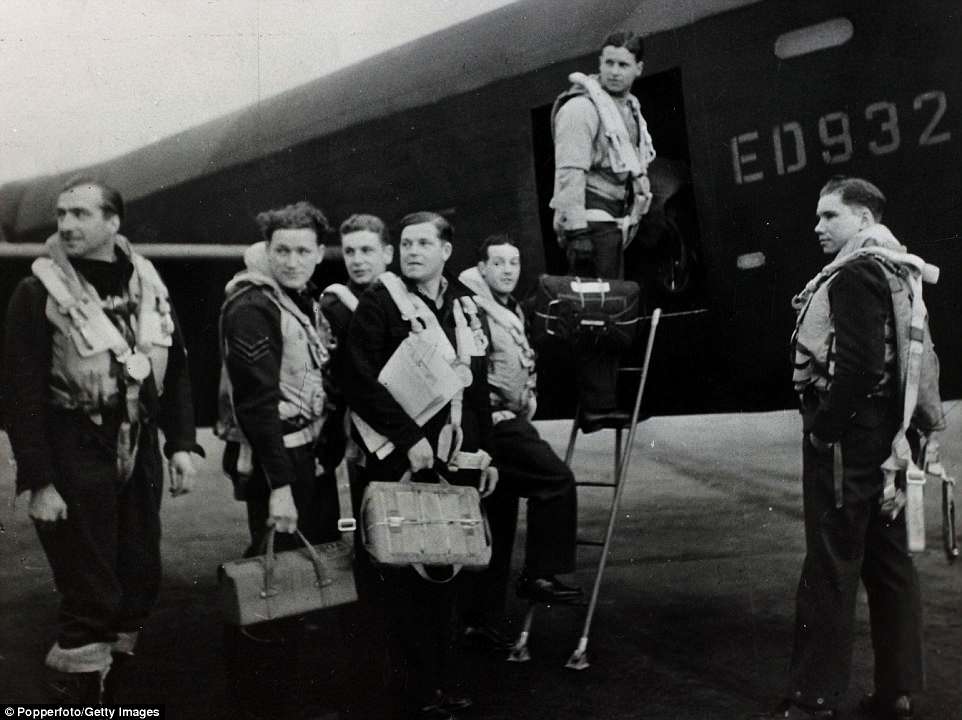