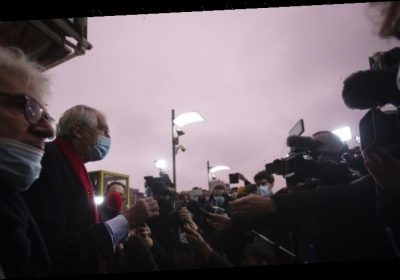 Belgium: An Iranian diplomat has been jailed for 20 years for plotting to bomb an opposition rally for the country’s exiles in Paris that was attended by 25,000 people, including five British MPs.

Assadolah Assadi, 49, who was based in Iran’s embassy in Austria, was found guilty with three co-defendants by a court in Antwerp of conspiring to attack the 2018 rally. His accomplices were jailed for between 15 and 18 years. 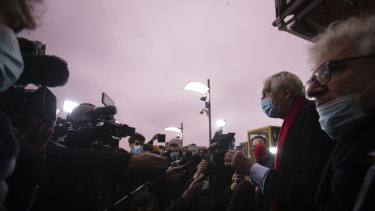 Lawyers George Henri Beauthier, second right, and William Bourdon, right, representing the National Council of Resistance of Iran, speak with the media as they arrive at the courthouse in Antwerp, Belgium.Credit:AP

Prosecutors alleged Assadi was directed to carry out the attack by Iran’s intelligence ministry. He smuggled half a kilogram of explosives and a detonator by air from Tehran to Vienna to give to his co-conspirators, who then drove to Belgium to hand them over to Nassimeh Naami, 36, and Amir Saadouni, 40.

The explosives were discovered in their car when they were stopped and arrested in Brussels in a joint operation involving Belgian, French and German security services.

Assadi was arrested in Germany, where police said his diplomatic immunity did not apply. All the men were charged, along with another co-conspirator, Mehrdad Arefani, 57.

The defendants denied planning to commit the attack with intent to kill large numbers at the rally staged by the National Council of Resistance of Iran, and attended by an estimated 25,000 people, including a delegation of 35 Britons.

After the verdict, Blackman called on Western governments to consider severing diplomatic ties with Iran.

The verdict will have focused attention on Iran’s overseas operations as Tehran sought to persuade Joe Biden’s US administration to ease sanctions and return to the 2015 nuclear deal.

However, it came as Hassan Rouhani, the president of Iran, claimed a “big victory” yesterday, when the International Court of Justice said it would hear the regime’s case for ending US sanctions.

The UN court only announced it would allow the case to go ahead, but Rouhani said: “I congratulate the Iranian people on a very big victory the government achieved yesterday at The Hague.”

The sanctions were imposed in 2018 by Trump, the former US president, after he announced that America was to withdraw from the Iran nuclear deal.