Iraq on Sunday sentenced 19 Russian women to life in prison for joining the Islamic State group, the latest in a series of heavy verdicts against foreign women linked to the jihadists.

The head of Baghdad’s Central Criminal Court, which deals with terrorism cases, said the women were found guilty of ‘joining and supporting IS’, according to an AFP journalist at the hearing.

Six women from Azerbaijan and four from Tajikistan were also condemned to life in prison Sunday on the same charge. 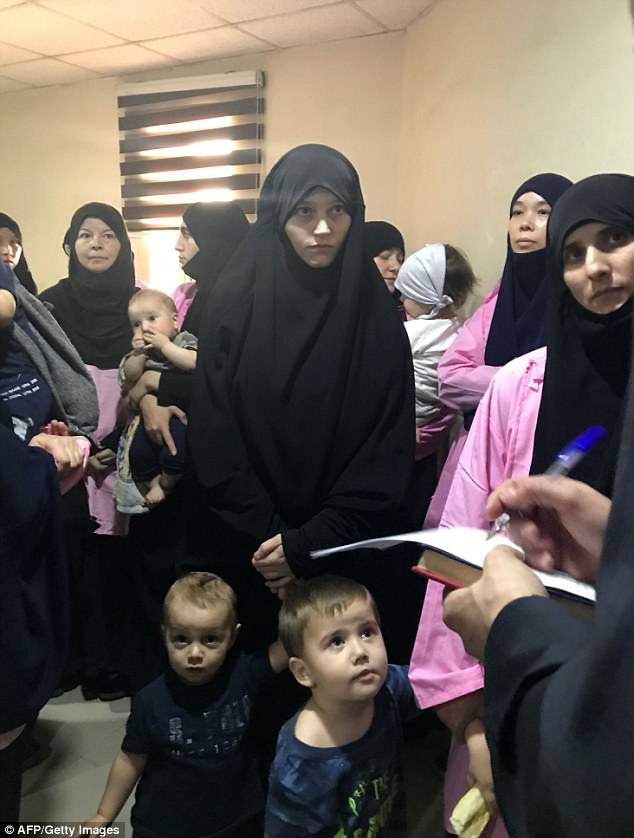 The women, who have the right to appeal against the sentences, entered the court one-by-one dressed in black headscarves and pink blouses, most of them accompanied by their children.

They addressed the court through a translator, a Russian-language professor at Baghdad University hired by their embassy for the trial.

‘We will contact the parents to inform them of the verdict,’ a Russian diplomat at the hearing told AFP.

IS took over nearly one third of Iraq in a blistering 2014 offensive, seizing control of the country’s second largest city, Mosul, among others. 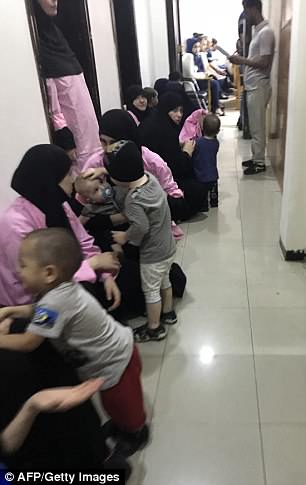 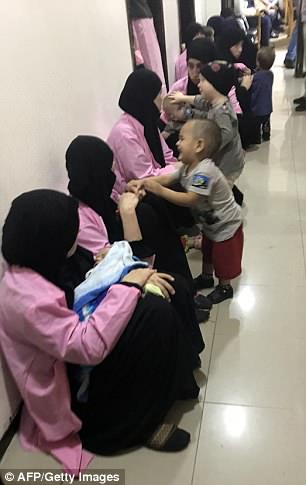 The president of Baghdad’s Central Criminal Court, which deals with terrorism cases, said the women were found guilty of ‘joining and supporting ISIS’ 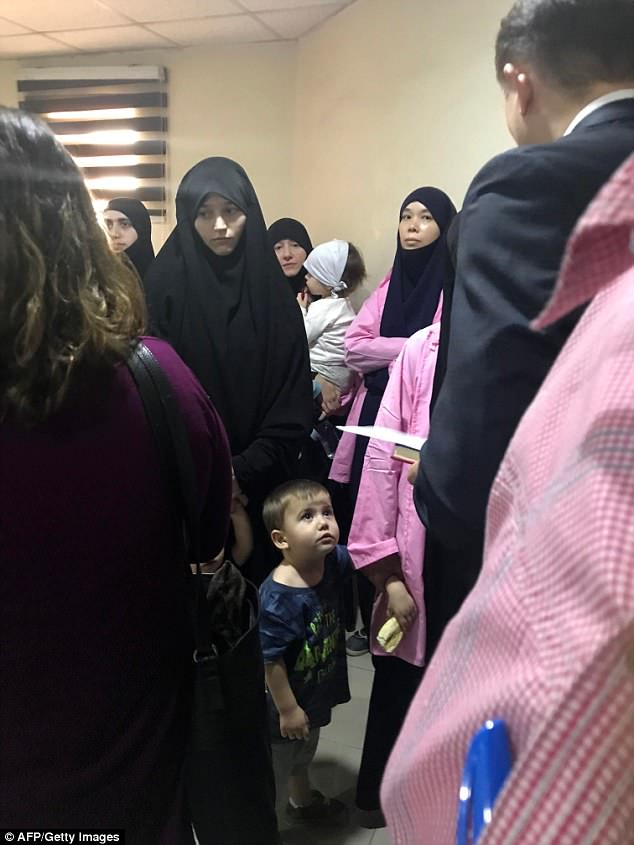 Baghdad declared military victory over the jihadists in December, after expelling them from all urban centres.

It has detained at least 560 women and 600 children identified as jihadists or relatives of suspected IS fighters, and is wasting no time in putting them on trial.

Most of the women on trial Sunday claimed they were tricked into going to Iraq.

‘I did not know we were in Iraq,’ said one of the accused.

‘I went with my husband and my children to Turkey to live there, and then I suddenly discovered that I was actually in Iraq.’ 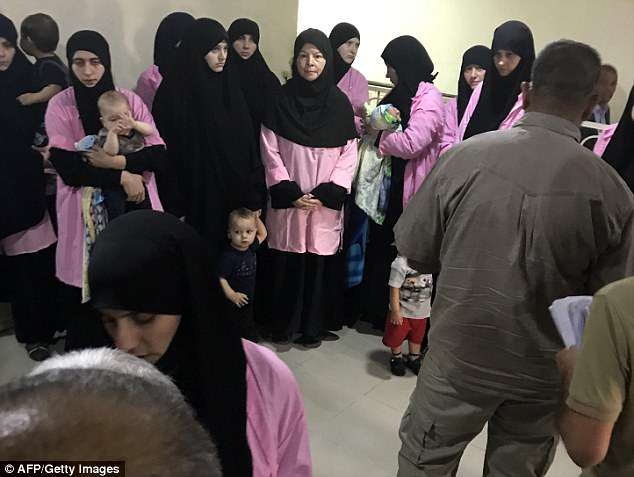 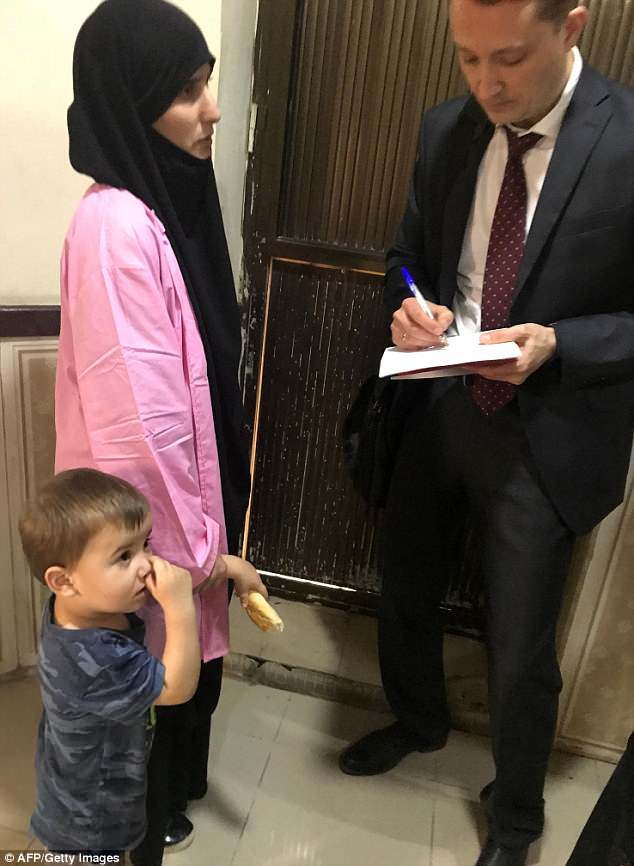 Experts estimate that Iraq is holding 20,000 people in jail over suspected ISIS membership. There is no official figure.

Iraqi courts have sentenced to death a total of more than 300 people, including dozens of foreigners, for belonging to IS, judicial sources said earlier this month.

Iraq’s anti-terrorism law empowers courts to convict people who are believed to have helped jihadists even if they are not accused of carrying out attacks.

They are being rushed through counterterrorism courts in trials that raise questions over whether justice is being done.

At the same time, families are often left in the dark about where their loved ones are being detained or what their fates are. 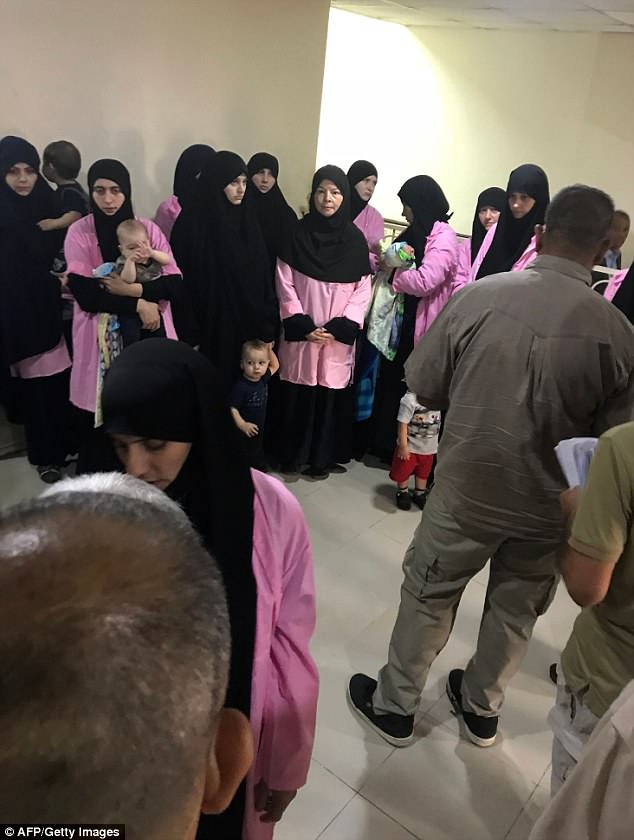 Iraq is holding huge numbers of detainees on suspicion of ties to the Islamic State group – around 11,000, according to Iraqi officials