Is the A1 still closed? 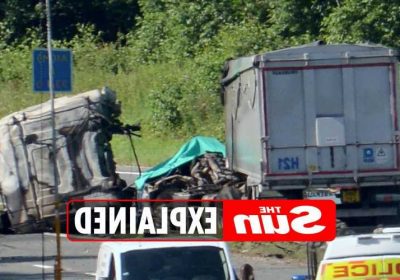 A HORRIFIC collision occurred after a lorry crashed through a barrier and burst into flames on the A1 motorway.

Three people have been killed as a man was arrested on suspicion of dangerous driving.  following the crash on July 15, 2021. 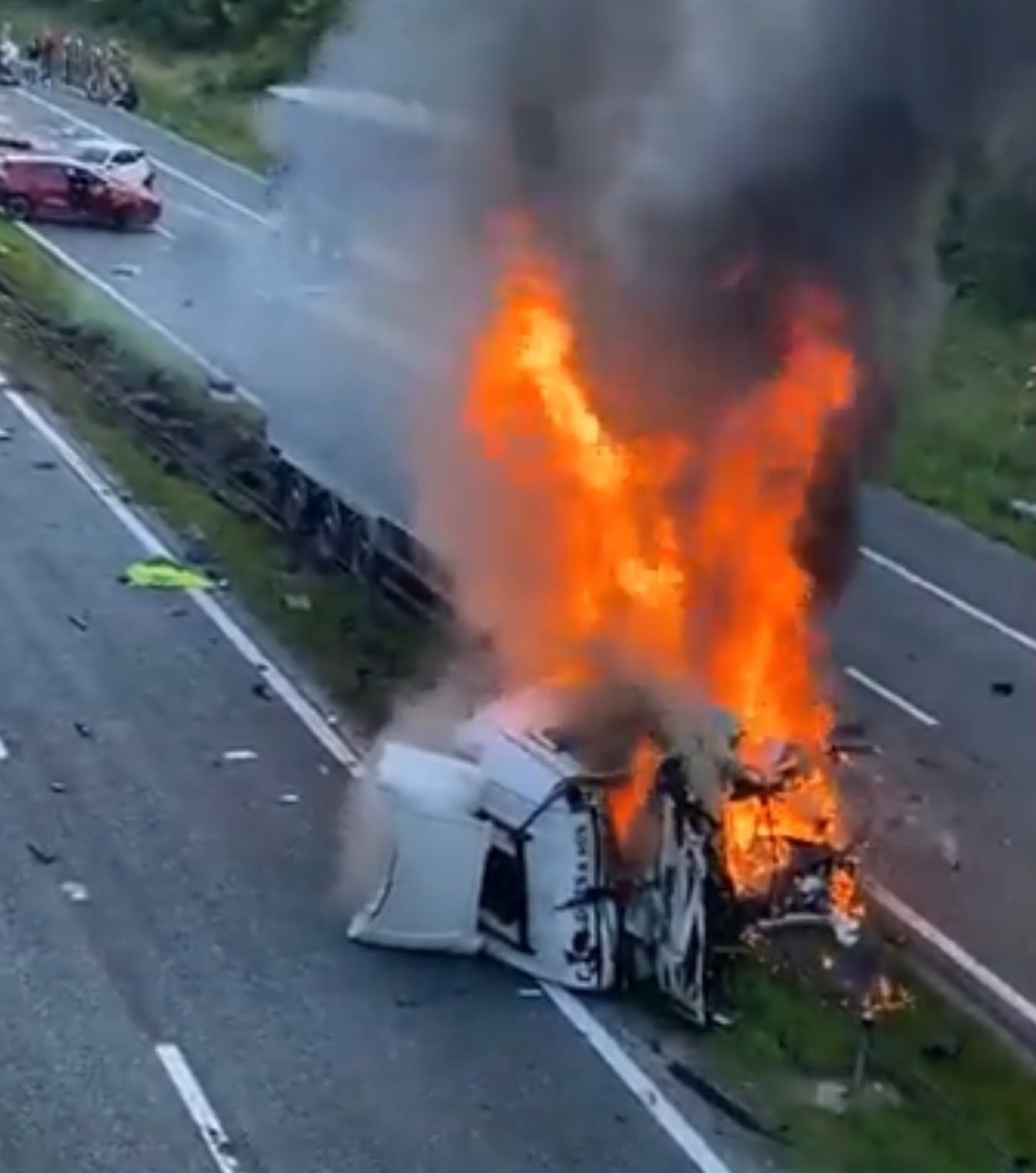 Is A1 still closed?

Both carriageways of the A1 remain closed following the crash.

Police said that the road will remain closed in both directions throughout Friday morning while investigators continue to work on the scene.

What caused the A1 crash?

The collision happened at 6.20 pm on Thursday July, 15, 2021 and it involved several vehicles.

At least three cars were badly damaged in the smash that unfolded about 6.20pm on the northbound carriageway at Bowburn.

Durham Police said: "(The collision) involved several vehicles, including two lorries, one of which caught fire as a result of the collision.

"Sadly, there appear to have been fatalities.

"The road has been closed in both directions between Bradbury and Carrville."

Three people were killed – the driver of a Toyota Hilux and a man and woman in a Vauxhall Crossland with several others being injured and two being rushed to the hospital.

Meanwhile, a 41-year-old man – the driver of one of the lorries – has been arrested on suspicion of causing death by dangerous driving and remains in police custody.

Where exactly did the crash happen?

The crash happened on the northbound carriageway at Bowburn.

The road has been closed in both directions between Bradbury and Carrville. 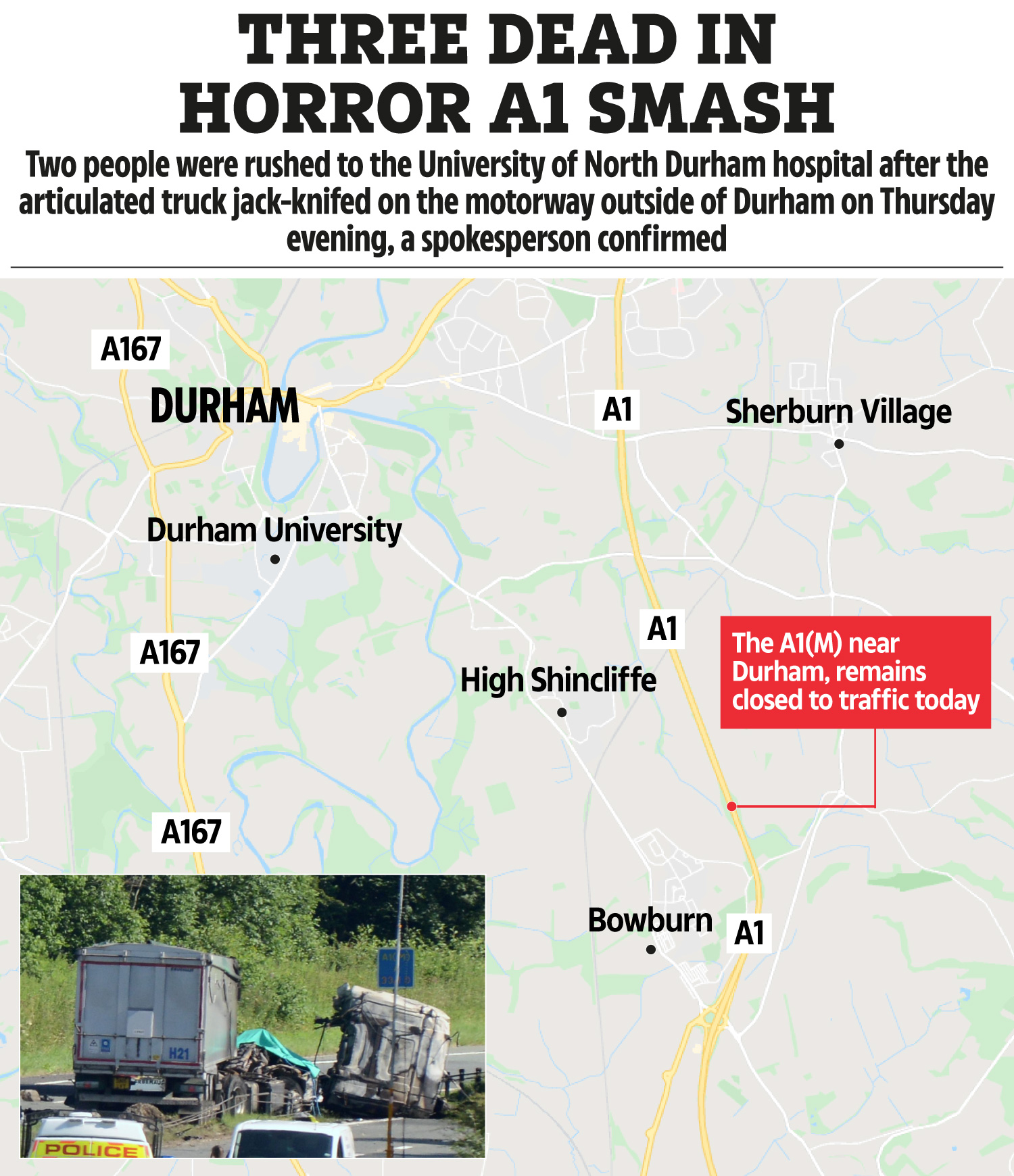 Have there been other serious accidents on the A1?