Ethiopia's Falashmuras are believed to be descendants of one of the Ten Lost Tribes of ancient Israel.  Thousands of Falashmuras moved to Israel following the creation of a Law of Return in 1975. 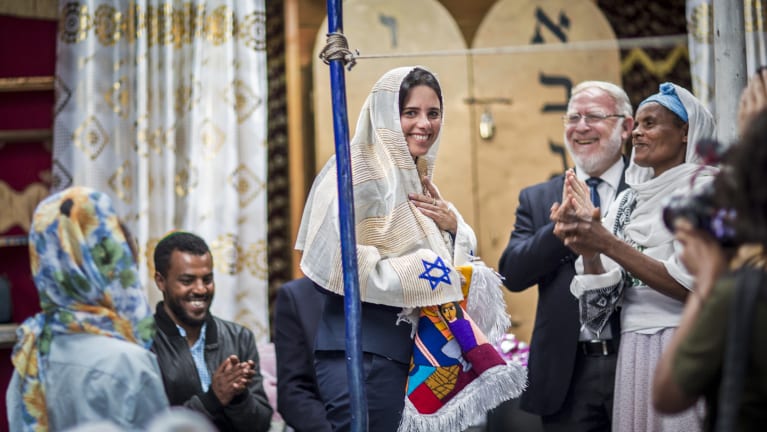 About 140,000 Ethiopian Jews live in Israel today, mainly in the Amhara and Tigray provinces. They are a small minority in a country of over 8 million. Their assimilation hasn't been smooth, however, with many arriving without suitable education and then falling into unemployment and poverty.

Those who remained complain of  being separated from family members for decades. 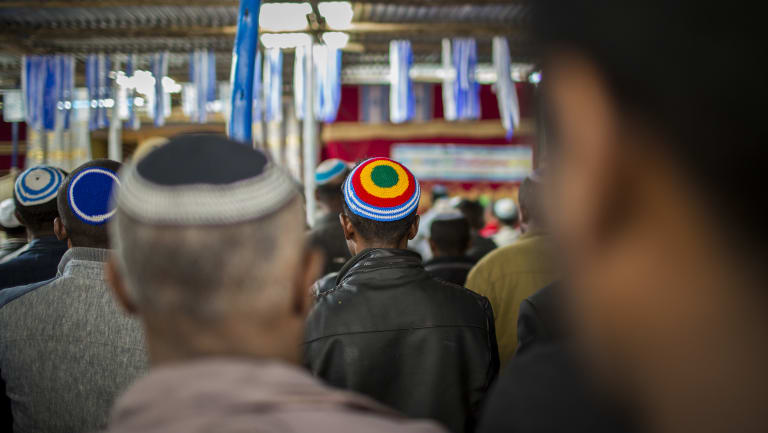 Members of Ethiopia’s Jewish community wait for the arrival of Israeli Justice Minister Ayelet Shaked at a synagoguein Addis Ababa.

Although many of those in Ethiopia are practising Jews, Israel doesn't consider them Jewish, meaning they are not automatically eligible to immigrate under the law that grants automatic citizenship to anyone with at least one Jewish grandparent. Instead, the government must grant them a permit on arrival.

But Justice Minister Ayelet Shaked, during a rare visit to Ethiopia on Sunday, promised to resolve the decades-long migration issue.

"These programs that will eventually reunite Ethiopian Jews with their families in Israel are not generally easy," said Shaked to the group gathered in the Addis Ababa synagogue.

"But I will try everything within my power to work with relevant offices to make this happen in the shortest time possible," she said. 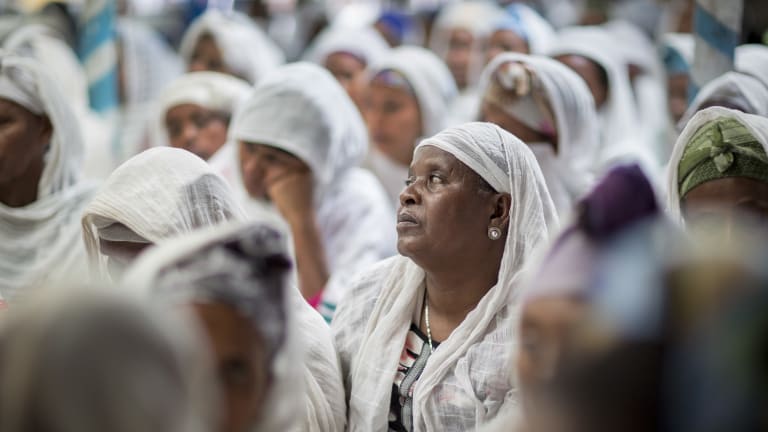 Shaked, on what is reported to be her first official visit to Africa, said she came to find out more about the situation of Ethiopia's estimated 8000 remaining Jews.

Members of the Ethiopian Jews who attended the meeting told her that they wanted to move to Israel, where many family members moved years ago. They said they want "aliya", the Hebrew term for the return of Jews in other parts of the world to Israel.

"We know aliyah for Jews that are descendants in other countries happened so swiftly that sometimes even their dogs were also included as they moved to Israel. Are we less important than these dogs?," asked Meles Sidisto, the community head of Ethiopia's Jews in Addis Ababa.

In an emotional speech, Sidisto reaffirmed that members of Ethiopia's Jewish population planned to stage a mass hunger strike should Israel fail to reunite them with their families soon.

"We are unhappy here. We have had enough here. If our situation is not resolved in a very short time, we will hold a momentous mass hunger strike that will help us present our voice to Israel and the world," he said.

Tigabu Worku, one of the synagogue's most active members, read a letter to Shaked in which he complained that he has been separated from his family for years.

The Israeli government did not approve the funding for the movement of the Ethiopians in its new budget but said a special ministerial committee would to discuss the issue. A date for that meeting had not been announced.