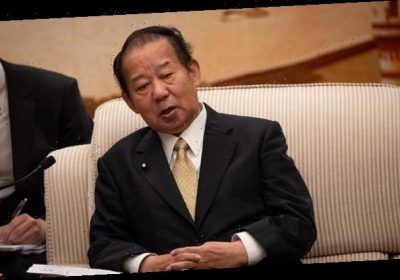 Japan’s ruling party has proposed to invite women to attend key meetings – so long as they do not speak – days after its Olympics chief was forced to resign for his sexist comments.

Leaders of the Liberal Democratic Party decided to allow five female lawmakers to observe its all-male board meetings during which the women are forbidden from talking.

The new proposal comes after a sexism row was sparked by Tokyo Olympics chief, Yoshiro Mori, who claimed that women prolonged meetings because they spoke too much. 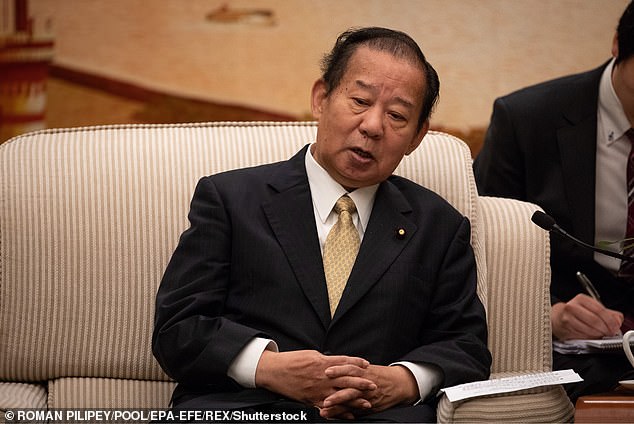 Toshihiro Nikai (pictured), secretary-general of Japan’s ruling Liberal Democratic Party, said today that he had heard criticism that the party’s board was male-dominated

Toshihiro Nikai, secretary-general of the Liberal Democratic Party, said today that he had heard criticism that the party’s board was male-dominated.

He added that although the board members had been elected, it was important for the party’s female members to ‘watch’ the party’s decision-making process.

The women will not be allowed to speak during these sessions – only submit opinions separately to the secretariat office.

‘It is important to fully understand what kind of discussions are happening. Take a look, is what it is about,’ Nikai said at a news conference late on Tuesday.

The party’s announcement comes just days after Yoshiro Mori, the head of the Tokyo 2020 Olympic organising committee, was forced to resign last week amid global outrage sparked by his derogatory comments about women. 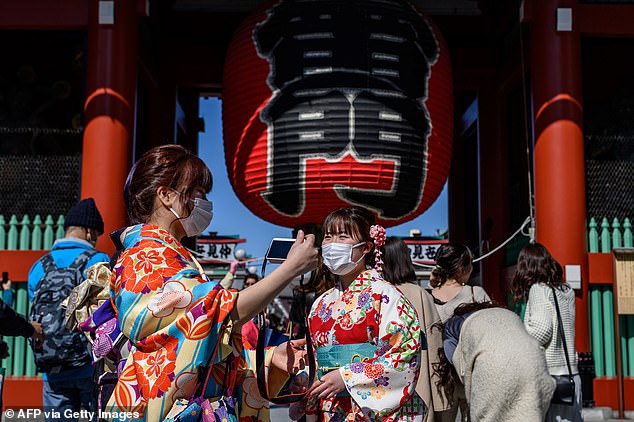 The sexist comments made by Japan’s Olympics chief, Yoshiro Mori, highlighted the deep-rooted sexism within Japanese society. In this file photo, women in traditional Japanese kimonos visit Sensoji temple in Tokyo on March 3, 2020

During an online Japanese Olympic Committee meeting on Febraury 3, the 83-year-old former prime minister said that ‘meetings with many women take a long time’ because ‘women are competitive.’

‘When one of them raises her hand, others probably think they have to talk too and everyone says something,’ he added.

The chief added that the women attending that particular meeting were ‘sensible to know their place.’

His comments came after he was asked about the small number of females on the JOC board compared to a 40 per cent target. 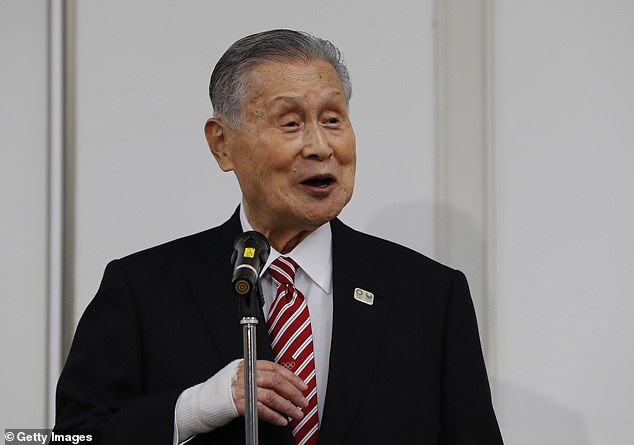 The party’s proposal comes after a sexism row was sparked by Tokyo Olympics chief, Yoshiro Mori (pictured), who claimed that women prolonged meetings because they spoke too much

Mori said he had heard comments that increasing the number of women would be a problem unless time limits are put in place. He was interpreted as trying to bar women who speak up against those in power.

The Olympics chief was forced to retract his remarks and apologise the next day after the comments were widely reported.

The former prime minister’s remarks drew sharp criticism in parliament, where opposition lawmakers demanded his resignation, and from the public on social media.

It also highlighted the deep-rooted sexism within Japanese society.

According to the World Economic Forum’s 2020 Global Gender Gap Index, Japan is ranked 121st out of 153 countries as the worst among advanced countries, reflecting a poor image of the country on women’s economic participation and political empowerment.