Home » Joe Biden rebuked for Israel arms deal and told to stand up to Netanyahu: ‘Grow up!’

Joe Biden rebuked for Israel arms deal and told to stand up to Netanyahu: ‘Grow up!’

Despite complaints from the Democratic left about the pending weapons deal, the US President has promised to replenish Israel’s Iron Dome missile defence system, which intercepted around 90 percent of missiles fired from Gaza during the 11-day war. Mark Perry, an expert on US foreign policy, said the political ground in America has shifted significantly in recent years and Mr Biden should realise he is in a position to slap conditions on Israel under any agreement.

He told Express.co.uk: “The United States should not be shipping weapons to Israel that they’re going to use to target innocent civilians and that’s what they’re doing.

“Now their excuse is that Hamas and the [militant] Palestinians in Gaza use innocent people as human shields – complete nonsense of course. It’s just an excuse.

“The United States needs to grow up on this and understand what’s happening.

“I don’t want to say that they’re targeting civilians on purpose, I’m not so sure, but there’s collateral damage more and that’s a euphemism for dead innocent people.

“And that’s what’s happening here on both sides and it needs to end. The United States can play a role in that by just refusing to ship arms to countries that do that.” 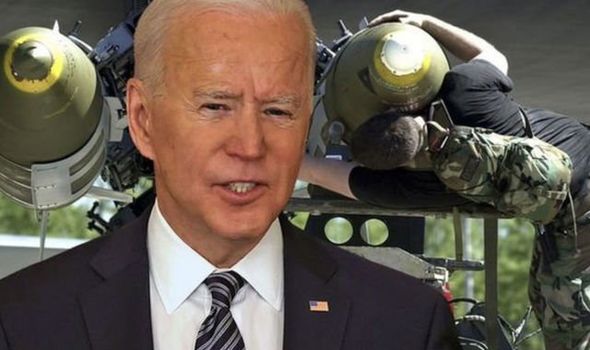 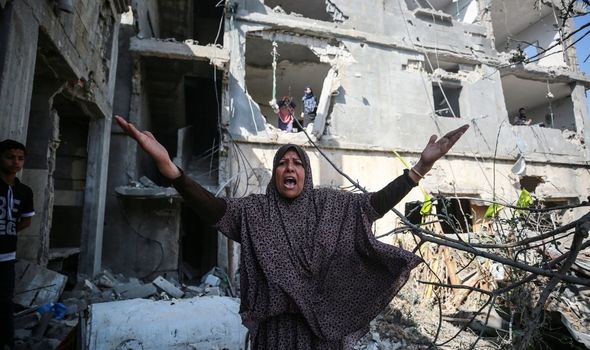 The warning from the senior analyst at the Washington DC-based Quincy Institute for Responsible Statecraft, a think tank that advocates military restraint, comes amid uproar over the proposed arms deal.

Mr Perry argued that Mr Biden is in a stronger position than his predecessors to call Israel out on the world stage for its actions in Gaza.

While US politicians on both sides of the aisle have asserted Israel’s right to defend itself against rockets from Hamas, a handful have expressed concern over the high number of casualties in Gaza.

Palestinian officials have said 248 people, including 66 children, were killed in the latest round of fighting while 1,900 were wounded. 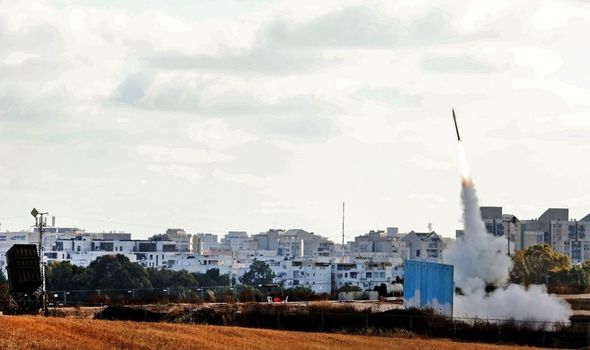 The Israeli military said an Israeli soldier had been killed as well as 12 civilians, including two children.

Mr Perry said due to the changes America’s society has undergone in recent years, Washington is now in an unprecedented position to hold Israel to account more than ever.

He said he has “a sense that in the White House and in the American foreign policy establishment there’s real discomfort with Israel’s activities in this conflict.”

He explained: “This isn’t a fair fight. The Israelis are deploying F-16s and artillery pieces against a population that’s basically living in a postage stamp in Gaza. 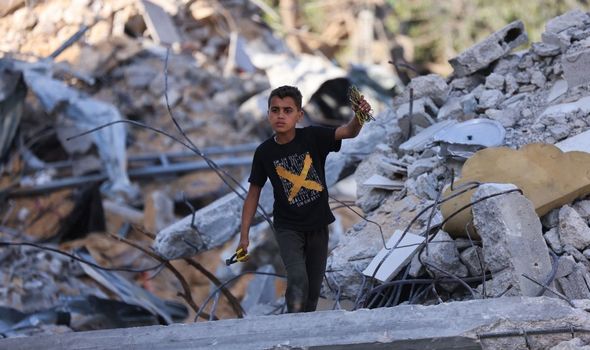 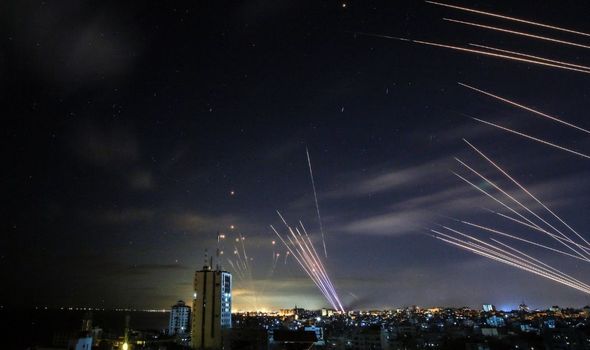 “And Mr Biden needs to acknowledge that and I think he needs to be tougher. And if he were tougher he’d realise he has a lot more support than he thinks.

“I have followed this conflict for a long time… because it’s gone on and on and on, and it’s time for the United States to kind of pivot back to the conflict and use its influence to provide some leadership on it and we haven’t done that.

“Increasing numbers of members of the Democratic party are now critical of Israel, there’s a new constituency in the United States.

“We’ve had a Black Lives Matter movement that focuses on human rights and for many of these members of the Democratic Party this conflict is about human rights. 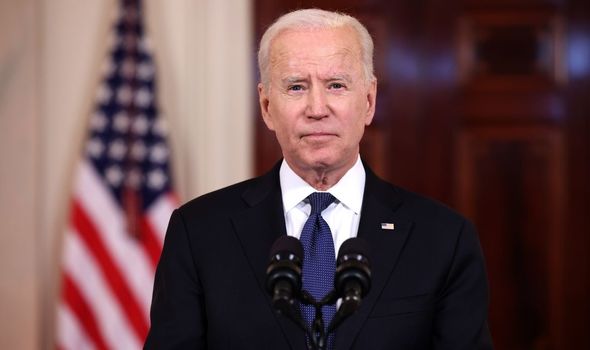 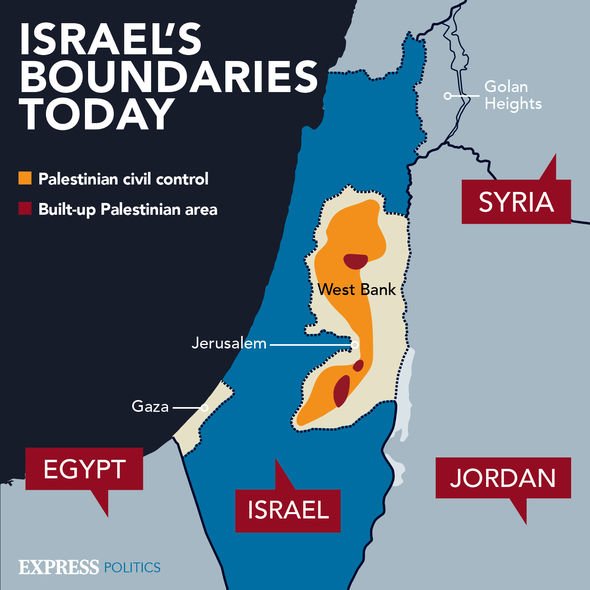 He suggested Mr Biden’s soft response to the latest round of violence was due to the fact that he is “probably lives in the past” when US politicians felt they could not openly criticise Israel’s atrocities.

The foreign policy expert said if the president condemned Israel’s cations it would have a “significant impact on the conflict for many years to come”, adding: “I think it’s time for him to do it.”

He argued that while the US continues to rely on Israel as a major ally in the troubled region, “we now are making different calculations on what that alliance means – it’s not without conditions”. 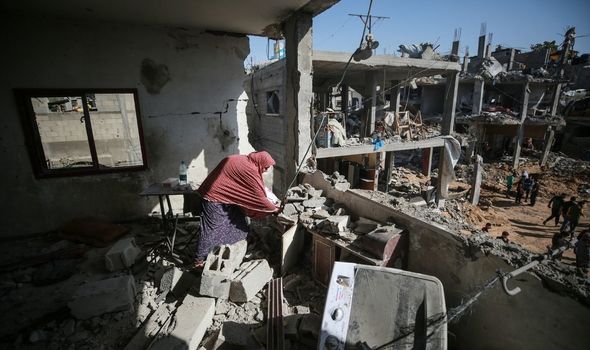 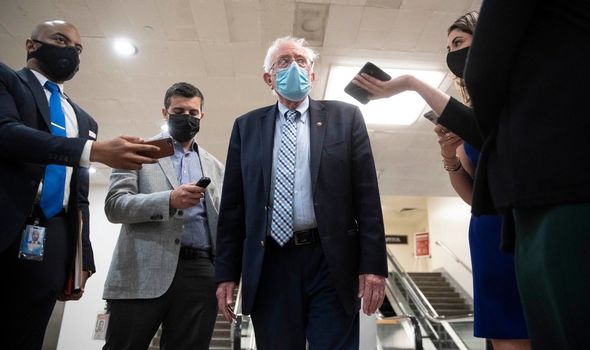 On Thursday Democratic Senator Bernie Sanders introduced a resolution blocking the multi-million dollar weapons sale to Israel, after a similar move was made by the House of

Representatives in response to conflict between Israel and Gaza’s Hamas leaders.

The measures were unlikely to pass in either the House or Senate, where bipartisan support for arms sales for Israel has traditionally been strong.