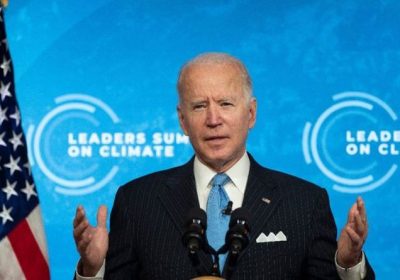 US built a ‘failed nation’ in Afghanistan says Scott Ritter

Joe Biden has been forced to defend the US military withdrawal from Afghanistan after nearly 20 years amid concern the Taliban are reading to sweep into power across much of the country. Mr Biden argued this week that the United States’s core objectives, namely defeating Al-Qaeda, had been accomplished as he announced all combat troops would be pulled out by August 31. However, the American President’s stance has been slammed by former UN Weapons Inspector Scott Ritter.

Mr Ritter told RT: “If all we wanted to do was kill Bin Laden and annihilate AL-Queda we got have done that much sooner without taking that which we did undertake.

“Biden can say otherwise but the reality is we were involved in nation-building.

“We did build a nation in Afghanistan, a failed nation and now we are abandoning it.

“I would be the last person to argue for a continued American military presence but we need to be honest with the Afghan people.

“With their neighbours, with their regional neighbours and with the world.”

“That what we did for the last 20 years was fail,” added the former UN weapons inspector.

“We lost, and now we should be looking to the international community especially Afghanistan’s regional neighbors for assistance in helping come up with a solution.

“But by pretending that we are mission accomplished that we did what we wanted to do and now it is on the Afghan people to fix this mess.

“That is just disingenuous.”

It comes after President Biden sought to defend his administration’s decision to pull US military forces out of the war-torn country.

“We went for two reasons,” he said.

“One, to bring Osama bin Laden to the gates of hell, as I said at the time.

“The second reason was to eliminate Al Qaida’s capacity to deal with more attacks on the United States from that territory.

“We accomplished both of those objectives. Period.”

Mr Biden added: “We did not go into Afghanistan to nation-build.

“It’s the right and the responsibility of the Afghan people alone to decide their future and how they want to run their country.”