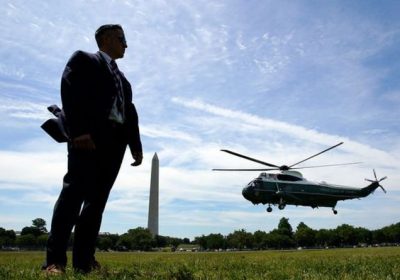 Mr Biden will leave for the UK later today, marking his first international visit as President. Ahead of the international meeting of leaders, more than 50 luxury cars and 400 Secret Service agents touched down at St Mawgan airbase near Newquay.

The aircraft were carrying out test runs for the President Biden’s route from St Mawgan to Tregenna Castle Resort in St Ives.

Other jets were seen tracing the route Air Force One will take when it arrives at Newquay Airport later this week.

Three US Marine Osprey aircraft were spotted hovering over Haldon Hills, near Exeter, then Carlyon Bay – and finally at Tregenna Castle.

The aircraft were brought over by US Air Force’s Boeing C-17 Globemaster III and offloaded at the Royal Navy airbase Culdrose, near Helston, on Sunday. 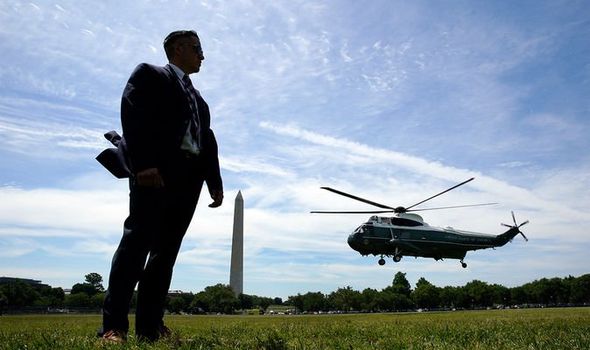 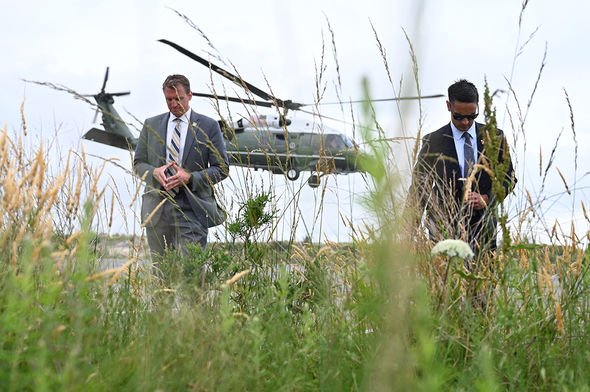 In addition, around 1,000 police will be staying on a cruise liner at Falmouth harbour and in camper vans parked at the RAF base in Newquay.

Social media images show caravans congesting the A30, leaving much of the road along the Devon-Cornwall border paralysed by traffic.

Secret Service agents will be staying in hired camper vans, as there is not enough accommodation for them.

All nearby hotels and bed & breakfasts are fully booked by holidaymakers enjoying the sunny weather, forcing Secret Service agents to pay thousands for the week.

The vehicles are expected to be driven to the Tregenna Hotel where President Biden will be staying for three days. 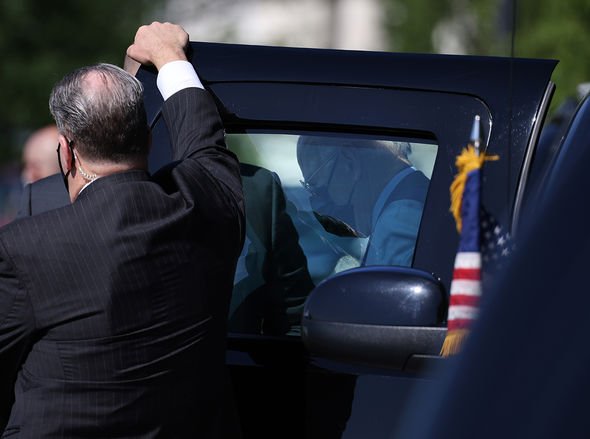 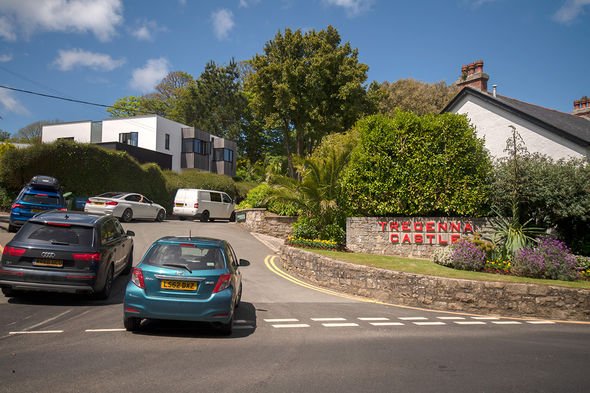 More than 6,500 police from forces across the UK are set to be deployed during the summit.

A police spokesperson for G7 planning said: “We will be deploying over 6,500 officers and staff to this event and we are supporting a vast range of local businesses and suppliers as part of our extensive logistical arrangements.

“This includes using over 4,000 rooms at almost 200 venues across Devon and Cornwall which will support local communities and accommodate police officers and staff deployed from across the UK.

“In order to secure further essential capacity, we reviewed a number of options and recently agreed to hire the MS Silja Europa, operated by Tallink; taking into account impacts to the environment, community, the operational needs, and those of our officers and staff.

“The vessel will remain static, moored in Falmouth, used for a 10-day period, with only the accommodation, catering and other essential facilities in use.” 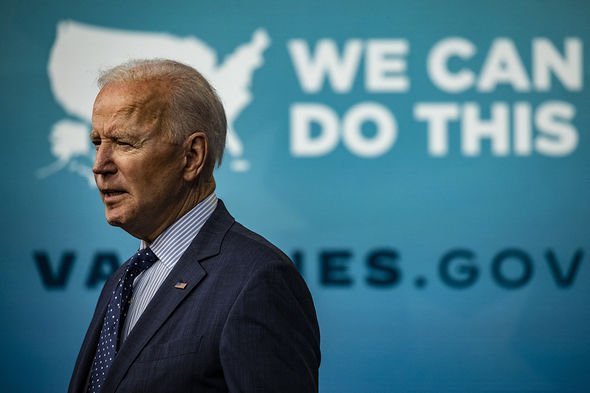 Mr Biden is expected to raise issues with the Brexit trade deal and the Northern Ireland Protocol with the Prime Minister.

In an article for the Washington Post, published on Sunday, he also wrote: “In the United Kingdom, after meeting with Prime Minister Boris Johnson to affirm the special relationship between our nations, I will participate in the G7 summit.

“This group of leading democracies and economies has not met in person in two years due to the coronavirus.

“Ending this pandemic, improving health security for all nations and driving a robust, inclusive global economic recovery will be our top priorities.”