They claim Wayne, who won an Oscar for his 1969 Western classic True Grit and starred in 142 movies including patriotic blockbusters The Green Berets and Sands Of Iwo Jima, has finally been shot down himself by “cancel culture” activists. Councillors in Orange County, California have voted to rename John Wayne Airport – about 35 miles south of LA – that has borne the actor’s name since his death in 1979.

They also want to take down a nine-foot bronze statue of the star, still known to millions by his nickname The Duke, that has stood at the airport’s main terminal since 1982.

And the university where he studied – and was a star in their American football team in the 1920s – is replacing a tribute after protests by past and present students.

Evan Hughes of the University of Southern California said the Wayne exhibit, in the School of Cinematic Arts foyer, will go “imminently.”

The uproar follows republication of a 1971 interview with Wayne in Rolling Stone magazine which left many horrified.

He declared: “I believe in white supremacy until the blacks are educated to a point of responsibility.” He also said he felt no remorse for the subjugation of Native Americans, adding: “Our so-called stealing of this country from them was a matter of survival. 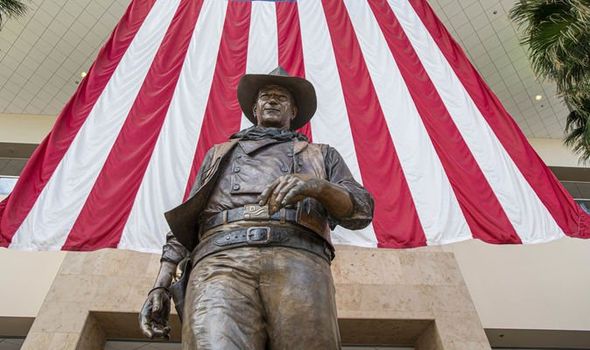 “There were great numbers of people who needed new land, and the Indians were selfishly trying to keep it for themselves.”

Wayne also used a “homophobic slur” while discussing characters in the film Midnight Cowboy which, along with counter-culture classic Easy Rider, he described as “perverted”.

However, the late icon’s son Ethan Wayne, 58, who manages John Wayne Enterprises and is a director of the charitable JohnWayne Cancer Foundation, has defended his father.

He said: “Those words pained him as well, as he realised his true feelings were wrongly conveyed. The truth is, as we have seen in papers from his archives, he did not support “white supremacy” in any way and believed that responsible people should gain power without the use of violence.” 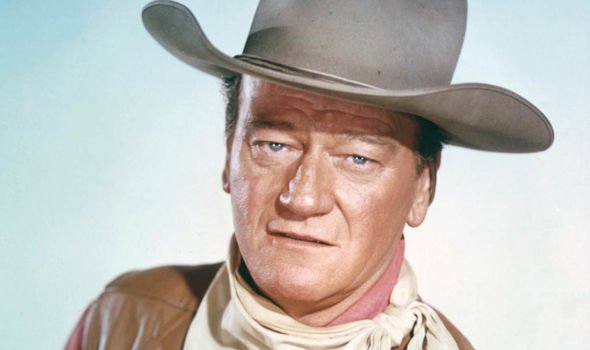 Mr Wayne also claimed that if his father were alive to have witnessed the atrocity in Minneapolis that helped ignite the Black Lives Matter movement, “he would have pulled those officers off of George Floyd because that was the right thing to do. Let me make one thing clear: John Wayne was not a racist. “

Wayne’s daughter Marisa, 54, added that he is often wrongly thought of as a “right-wing, hard-ass guy”. But she insisted: “He definitely had his opinions but he respected you if you disagreed with him.

He had an ability to see both sides.”

A second daughter, Aissa, 64, said the star was “kinder, more fair-minded and more empathetic” than the Rolling Stone interview suggests. “He loved people,” she went on. “He was a people person.”