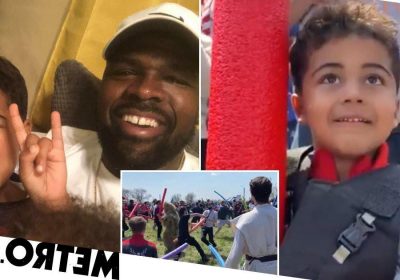 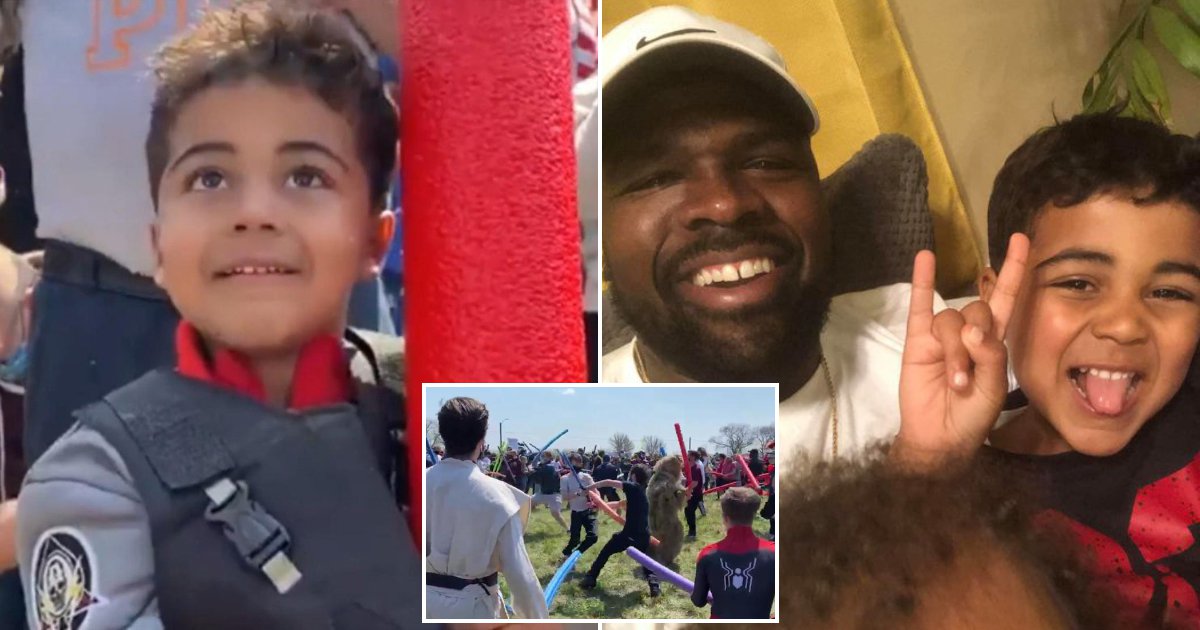 A four-year-old boy is celebrating his triumph in an epic pool noodle battle of the Joshes at the weekend.

Josh Vinson Jnr became the chosen one after hundreds of his namesakes turned up for the playfight in Lincoln, Nebraska.

A snap of the delighted victor with his father, Josh Vinson Sr, was posted on a Facebook group set up to organise the event, which attracted people of all ages.

His dad said: ‘He says to tell everyone thanks!!!!’

Josh Sr, on his personal page, added: ‘We found out last night that the proceedings of the battle was donated to the Children’s Hospital of Omaha.’

Josh Sr said his now world-famous son had been helped at the children’s hospital.

Adrian Hood, one of the organisers of the event, told Metro.co.uk: ‘The Josh fight was energetic and positive. 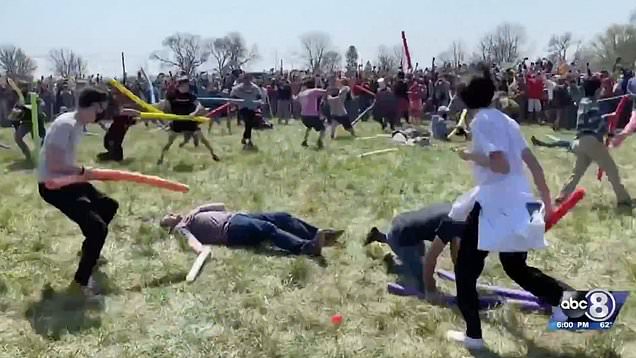 Little Josh, as he has been dubbed, became the one true bearer of the name after the crowd gathered for the fight from all over the US.

Armed with foam pool noodles, and with many in superhero costumes, they battled each other in a field on Saturday.

Josh Swain, 22, a student from Tucson in Arizona, started the eponymous showdown by messaging other people who shared his first name on social media.

After he chose a location at random, hundreds of people showed up at Air Park to take part.

Little Josh emerged as the flag-bearer for the name and was bestowed with the honours of a Burger King crown and a belt and raised into the air.

Ideas are already flooding in for a repeat next year, with some suggesting an alternative name should be chosen.

Nector Negron-Diaz asked: ‘How can I Josh-ify my existence? I’m no Josh…’

And Poe suggested a worldwide movement might now be on the cards, asking: ‘Do we have Joshes here who live in Asia? We need to assemble!!

Alanna Apicelli also spotted a crucial loose end, asking: ‘What will the failed Joshes be named?’