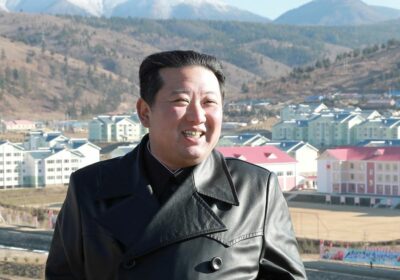 Want stories that are quite literally out of this world? Get Spaced Out direct your inbox

Ranting dictator Kim Jong Un is readying North Korea for a grand venture into space as he hopes to give the isolated country a 'boost' amid widespread famine and economic struggle.

New propaganda from an event in the rogue nation states that it intends to launch a satellite into orbit in the near future as part of “peaceful space development” plans .

A conference held at the Kim Il Sung University in Pyongyang last week discussed how to use research in satellite technology for purposes of economic growth.

It is an especially pressing concern in North Korea at present, which is experiencing one of the worst economic crises in its 73-year history.

State news agency KNCA said: “The symposium [was] conducive to confidently propelling our space development plan in keeping with the positive international efforts for developing and using space, a common wealth of mankind, and to developing the economy of the country".

In October a graphic featuring a satellite was included at a missile expo held in the capital, according to NK News, prompting fears over the clear military element to Pyongyang's space programme.

The DPRK previously launched a satellite named Kwangmyŏngsŏng-4 into orbit in February 2016, which it said broadcasts data back down to Earth twice a day.

Experts from other countries have been unable to confirm these claims.

After the launch, the United Nations Security Council said it believes that the tests were a cover for the "development of nuclear weapons delivery systems”.

Tough border measures brought in during the Covid-19 pandemic have worsened food shortages in North Korea's population of 25 million, which who were already suffering from international sanctions and a string of natural disasters.

Four out of ten North Koreans were estimated to have been impacted by storms in 2019 alone, according to the Asian Disaster Reduction Center.

To read more out-of-this-world astronomical and alien news, why not subscribe to the Daily Star's Spaced Out newsletter.