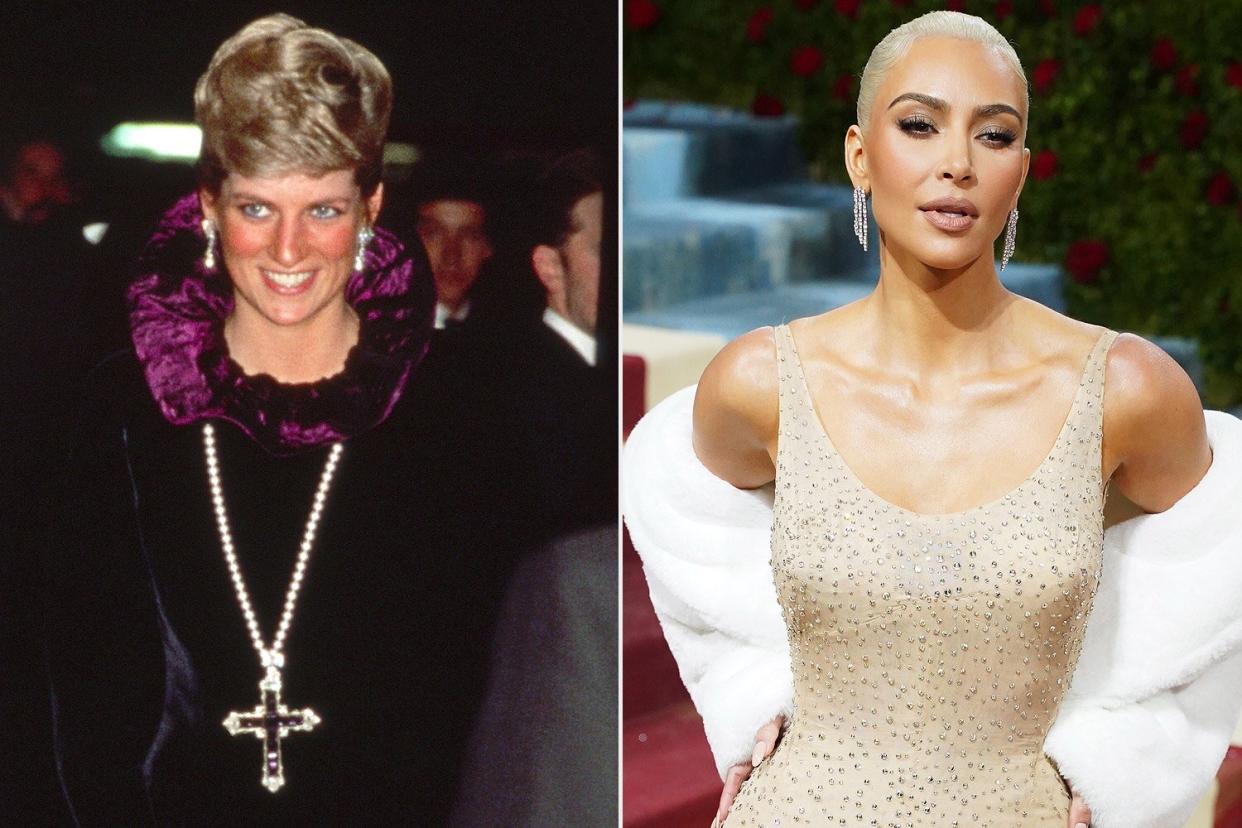 The Kardashians star bid for the piece — which features square-cut amethysts accented by circular-cut diamonds weighing in at 5.25 carats — and eventually snagged it for $197,453 within the last five minutes. Sotheby’s notes this was “double its pre-auction estimate.”

“This is a bold piece of jewelry by its size, color and style which cannot fail to make a vibrant statement, whether it be of faith or fashion — or indeed both,” Sotheby London’s Head of Jewelry, Kristian Spofforth, shared in a statement. “We are delighted that this piece has found a new lease of life within the hands of another globally famous name.”

Sources confirm to PEOPLE that Kim is honored to own a fine piece of jewelry once worn by the late princess. The beautiful cross pendant will be added to her growing collection of jewelry, pieces that were once worn or owned by strong, iconic women who have inspired Kim.

The late Princess of Wales donned the pendant on multiple occasions, the most notable being Birthright’s 1987 London charity gala supporting the organization’s humanitarian work for those in pregnancy and childbirth.

She wore the bejeweled, floral-detailed pendant on a long pearl chain and with a royal purple Victorian velvet gown by Catherine Walker. 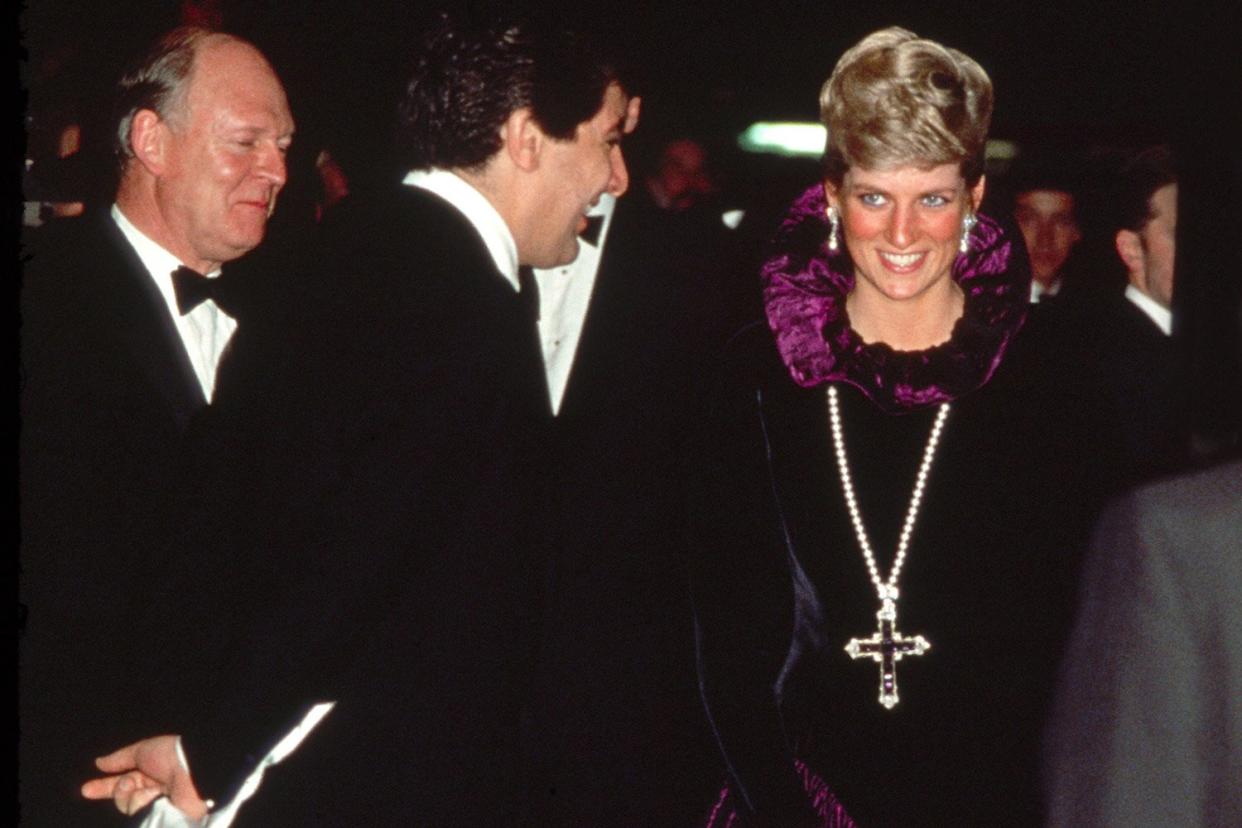 According to a press release issued by Sotheby’s, the ornament has a decades-long history starting with court jewelers Garrard, which designed the one-off pendant in the 1920s. It was later bought by the late Naim Attallah CBE, the former group chief executive of Asprey & Garrard who often loaned the one-of-a-kind gem to Princess Diana, in the 1980s. According to the Sotheby’s release, the cross was only ever worn by the Princess, and following her death, it hasn’t been seen in public, until now.

The organization also notes that Princess Diana had a close relationship with the jeweler, a bond so connected that she selected her engagement ring from the house in 1981. 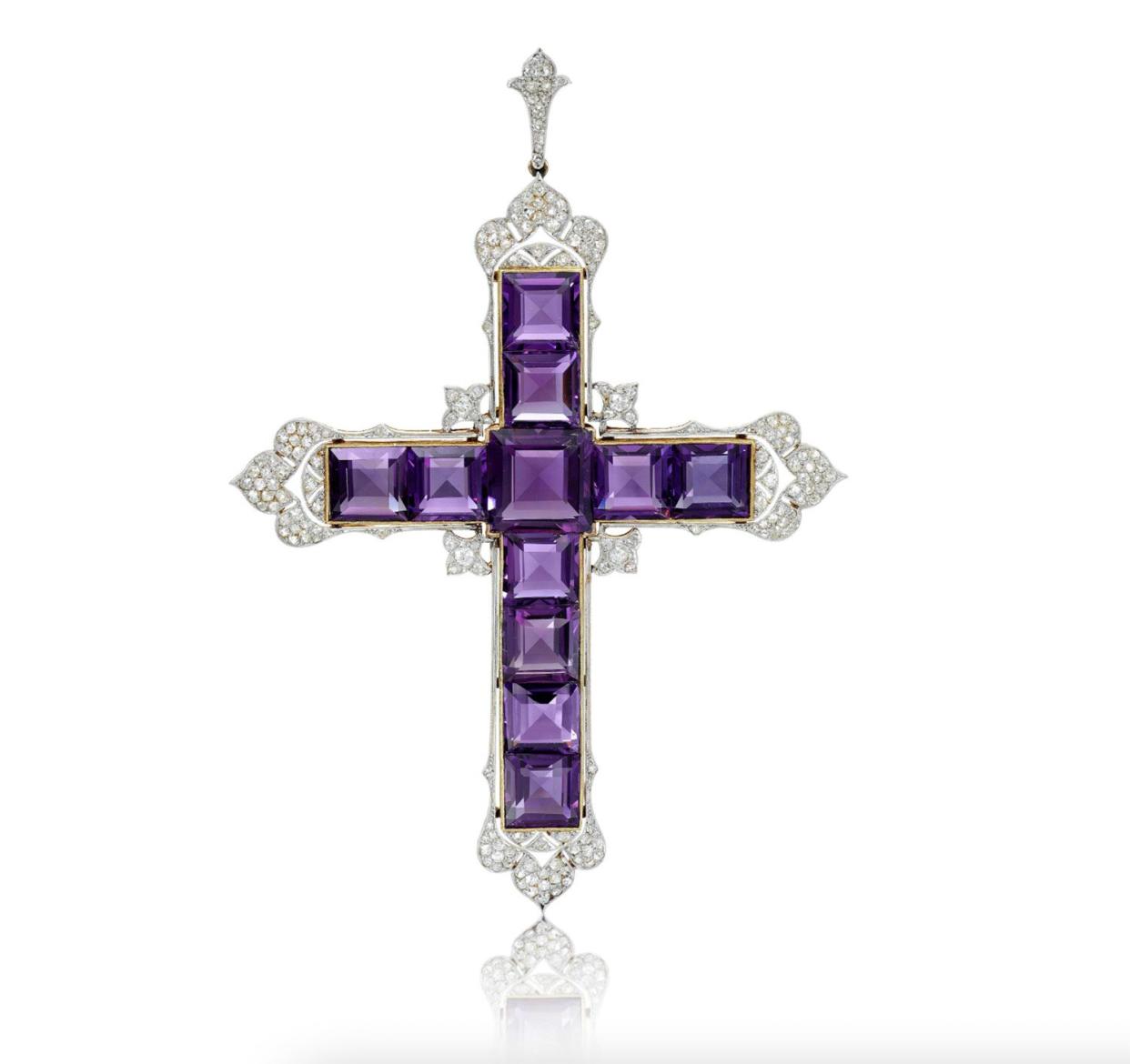 Kardashian has previously made headlines for rewearing pop culture artifacts.

Last May, she broke the internet — and sparked backlash — after stepping out at the 2022 Met Gala in the same crystal-embellished Jean Louis gown worn by Marilyn Monroe when serenading then-president John F. Kennedy on his birthday in 1962.

Borrowed from the Ripley’s Believe It or Not Museum in Orlando, Florida, the iconic champagne-colored silk soufflé dress featured a curve-hugging silhouette and a scoop neckline. 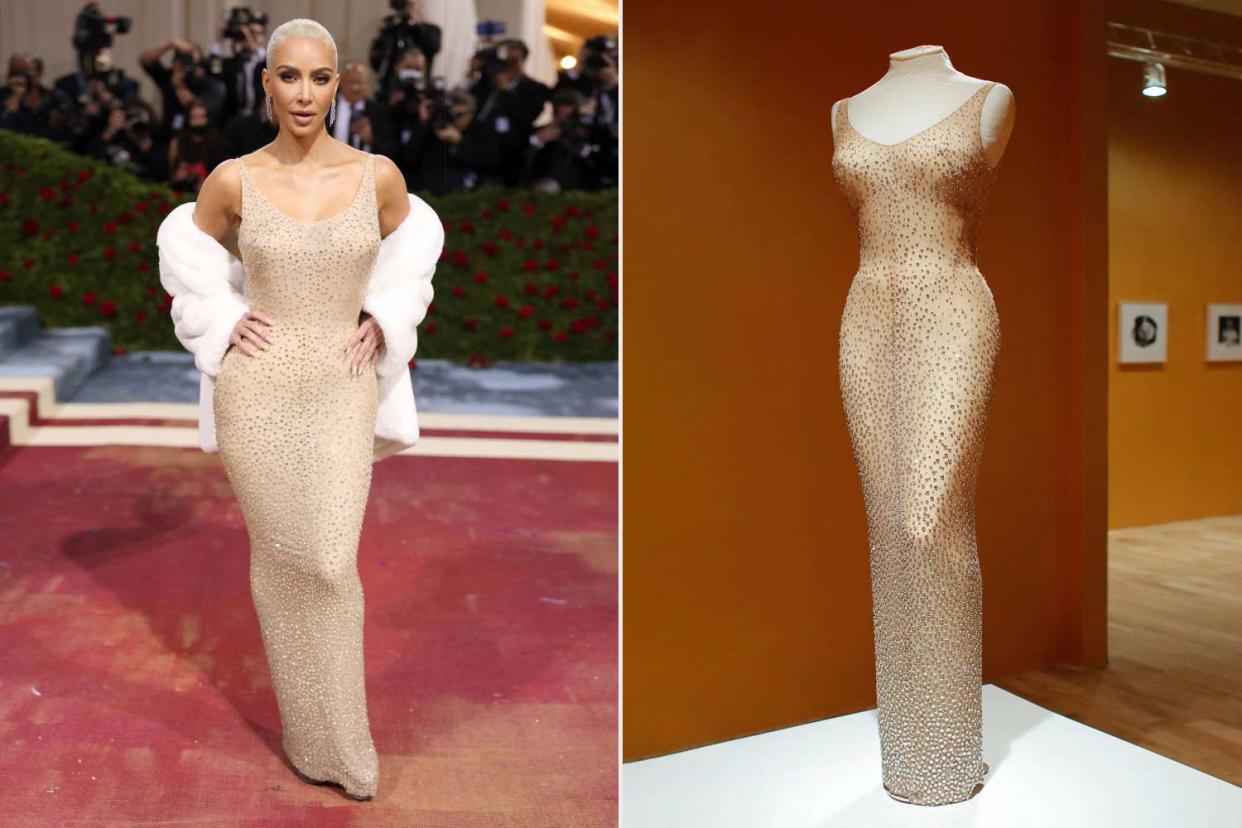 Kardashian went to great lengths to embody the Hollywood icon, bleaching her hair platinum blonde for “14 hours straight” and partaking in a no-carb, no-sugar diet.

Never miss a story — sign up for PEOPLE’s free weekly newsletter to get the biggest news of the week delivered to your inbox every Friday.

Although she received backlash for her weight loss and for wearing the iconic, delicate garment in the first place, Kardashian compared the transformation to an actor preparing for an on-screen role, telling the New York Times: “To me it was like, ‘OK, Christian Bale can do it for a movie role and that is acceptable,'” adding, “Even Renée Zellweger gained weight for a role. It’s all the same to me.”