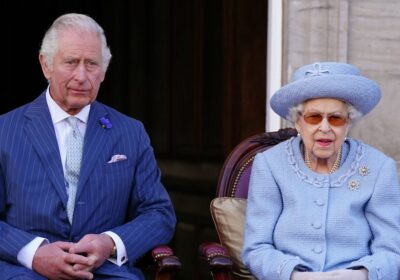 The Queen's heir to the throne, Charles has delivered his first statement to the British public and Commonwealth as king.

It was announced at 6.30pm that Her Majesty had died on Thursday, September 8, at her summer residence of Balmoral Castle surrounded by loved ones.

The new monarch's statement published by Buckingham Palace less than an hour later, reads: "The death of my beloved mother, Her Majesty The Queen, is a moment of great sadness for me and all members of my family.

"We mourn profoundly the passing of a cherished Sovereign and a much-loved Mother.

"I know her loss will be deeply felt throughout the country, the realms and the Commonwealth, and by countless people around the world."

He continued: "During this period of mourning and change, my family and I will be comforted and sustained by our knowledge of the respect and deep affection in which the Queen was so widely held."

The King and Camilla – now the Queen – will remain at Balmoral this evening and will return to London on Friday.

Prime Minister Liz Truss who met the Queen just two days ago, delivered a speech from Downing Street in which she said it was "the passing of the second Elizabethan age" and concluded her address by saying "God save the King".

Despite his grief, duty calls for new sovereign Charles and his first audience as monarch with Prime Minister Liz Truss is expected to happen as soon as practically possible.