Home » Lady Gaga’s Dog Walker Is Stable, Was Texting Friend from Hospital and 'Breathing on His Own' 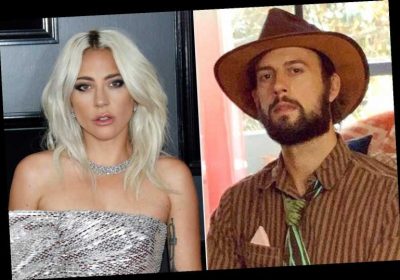 Ryan Fischer, who was walking Lady Gaga's dogs when he was shot in a Wednesday night robbery, is in stable condition in the hospital and texted a friend he was breathing on his own, PEOPLE confirms.

Los Angeles Police Capt. Jonathan Tippet tells PEOPLE Fischer was shot one time in the chest and is in stable condition. Tippet confirmed a disturbing video released Thursday by TMZ showed the robbery in Hollywood of Fischer, during which Fischer struggled to prevent the kidnapping of Gaga's two French bulldogs, Koji and Gustav, who were stolen.

Tippett says there are currently two suspects. Both are believed to be Black men between the ages of 20-25, and both are at large. Fischer's wallet was not stolen, and Tippet says the suspects "intended to rob the individual of the dogs."

When asked by PEOPLE if Fischer will make a full recovery, Tippet responded, "I believe he will."

Dr. Fred Pescatore, a friend and former client of Fischer's, said Fischer texted him from the hospital on Thursday and communicated that he was "breathing on his own now."

"The thing he texted was not even about him. It was, 'I miss you. I love you. Thank you,'" said Pescatore, who described his friend as a selfless, "amazing" person who was a gifted writer, artist and musician.

RELATED: French Bulldogs Like Lady Gaga's Are Frequent Targets for Theft. Here's Why

Fischer used to walk Pescatore's beagle, Remington, when he lived in New York City. They connected quickly: Pescatore describes Fischer as "very laid back. Easygoing, personable, inquisitive. I've never met anyone [who doesn't love him]. There's nothing negative about that man." Fischer has a deft touch with dogs, says Pescatore.

"He's just amazing with them. He cares. They're like his children," Pescatore says, adding, "He's very in tune with the dogs' needs. He would do anything for them, anything."

RELATED: Lady Gaga's Dog Walker 'Would Literally Lay Down His Life' for the Dogs He Cared For, Says Friend

Including, says Pescatore, putting himself in physical danger. Discussing the video in which Fischer is seen struggling before getting shot, Pescatore says, "He would protect these dogs with his life. And he almost has. And let's hope he has not."

A rep for Gaga confirmed the singer is offering a $500,000 reward for information about her dogs.

Those with information on the case should email [email protected], the rep says.

"I just want the world to know the man behind Lady Gaga's dogs, and other people's dogs," Pescatore said. "And this man deserves recognition. He was the one that was shot. He was the one protecting her dogs. And not enough people are focusing on that."