Lego thieves banned from EVERY B&M in England and Wales 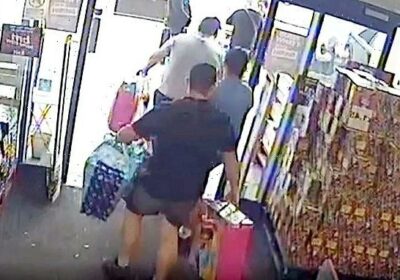 A trio of thieves have been banned from every B&M store in England and Wales after pleading guilty to stealing more than £4,000 worth of Lego from several stores.

A CCTV image shows the men casually walking out of one store each with arms full of the Lego kits – costing anywhere from £15 to £75 – inside reusable shopping bags.

A manhunt was launched after stores in Worksop, Mansfield and Netherfield were targeted on August 29 and August 30 – and over £4,000 worth of Lego sets taken.

The men were only caught when a police officer noticed their car brimming with toys on the A17 near Newark on Wednesday, August 31.

The trio were arrested and charged with three counts of theft, to which they pleaded guilty at Nottingham Magistrates’ Court on September 2. 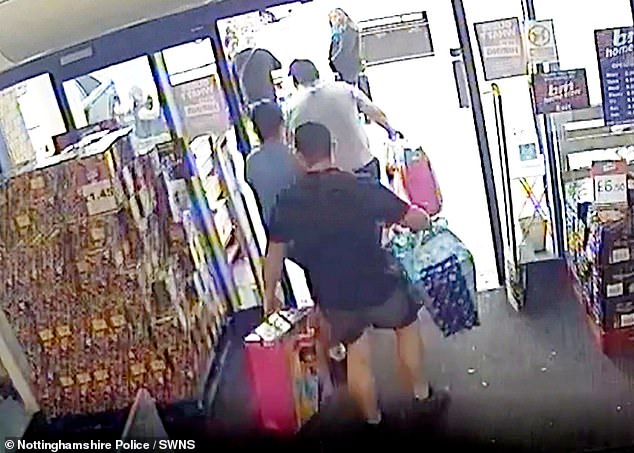 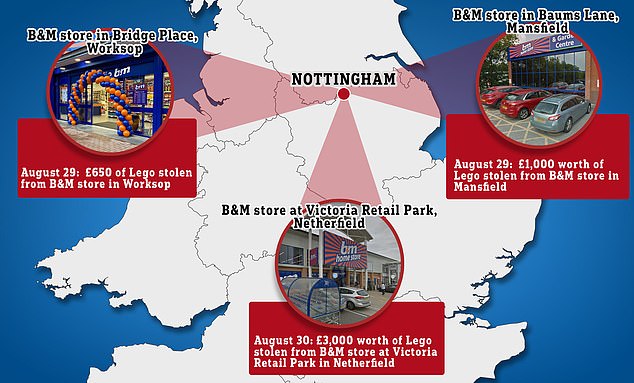 The three stores the trio targeted and stole £4,000 worth of Lego. The men, who pleaded guilty to three counts of  theft were handed an 18-month suspended jail term and banned at all B&M stores across England and Wales for a year

They were each given 18-month suspended jail term and banned from all B&M stores in England and Wales for a year.

The court heard the men first targeted the Worksop B&M in Bridge Place about 5pm on the August 29 Bank Holiday.

One of the men distracted staff while the other two stole nearly £650 worth of Lego from the shelves.

At 8pm on the same evening, they visited the B&M store in Baums Lane, Mansfield, where they were able to fill four large bags with products worth £1,000 before leaving the store without paying.

The next day, they stole almost £3,000 worth of Lego from the B&M store at Victoria Retail Park in Netherfield.

When challenged by staff, one swore at the shop worker before fleeing to their car.

Sergeant Antony Coleman, of Nottinghamshire Police, said: ‘Thanks to the instincts of the patrolling officers whose suspicions were aroused by the considerable amount of Lego in the vehicle, these brazen thieves were all swiftly caught.

‘They travelled to Nottinghamshire to commit these high-value thefts, thinking they could get away with it. They were wrong.’

Monday, 29 August 5pm: The trio enter B&M in Bridge Place, Worksop, where one of the men distracts a member of staff while the other two walk out with nearly £650 of Lego from the shelves.

Monday, 29 August 8pm: Just three hours later, they target the B&M in Baums Lane, Mansfield. There, they pocket four large bags with products worth £1,000 before leaving the store without paying.

Tuesday, 30 August: The trio steal almost £3,000 worth of Lego kits from Victoria Retail Park in Netherfield.

Wednesday, 31 August: An eagle-eyed police officer makes a report after seeing a car travelling on the A17 near Newark brimming with toys.

Trio are arrested and charged with three counts of theft

Friday, 2 September: All three men appear at Nottingham Magistrates’ Court where they plead guilty to theft. They received a 18-month suspended jail term and have been banned from entering all B&M stores in England and Wales for 12 months.