Fewer than one in seven of us can identify six most common washing symbols – so can YOU do any better?

Fewer than one in seven people can correctly identify common washing symbols while a third of Britons admit they never check instruction labels.

Some seven in ten confessed they have machine washed items that should have gone to the dry cleaners because they failed to look at the labels.

The ignorance about how clothes should be cleaned can cost families thousands of pounds, according to a sample test of householders by school uniform supplier Trutex. 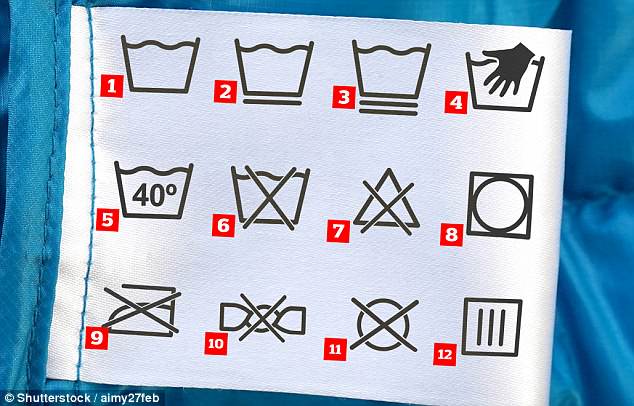 Men are the worst offenders with more than three quarters (78 per cent) always using the same programme on a washing machine regardless of the instructions.

Almost half of women (48 per cent) used just three programmes or less.

Trutex said the lack of understanding over symbols is destroying thousands of pounds worth of clothing.

While almost eight out of ten people (79 per cent) believe it is important to check the labels on their clothes, less than half (39 per cent) look at them when buying a new item.

In the test some nine out of ten said they were unaware that some clothing should never be put in the tumble drier.

Ironing was the most understood symbol however six in ten people automatically use a high heat steam without checking.

Most women (90 per cent) said they had learned how to wash clothes when helping their mothers as young girls with almost all (95 per cent) separating out whites and colours. 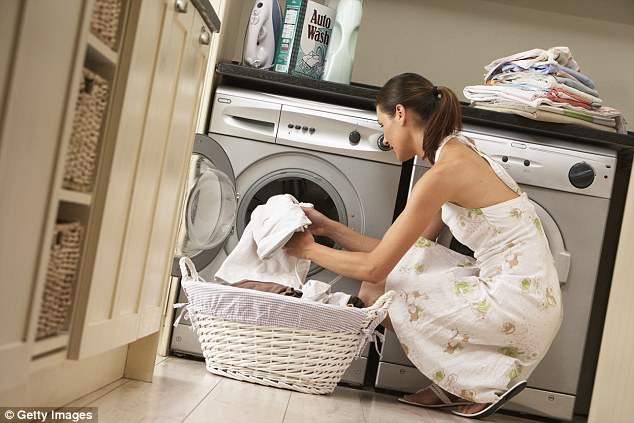 DO YOU KNOW WHAT THE LABELS MEAN? 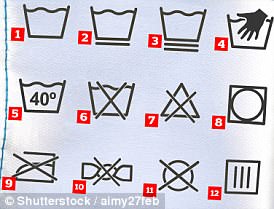 5 Water temperature not above 40C

This compares with only 15 per cent of men who helped their mothers or washed their own dirty linen when at home.

Some seven in ten men said the first time they used a washing machine was on leaving home with two thirds saying their first experience was a commercial laundrette.

One in four said they never looked at instructions and one in six had never used a washing machine.

Overall less than half (47 per cent) of all who took part in the study ‘often’ check labels.

Matthew Easter, managing director at Trutex said: ‘The research shows a huge lack of knowledge when it comes to knowing what care labels mean and an ignorance of their importance.

‘The labels are there so the best care can be taken of fabrics and show how they should be treated.

‘This helpful information can save time and money and ensure clothes last longer.’ 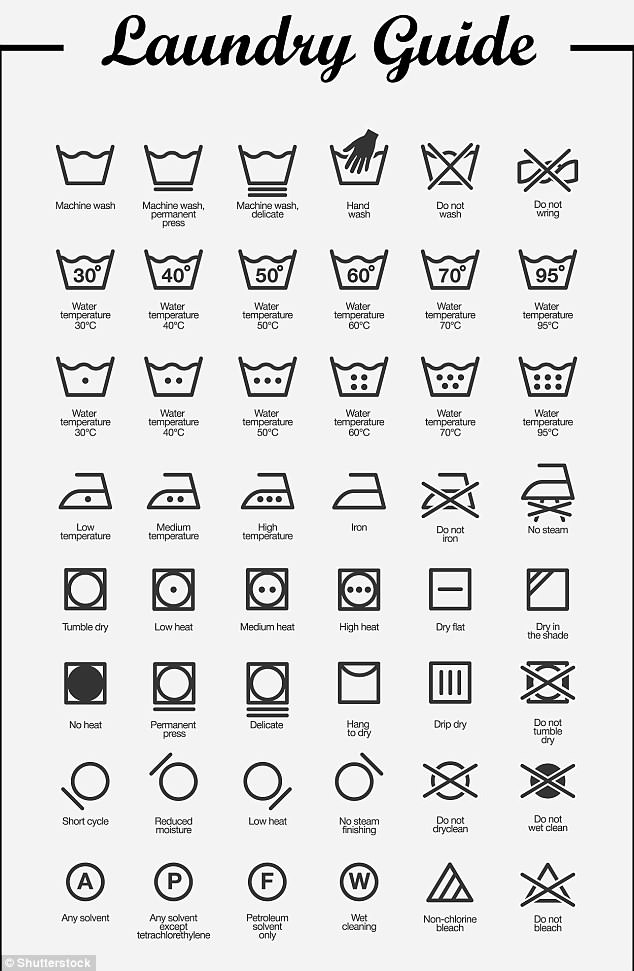 Which ones do you know? Many people admit they cannot recognise the most common symbols