Home » World News » 'Like a horror movie': my day in a Chinese cockroach factory

'Like a horror movie': my day in a Chinese cockroach factory Xichang, China: It is like a scene from a horror movie. A door opens to a dark room, and in the beam of a torchlight, you see them. Hundreds of cockroaches, moving up the side of cupboards, and across the floor.

It's about to get worse.

Breeding manager Ying Xiong steps inside and, with bare hands, pulls a cardboard square from a long row of racks. She drops it into a large bowl on the ground, which seems to explode into a churning maelstrom of glistening brown. Thousands of cockroaches stream out. 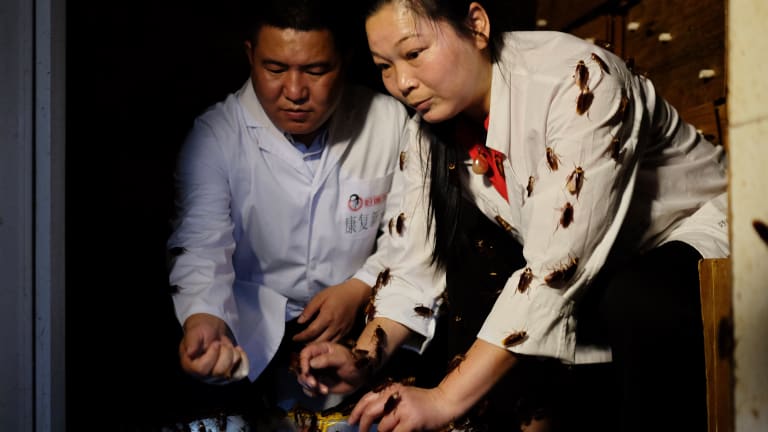 They rush up her arms and over her back. Her long, black ponytail is soon crawling with cockroaches. There is one on her ear. They scramble inside her white lab coat.

“At the beginning I was scared, but I got used to it,” she says calmly.

Cockroaches, uniform in size, have made it to the doorway and are dropping down from the doorframe onto the corridor floor.

“It is like a family pet in our home,” she continues. “It is cute, it never bites. It is not as horrible as people imagine.” 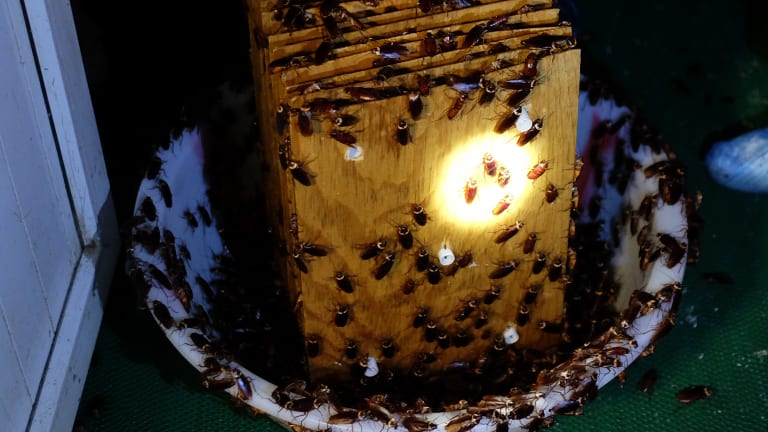 We are talking about Periplaneta Americana, or the American cockroach, and we are standing inside the world’s largest cockroach factory, in the Sichuan mountain town of Xichang.

There are at least 3.6 billion cockroaches hiding in racks in rooms along this corridor, I am told.

News of the existence of the cockroach breeding factory caused a sensation on social media last week after a Hong Kong newspaper got hold of a research paper and reported (with slight exaggeration) that the company was using artificial intelligence to manage a cockroach colony larger than the world’s human population.

The mind boggled – what if they escaped? 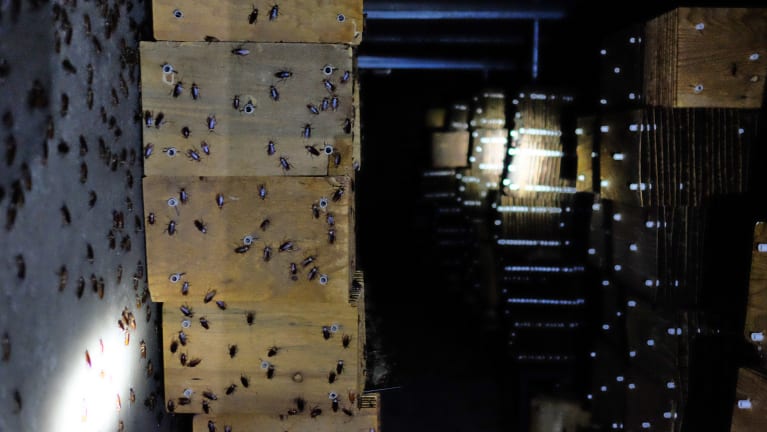 Fu Neng Geng, the president of Good Doctor, a Chinese medicine and health product company, has invited Fairfax Media and the Hong Kong newspaper inside so we can take a rare look for ourselves. He wants to sort internet myth from reality.

The reality is also mind-boggling.

This is the only government-certified cockroach lab in the world. The artificial intelligence system the company has developed with Zhejiang University won’t be put into practice until next year, when a new lab is built.

Cockroach output is expected to triple, he says.

For now, the larvae are reared on milk powder and egg in a breeding room. When mature, they are moved to this dank, dark, multi-storey building, where they are fed on grain and plants.

“The best temperature range is 28 to 32 degrees,” says Geng, nodding to a sensor which shows 32.3 degrees.

I have been offered a face mask for the stench – it smells like an old chicken shed – while a white lab coat and plastic shoe coverings are compulsory for anyone entering the building.

The cockroaches must be kept pristine, because they are for human consumption.

Periplaneta Americana can’t fly, so to prevent escapes, the building is surrounded by a one-metre wide moat of water, full of fish. Geng demonstrates, scooping up a getaway and dropping it into the water. Fat carp leap out to eat it, thrashing their tails. 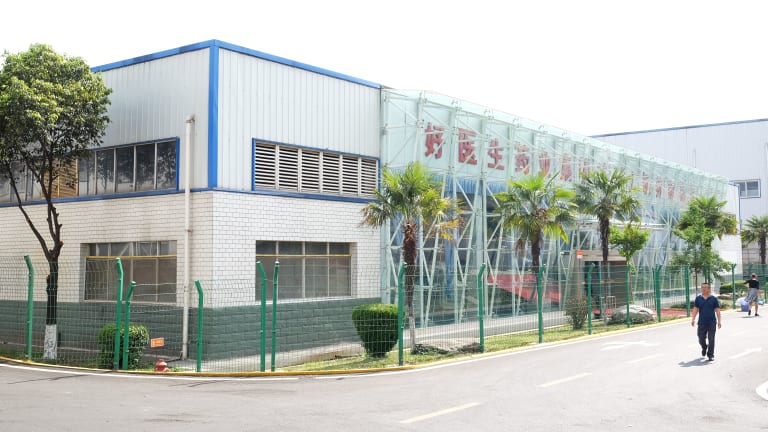 The cockroach breeding and processing centre. A moat surrounds the building to stop escapes.

A pictorial tribute to the cockroach dominates the building's foyer – as old as dinosaurs, this creature withstood the Hiroshima nuclear blast and can survive a week after its head is cut off.

Good Doctor supplies its cockroach potion to thousands of Chinese hospitals and pharmacies. It's used to treat diabetic ulcers and severe skin wounds.

Last year the company made 6.3 billion Chinese yuan ($1.3 billion) in total sales. The best seller, worth a billion yuan, was the cockroach “Recovery New Potion”, which can be drunk or used on the skin. A skin cream called Rainforest Regeneration is sold in glossy blue and gold packaging with no mention of cockroach.

To keep disturbances to a minimum, staff enter the rustling cockroach rooms once a day to clean out droppings caught in nets under the racks. 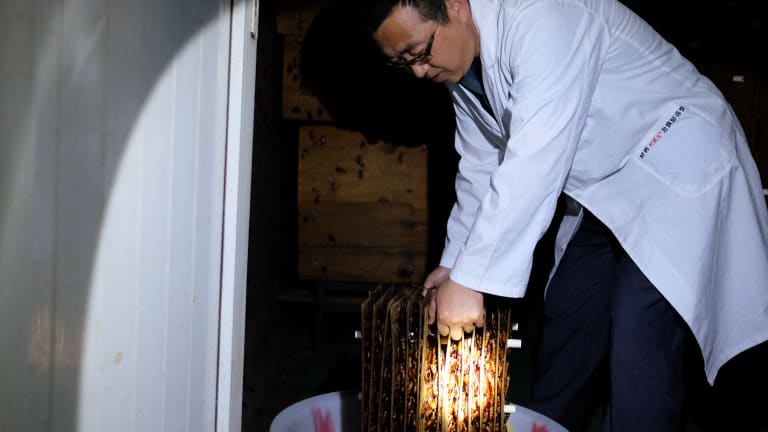 Checking the health of the latest crop during the once-daily visit.

A cockroach life cycle here is six to eight months. When it is time, the insects are attracted with heat to one part of the room, blasted with steam, then super heated to kill them. No chemicals are used. They are washed and crushed and sent to the extraction lab, which is all gleaming metal, with the appearance of a distillery.

The mixture is piped to the bottling room, and more sterilisation. Process workers wear blue hospital-style gowns. The corridors are also reminiscent of a hospital, a stark difference to the dark horror house next door.

Sixty thousand bottles rattle off the line each day. 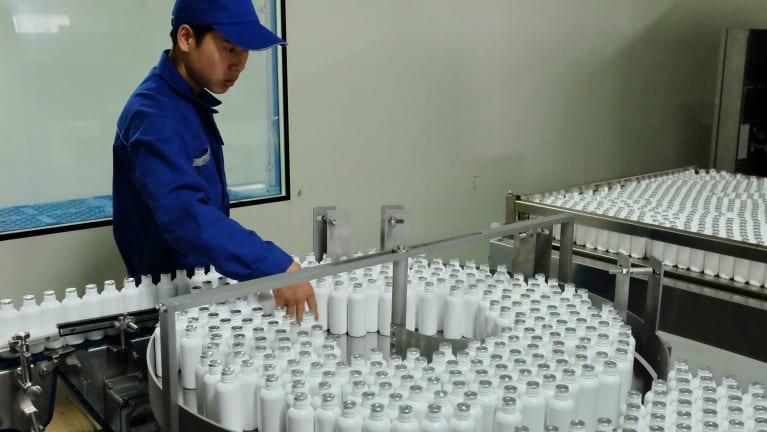 Bottles of cockroach essence “healing potion” make their way through the production line.

Research and development chief, Ma Xiuying, says some people have questioned if the company intentionally conceals that the main ingredient of its best selling product is cockroach.

“We don’t. We have to list the Chinese medicinal name on the package, so that’s what we list,” she says.

Mr Geng, sitting in his boardroom, declares he wants to build a cockroach monument as big as the 20-person board table.

“It is a good insect,” he declares. For millions of years the cockroach has been unaffected by the diseases, bacteria and viruses that humans carry, and he believes this is because of the cockroach’s anti-inflammatory qualities. Personally, he eats 10 a day. 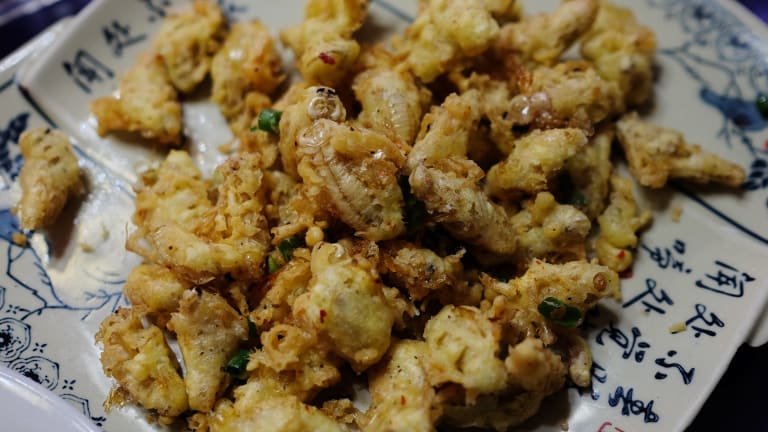 The finest Sichuan cooking: a dish of fried American cockroaches at a local restaurant.

His factory shows that Chinese medicine production can be transparent and semi-automated, he says. AI will take the next step.

But the key to Chinese medicine is that it has a long history showing effectiveness, even if western scientists can’t be sure of why, he says.

“If we could isolate the active ingredient we would produce a synthetic chemical instead,” he says of the cockroach potion.

But they can’t, so the business of farming billions of cockroaches continues, providing valuable employment opportunities for the Yi ethnic minority in Sichuan.

Ma, a trained pharmacist, is the first Yi doctor. "The Yi have been eating Periplaneta Americana for a thousand years," she says.

Good Doctor was part of a delegation of Chinese medicine companies that visited Australia at the invitation of Victoria Public Health last year. The company is considering an Australian joint venture for its remedies, Geng says.

At dinner, he invites me to try for myself, rolling off the long list of health benefits.

For the record, deep fried cockroach tastes like it smells. 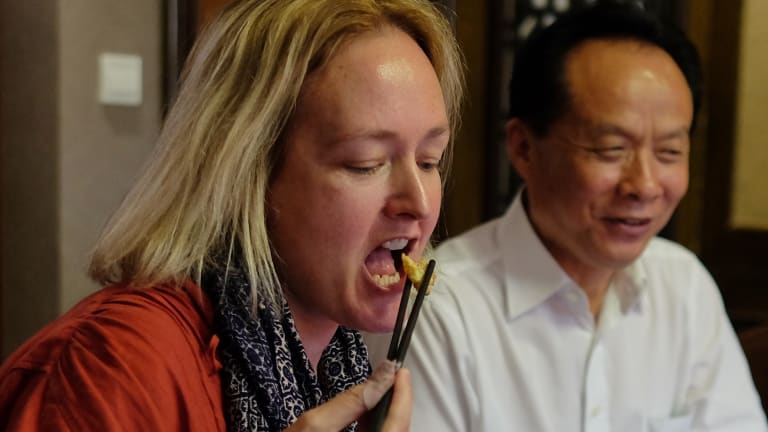