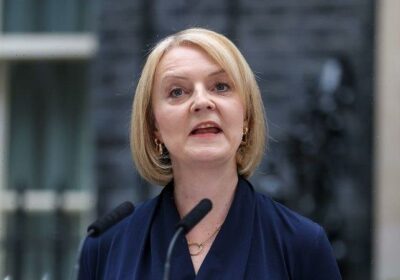 London: Liz Truss has staked the two years of her premiership on the stunning gamble that borrowing billions to fund tax cuts for the rich and sacrificing company and healthcare tax revenues will spur Britain’s stagnant economy by the time of the next election.

Truss, who has been prime minister since the beginning of September, delighted the right wing of the Conservative Party that installed her to replace Boris Johnson as leader with the £45 billion ($75 billion) tax cuts, primarily for top income earners, unveiled by her new Chancellor Kwasi Kwarteng on Friday (UK time). 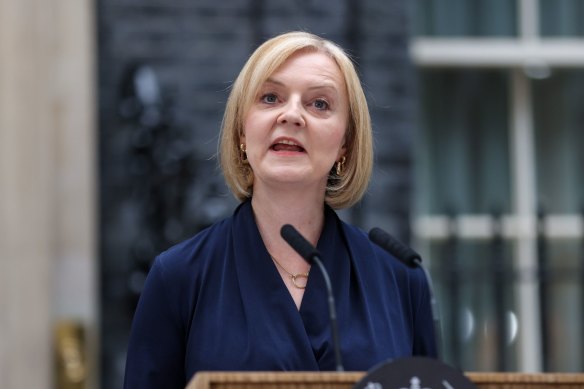 What was billed as a “fiscal event” turned out to be a seismic rerouting of the UK’s economic approach, that included removing the 45 per cent tax rate for those on incomes of more than £150,000 ($250,000) and reinstated the cap on bankers’ bonuses that were imposed by the EU after the financial crisis.

The highest income tax rate will be 40 per cent and the planned lowering of the base rate of income tax from 20 per cent to 19 per cent will be brought forward by a year.

As flagged during Truss’ campaign to be leader, the UK will no longer lift the corporation tax rate from 19 per cent to 25 per cent and reverse a hike to the national insurance that the government, of which she was a cabinet member, approved to help pay for the pandemic costs.

A planned shake up of the way alcohol is taxed will no longer take place, spelling good news for Australian red wine producers who would have stood to pay higher tariffs based on the alcoholic content of their drinks.

And tax-free shopping, stopped in 2021, will be reintroduced and made digital in a bid to encourage tourism and higher visitor spending.

This is on top of the energy relief that Truss already announced which Kwarteng on Friday confirmed could cost £10 billion ($17 billion) per month in the first six months.

He did not state the further estimated costs of the energy bills relief spending, nor the government’s massive tax cuts but defended the UK’s debt levels as the second-lowest debt-to-GDP ratio in the G7.

The UK’s gross debt as a percentage of GDP is currently 99.6 per cent down from the high of 103.8 per cent two years ago, at the height of the first pandemic lockdown. 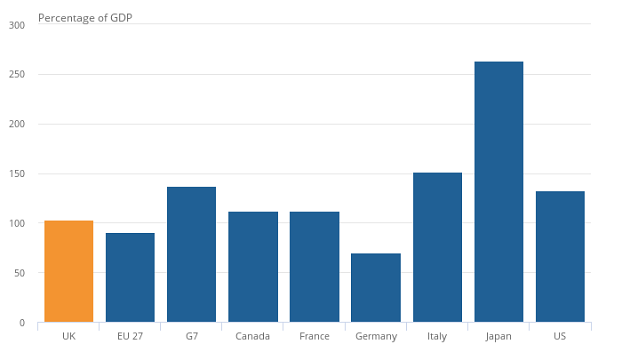 This chart shows the UK’s general government gross debt as a percentage of gross domestic product (GDP) at the end of December 2021 was lower than the G7 states.Credit:Office of National Statistics

People on benefits would have to increase their attempts to find a job or risk having their funds reduced, he warned. And in an attempt to bust the strikes that have been crippling Britain’s vital services in the past months, he flagged strike-busting laws that would force pay offers to go to members ballots and a minimum level of services mandated during industrial action.

He said the goal was to achieve 2.5 per cent economic growth.

“We are at the beginning of a new era,” he told the House of Commons.

“The tax system is not simply about raising revenue for public services, vitally important though that is.

“In due course, we will publish a medium-term fiscal plan setting out our responsible fiscal approach more fully, including how we plan to reduce debt as a percentage of GDP over the medium term,” he added.

Paul Johnson from the respected and independent Institute for Fiscal Studies said the government had announced the biggest package of tax cuts in 50 years but “without even a semblance of an effort to make the public finance numbers add up”.

He said the obvious risks of the government’s spending were fuelling inflation, which is currently 9.8 per cent, and the further deterioration in government finances.

“This is a huge economic experiment which carries with it lots of risks, as well as, we hope, the potential upside in terms of economic growth,” Johnson said.

Johnson said the spending spree was at odds with the Bank of England’s recent interest rate rises aimed at curbing inflation.

The markets reacted badly with the quickest spike in interest rates on government borrowing in three decades and the sterling fell against the greenback to below $US1.10, a 37-year low.