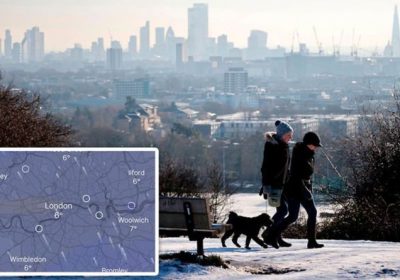 Londoners were quick to indulge in the snow over the weekend when the capital was blanketed by falling snow. The Met Office weather forecasters warn more rain and snow is on the way for several parts of the country – but how likely is it London will see more snow in the coming days and weeks?

Despite a respite from the severe weather, more disruptive wintry conditions are forecast to hit the UK this week.

Up to four inches of snow is possible in areas above 400m according to forecasters.

“Although a yellow warning for rain has been issued for Thursday rainfall amounts will generally be lower than last week, with many areas seeing 0.8 to 1.2 inches (20mm to 30mm).

“However, two to 2.8 inches (50mm to 70mm) is once again possible in isolated spots across parts of the western Pennines, Greater Manchester, and North Wales, and rivers are still high in this area meaning further impacts could be possible.” 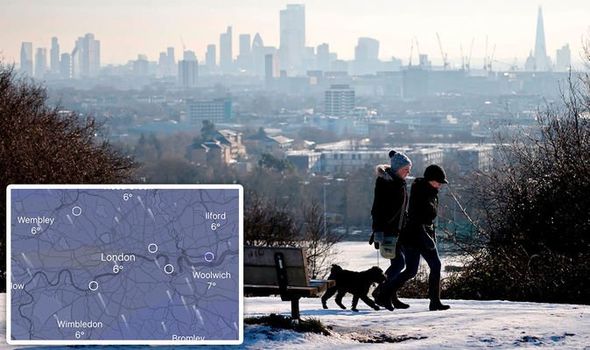 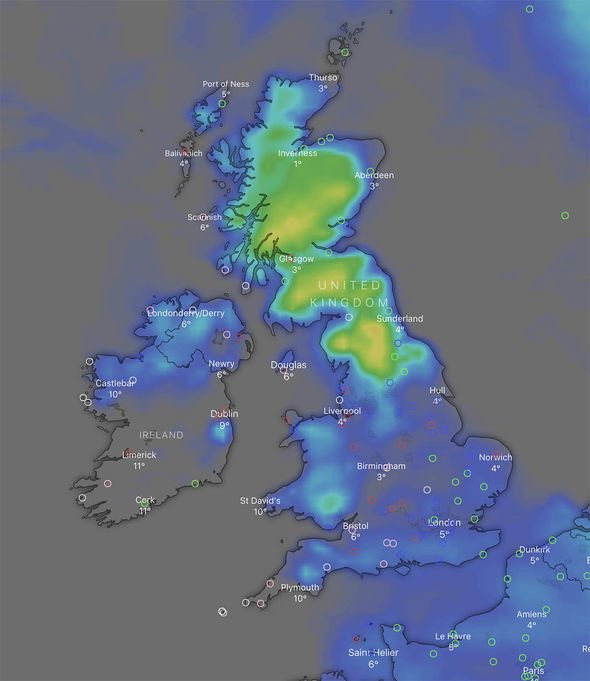 Weather maps and charts show the capital is likely to experience milder conditions during this week.

However, by the weekend, forecasts predict more snowfall to take place.

Londoners across the city will experience snow showers mid-to-late Saturday morning, between the hours of 6am and 10am, according to BBC Weather.

Most of the capital will only see light to moderate snowfall at the weekend, reports say, but residents in the Croydon suburb of Kenley should prepare for heavy snow showers.

In this region, snow is predicted to hit from the early hours of Saturday through to the afternoon. 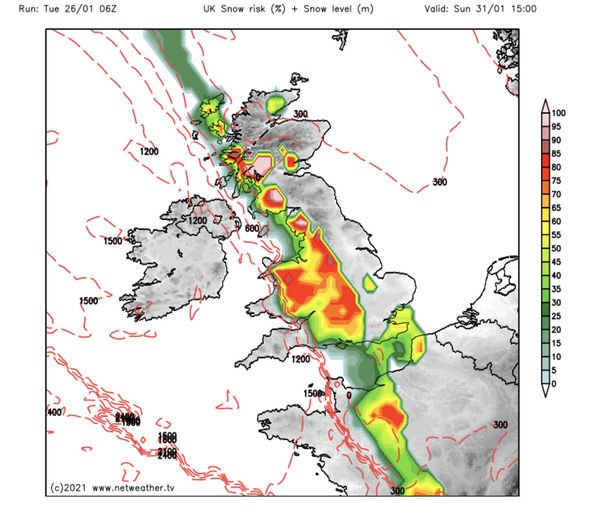 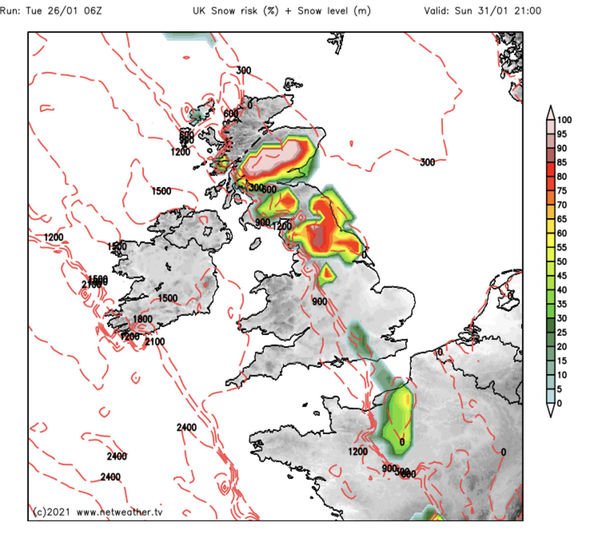 Weather forecaster Netweather has produced a snow risk map which shows a blanket of heavy snow arriving from the west on Sunday.

During January 31, the snow risk moves across the country, where it eventually forecasts a smattering of snow later on Sunday.

The Netweather maps also show a lower risk of snow on Thursday, February 4.

The map predicts western regions will snow with around a 30 percent chance. 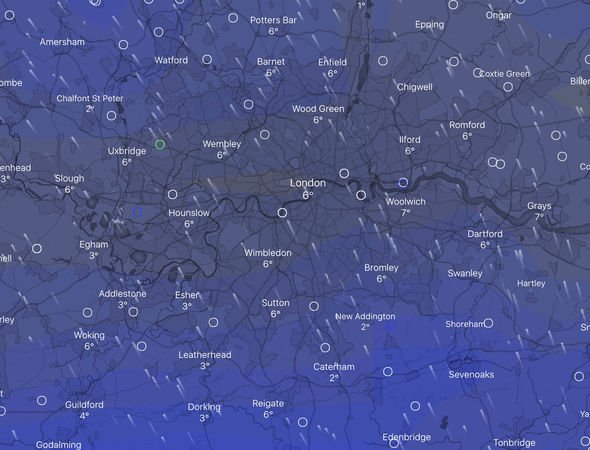 Forecaster Windy.com also shows a risk of snow in London across the next 10 days.

The weather forecaster’s new snow map shows up to 0.8 inches (2cm) of snowfall is possible in the next 10 days in western regions.

The forecaster’s snow depth map shows the snow is most likely to fall late on Sunday, January 31, through to the early hours of Monday, February 1.

The snow appears to dissipate completely across the capital by Monday afternoon. 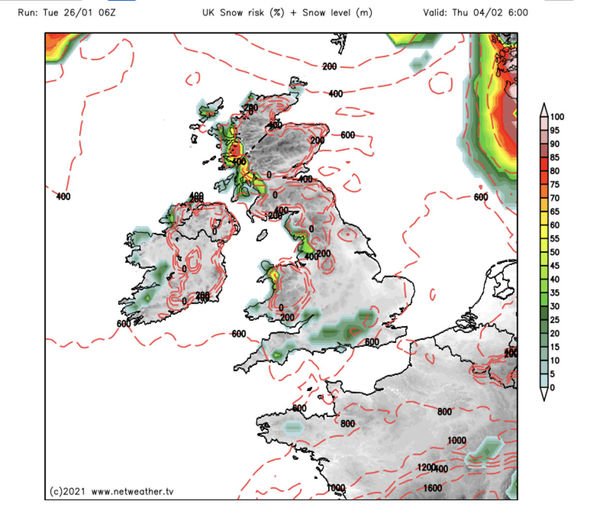 The weather forecast for London in the coming week advises of outbreaks of light rain and drizzle through Tuesday evening and the first half of the night.

These conditions will gradually move eastwards with western parts turning drier towards dawn.

Things will be rather breezy along the south coast, but it will be milder than recent nights.

The minimum temperature overnight will be 3C.

On Wednesday conditions will turn briefly brighter during the morning in the east.

Otherwise, the weather will be cloudy with further outbreaks of rain and drizzle, turning persistent and heavy at times through the afternoon.

Conditions will be milder than Tuesday with the maximum temperature reaching 10C.

On Thursday, the weather will feel windy with heavy rain arriving on Friday.

The downpours will ease later on Friday with conditions turning drier and sunny spells arriving on Saturday.

But it will be windy and feel cold on Saturday.

Going into next week, unsettled conditions look likely to dominate, with low-pressure systems moving in off the Atlantic meaning the weather will be changeable.

Westerly or southwesterly winds during this period will bring milder temperatures to most areas, but occasional interludes of cold northerly winds are possible.

In these areas where the boundary lay between colder and milder airmasses snowfall is possible.