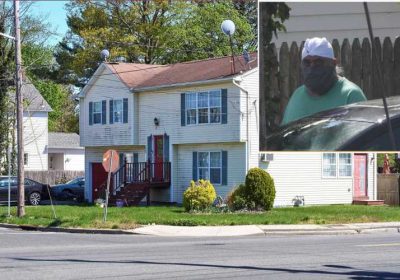 A Long Island man who hasn’t paid his mortgage in more than two decades got another delay in his legal proceedings — after a witness set to testify against him came down with COVID-19.

Guramrit Hanspal, 52, made one mortgage payment in 1998, but nothing since, and has filed multiple bankruptcies and lawsuits in a bid to stave off eviction.

The home was foreclosed on years ago and is now owned by Diamond Ridge Partners, which wants Hanspal out.

The case was delayed earlier this month when a new lawyer was hired to work on the case on behalf of Hanspal and the home’s other residents.

Hanspal did not appear in Nassau County Housing Court for the Thursday hearing, during which a witness from Diamond Ridge was scheduled to take the stand.

But the Diamond Ridge worker was diagnosed with coronavirus the same day and was quarantining instead, said Diamond Ridge attorney Jordan Katz, who is also contesting Hanspal’s effort to use pandemic protections to stay in the house.

Hanspal’s lawyer, William Friedman, had no problem with the additional delay, telling Judge William Hohauser, “I’m not going to object.”