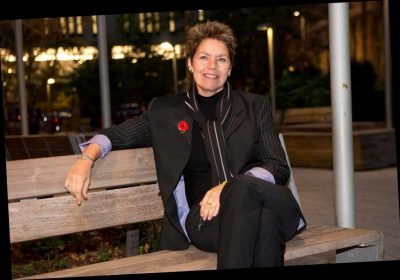 $2,000 for everyone is foolish — better to target aid to those who need it

Christmas memories: What I started to learn at 18

With more than a dozen candidates running, it’s hard for even high-profile names to attract attention, and Sutton is hardly the best-known.

Capsule biography: Before serving as Mayor de Blasio’s veterans-affairs commissioner, she was the Army’s highest-ranking psychiatrist (the Big Apple could really use a psychiatrist about now). She earned a Bronze Star for combat action in the Gulf War.

Her real-world experience shows in her public-safety blueprint: First, identify the problem. “Until we reverse the increase in violent crime and deterioration in quality of life, we will not be able to attract people to live here, work here, invest here, do business here,” she says. “Owners and employees of convenience stores and take-out restaurants that have managed to stay open for business during the COVID-19 pandemic are afraid of being robbed or mugged.”

With the murder rate up 40 percent last year — the biggest increase ever — this may sound obvious. Yet Sutton’s rivals eschew the problem. And any identification with crime victims is considered racist, though most victims are people of color.

Second, identify solutions. Sutton is clear: Police will have a big role. This, too, may sound obvious — except, again, other candidates talk vaguely about “resources.”

Sutton rejects #Defund nostrums. “The movement to ‘defund’ the police posits that the police should not be involved in . . . nontraditional activities” like responding to people in mental distress or homeless outreach. “To the contrary, the NYPD must have a continued and leading role in all public-safety issues.”

The only current politically safe response to any crime issue — that the suspect has to “get help” — is both true and meaningless. There is no getting around the fact that a small percentage of people experiencing acute mental distress are violent, or that civilian homeless-outreach workers often request police backup. And when someone is about to jump off a bridge, police are most capable of responding quickly and taking risk (like the MTA cops who stopped a teen from killing himself in November).

Sutton is willing to take on another trendy cure-all: the idea that “violence interrupters,” such as former gang members, can substitute for police. Referring to the city’ concept to deploy “ambassadors” to de-escalate violence, she notes that de Blasio has invested millions but “has failed to implement the program successfully, because it lacks a strategic plan, common goals or accountability.”

Still, Sutton has no illusions that we’re going back to the Bloomberg years’ mass-scale stops of young men of color. Rather, she does something else that’s counter-intuitive: recognize de Blasio’s successes. During his first six years in office, “precision policing” and concentrating on hard-core recidivists worked in pushing violent crime to record lows.

Bail reform and the pandemic obliterated these successes the same year. But for the bulk of his term, Hizzoner wasn’t a policing failure. The city shouldn’t run away from what worked.

Finally, refrain from cheap shots. It’s tempting to demonize police for instances of violence during summer protests and riots. But Sutton notes that many of the NYPD’s mistakes were due to the failures of elected officials, who have shown “inconsistency and ambivalence” in what they want police to do.

We still don’t know what level of force de Blasio considers acceptable to deter vandalism or looting, or to keep protesters from illegally blocking roadways.

No, there is no excuse for punching a woman in the head. Yet thousands of officers peacefully confronted crowds mixed between legitimate protesters and violent agitators, without knowing which laws the city wanted to enforce and which it didn’t.

Sutton would name a civilian public-safety adviser to set goals and work among the NYPD, civilian agencies and nonprofits to see what works and what doesn’t.

It’s early, with time for other candidates to draw up policing platforms or to state the self-evident. For now, the psychiatrist is adding a little sanity to the race.

Nicole Gelinas is a contributing editor of City Journal.