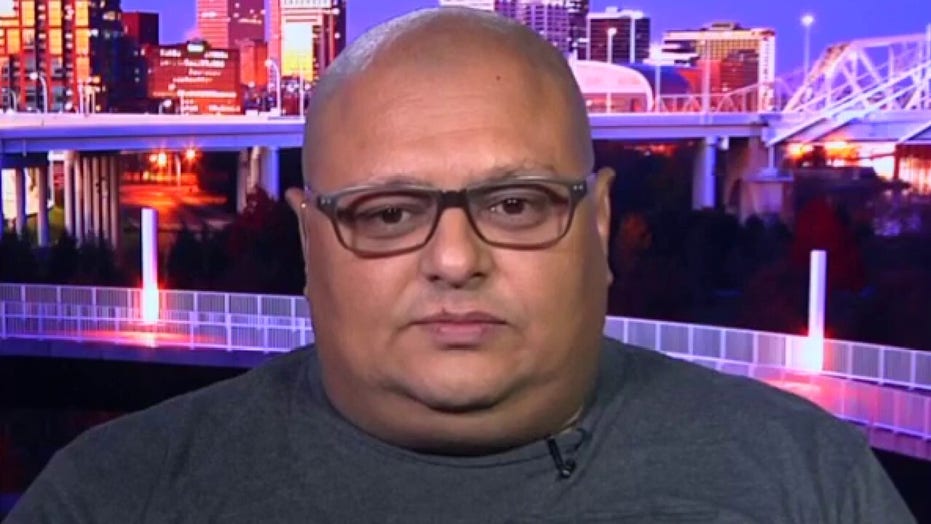 Louisville store owner arms himself to defend business from rioters

The Louisville Metro Police Department swore in its second interim chief Thursday since protests erupted months ago in the city over the fatal shooting of Breonna Taylor during a botched drug raid.

Yvette Gentry, the first woman and the third African American to lead the LMPD, took the stage and was sworn in as the new interim police chief, Louisville Courier-Journal reported. Stating what’s required under oath, she swore she'd never participated in a duel and would prosecute all gamblers in violation of state gaming laws, according to the newspaper.

“I know I'm interim," she said at Louisville Metro Hall. "But I represent something different to a lot of people being the first woman to take this title, so I'm not going to shortchange that."

Mayor Greg Fischer announced Sept. 7 that Gentry would become the new interim chief after Robert Schroeder retired at the end of September after just four months in the role.

Schroeder took over on June 1 when Fischer fired longtime Chief Steve Conrad after learning officers did not have body cameras turned on during the fatal police shooting of David McAtee, the owner of a popular West End eatery.

"This has been a challenging time unlike anything any of us have ever seen, with the COVID-19 pandemic and then four months of daily protests for racial justice," Fischer told those in attendance. "I appreciate the work that LMPD has been doing under, really, unprecedented scrutiny and stress.”

“Now, following the retirement of Chief Schroeder, I'm grateful — very grateful — that we have another experienced, respected, distinguished public safety professional to take on the role of chief of LMPD."

Gentry is a former Louisville Metro Police deputy chief who retired from the force in 2014. Fischer announced Thursday that an eight-person panel will interview candidates to recommend to the mayor for the permanent chief role by the start of 2021. More than 20 people had applied to the role by the Aug. 31 deadline, with the majority coming from outside the department.

Gentry has promised to remove boards on buildings in downtown Louisville, which had seen more than 100 days of protests and demonstrations over the death of Taylor. Outrage erupted in the city once again last week after a Jefferson County grand jury indicted only one of the three officers involved in the March 13 police raid, but not in connection with her death. 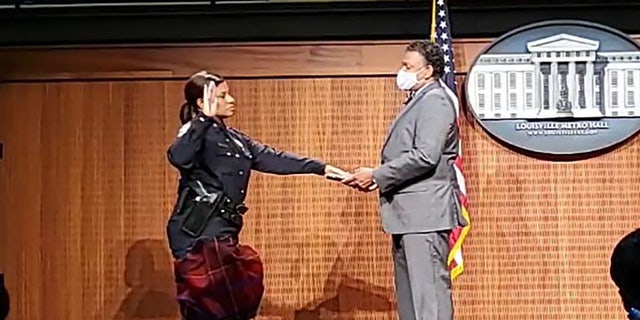 Former Detective Brett Hankison, who was fired from the department in June, was charged with three counts of wanton endangerment for shots fired into a neighboring apartment. He pleaded not guilty on Monday.

Kentucky Attorney General Daniel Cameron did not recommend criminal charges against the other two officers, Myles Cosgrove and Sgt. Jonathan Mattingly, because they were fired upon first by Taylor’s boyfriend, Kenneth Walker, and were justified in their use of force.

Two other Louisville police officers were wounded in a shooting that broke out during the first night of demonstrations after the grand jury decision.

In a statement issued Wednesday, Fischer said, “Chief Schroeder rose to every challenge as interim chief. He understood immediately that our police officers have to balance protecting people’s First Amendment rights with the need to preserve the safety of the public.

“He showed that he’s a man of character, compassion, and courage, exactly the qualities we’ve needed in a leader during this pivotal moment in our city’s history," he said.