Lovestruck prison officer, 28, who had inmate’s baby now behind bars herself 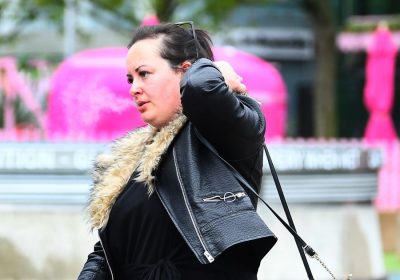 A prison officer who had a baby with an inmate has ended up behind bars herself after she admitted to misconduct in a public office in court.

Lucy Thornton, 28, said she formed an "emotional relationship" with inmate Aaron Whittaker while he served time in HMP Altercourse for a wounding offence.

She had given Whittaker a secret phone number while in prison which was later discovered in his cell, the Liverpool Echo reports.

While officials suspected Thornton, they had no "direct evidence" of wrongdoing on her part and was allowed to remain at her post.

Later Whittaker was transferred to Wolverhampton because of their relationship, but they continued to communicate with each other via email. Thornton even gave him £200 to pay off his drug debts, the court heard.

After he was released, they got together and had a child in August last year.

Officers discovered Aaron and his brother Haden, who was also serving a sentence at Altcourse, had both used mini mobile phones from which they had texted and called Thornton from their cells.

Thornton was interviewed by Mark Jones, the security governor of the prison, but she "denied any inappropriate relationship with any prisoner" but as there was "no direct evidence" she was allowed to return to her post.

Mr. Duncan, the prosecutor at Liverpool Crown Court said: "She was suspended from duty on June 30, 2019, following a play fight between her and inmate."

The 'play fight' was "witnessed by a prison officer" who saw them "rolling around on the floor" and at times the "prisoner was on top of her", the court heard.

Thornton was arrested on July 31, 2019, and remained under investigation and cell site data linked Thornton's two phones to her home address in Warrington.

The police searched her phone and discovered an Altec phone on which a prison contact number was stored under the name "My Baby".

During a police interview Thornton admitted becoming involved in an inappropriate relationship with Aaron having developed "mutual feelings" and the "relationship grew" and he gave her a number to call him on when she was off duty.

Mr Duncan confirmed there was no evidence of sexual activity while she was on duty or that she had supplied items to prisoners.

Anthony O'Donohoe, defending, stressed that there was "no sexual activity" while Aaron Whittaker was at Altcourse but they had "found themselves forming an emotional relationship".

He said Thornton spoke to Haden Whittaker on "friendly terms" because he was Aaron's brother.

Mr O'Donohoe said: "Her explanation is she fell in love with the wrong person in the wrong place I suppose in the tides of men and women these things can sometimes happen."

Thornton admitted that she "wilfully misconducted" herself in her duty by forming an inappropriate relationship with prisoners, Aaron and Haden Whittaker, and encouraging the use of a mobile phone in prison".

Judge Neil Flewitt, QC, sentencing, said: "What you did was and remains a matter of serious concern."

The judge said: "It's not just your own position that was compromised by your own behaviour, it was that of your colleagues too."

Judge Flewitt said it was "necessary to deter prison officers who may be tempted to betray the trust placed in them" .

The judge imposed a 15-month sentence, reduced to 10 to reflect Thornton's guilty plea.