A FLORIDA MAN was caught on video screaming a racist tirade at a Black woman and asking her to tell him "how much your life matters."

The video, which has been seen by over 340,000 people on Twitter since it was shared Thursday night, begins with a white man, wearing sunglasses and a backwards red cap, screaming at the woman filming him in Naples, Florida. The woman responds "Am I supposed to be hurt?" 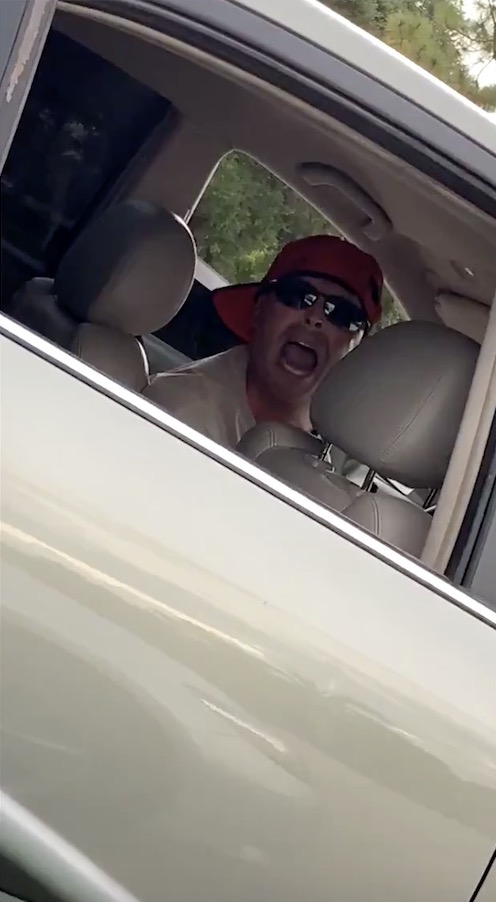 In the driver's seat of a tan sedan, the man looks over his shoulder directly at the camera and screams aloud twice, before saying, "hey" and stuttering for a second inaudibly as he turns and reaches for an object.

Once he returns to face the camera, he is seen holding some kind of object that closely resembles mace. He asks the woman: "Tell me how much your life matters?"

"Why is that necessary?" The woman responds. However, the man does not wait for her response to continue spewing racist comments. 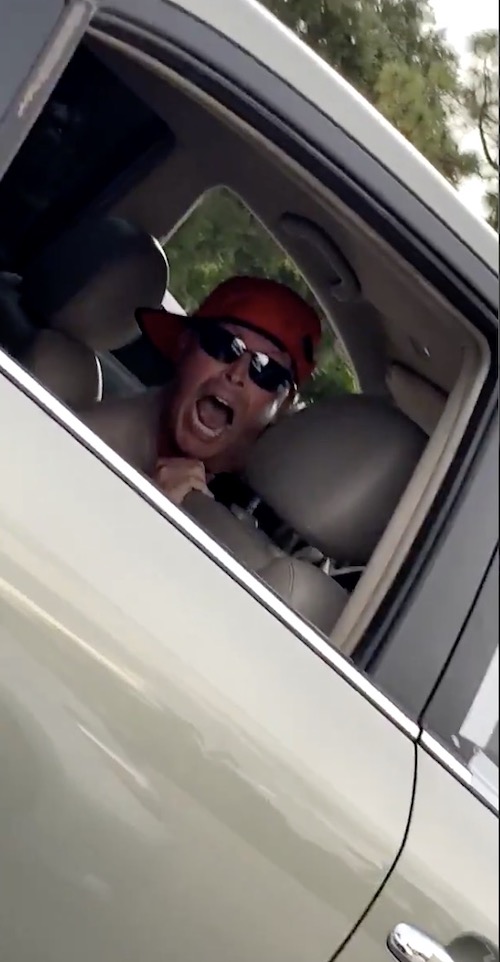 "How many Black Lives Matter right now? None," the man continues after repeating the same phrase for a second and third time.

He adds another derogatory epithet before screaming "woooh," and the video shuts off.

The person who posted the video on Twitter wrote "I literally just got off the highway into Naples and this is the first thing that happens to me. Like this man could’ve killed me at a whole red light. FIND THIS MAN!!"

Internet sleuths began commenting on the thread, saying to be on the watch for a car that sports a duct-taped window. One commenter posted a screenshot of a post from a week before showing a similar man and car. The person also allegedly spewed similarly racist things to another black person.

"Does anyone recognize this man or the vehicle?" The post reads. "My brother just witnessed him repeatedly yelling F U Ni**** to an elderly black man, forcing the elderly man to roll his window up to not have to hear the hate coming out of this man's mouth!"