The blaze brought traffic in both directions to a sudden halt as firefighters and emergency services rushed to the scene near Rickmansworth, Hertfordshire. 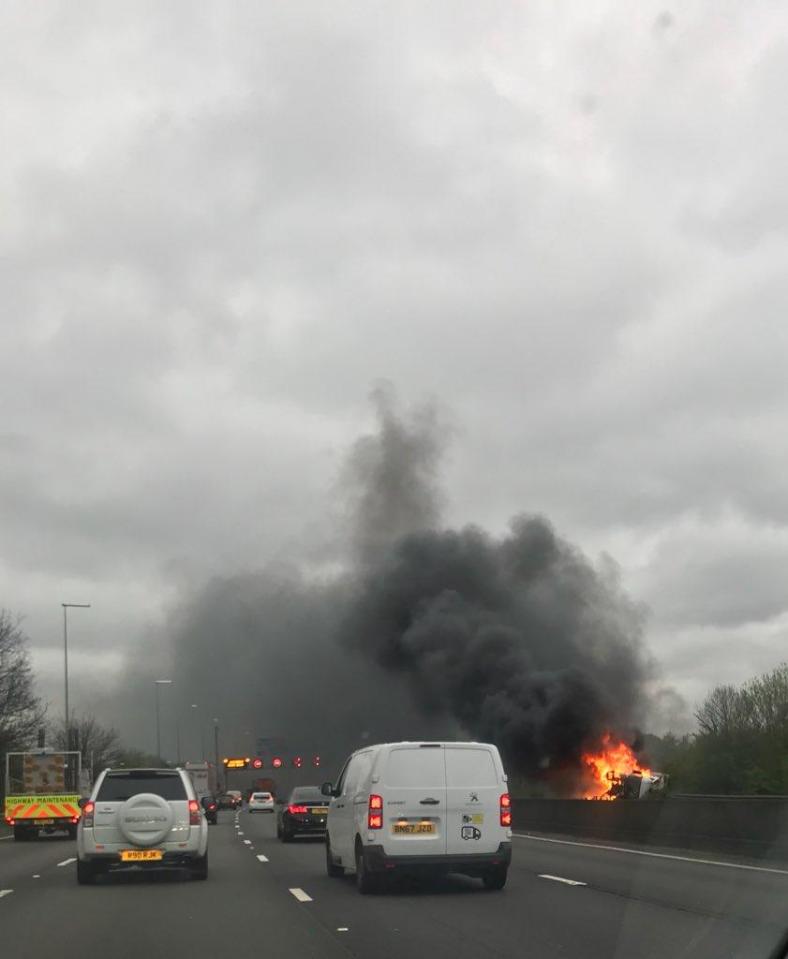 It is thought that the lorry caught fire after crashing into a car and overturning while on the anti-clockwise carriageway.

Shocking images posted on social media show the billowing smoke and flames rising up from the wreckage of the car, as other vehicles continue to drive past the horror scene.

A spokesman for Hertfordshire Fire and Rescue Service said six fire engines were tackling the blaze.

Incredibly, no one was seriously injured in the collision, although two people were taken to hospital for treatment. 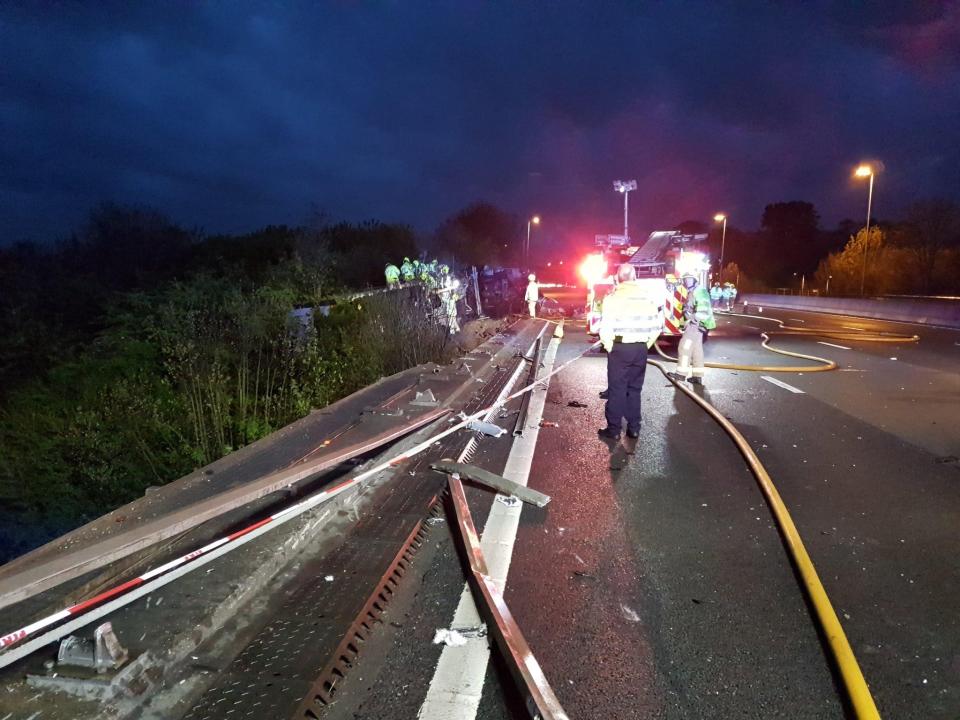 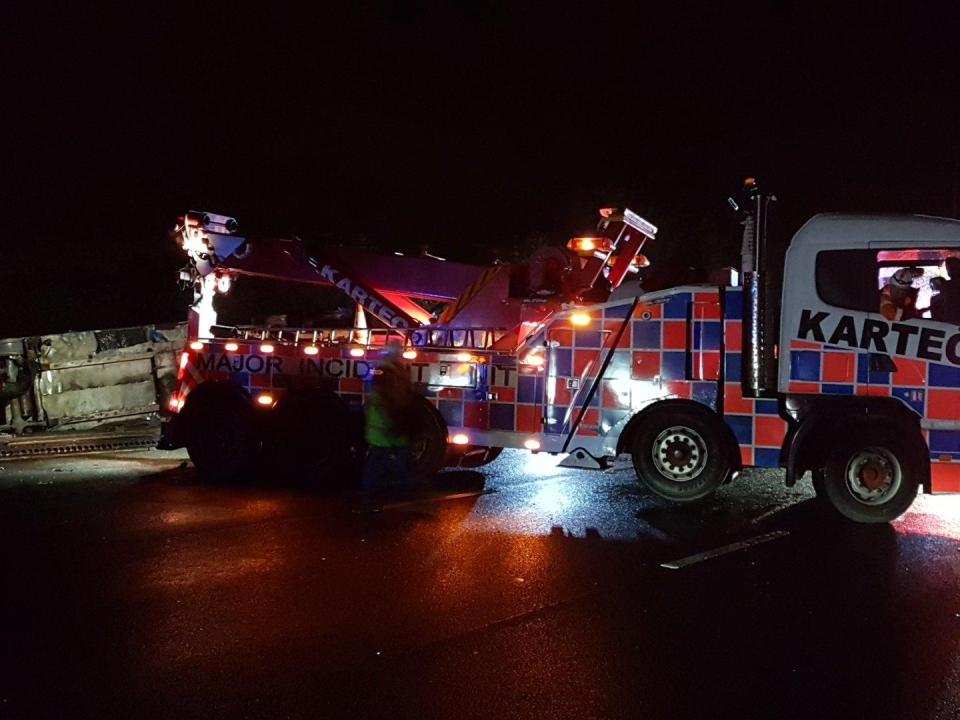 Police are continuing to advise motorists to avoid the area, saying there are "massive delays."

Highways England tweeted: "Traffic is currently being diverted up and over (via the exit and entry slip roads) on the M25 anti-clockwise at J17 due to an HGV fire.

"Delays on both carriageways due to smoke drifting across the road."

The carriageway is expected to remain shut until early on Wednesday morning. 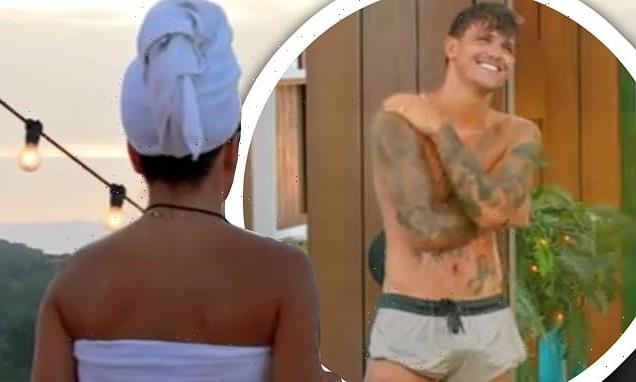