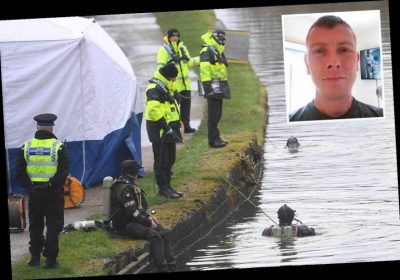 THE family of a man who was stabbed and beaten before his body was dumped in a canal in Greater Manchester have paid tribute to "the most loving person".

Police believe that Scott Anderton, 33, was repeatedly knifed before he was pushed into the waterway in Leigh. 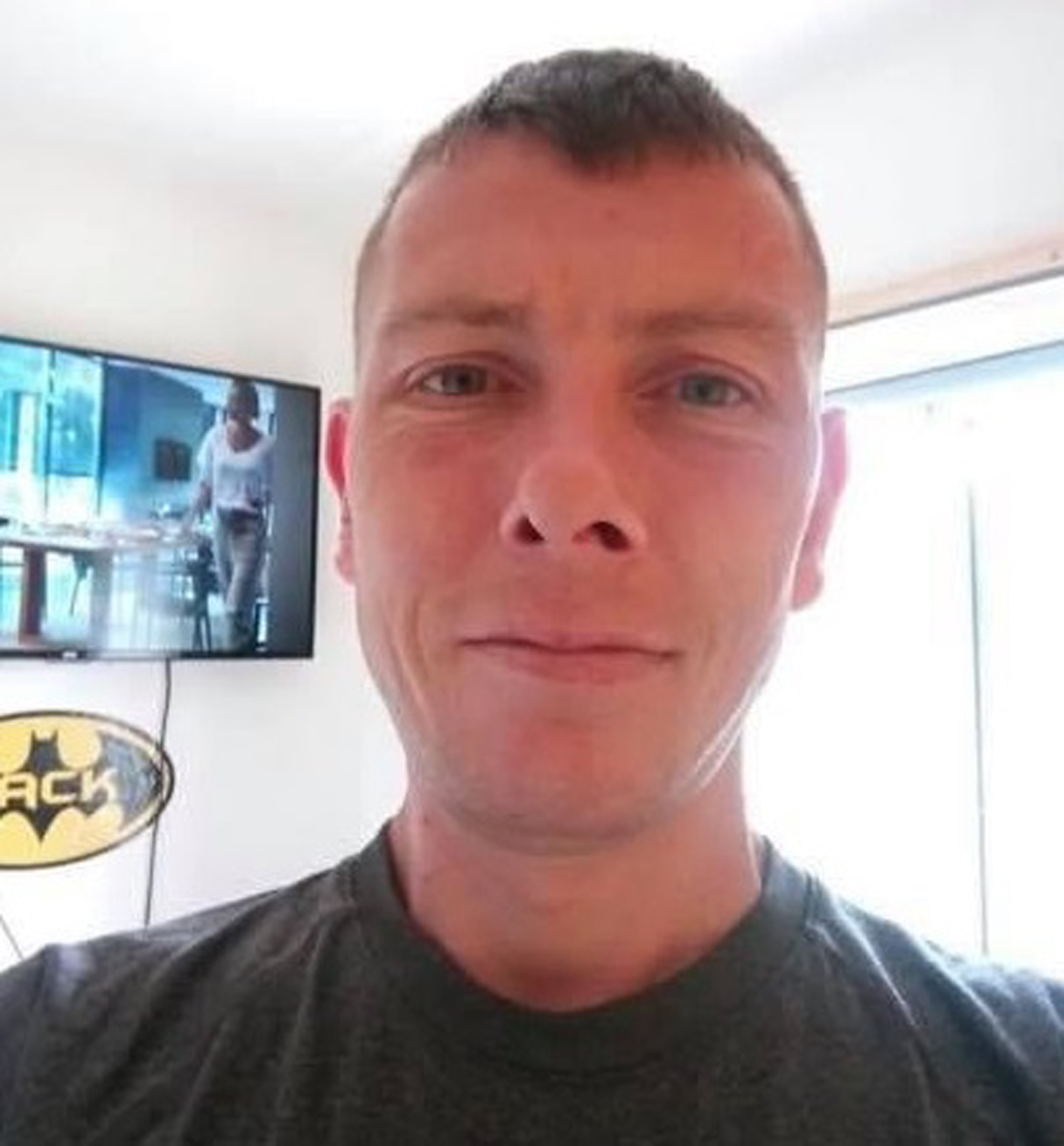 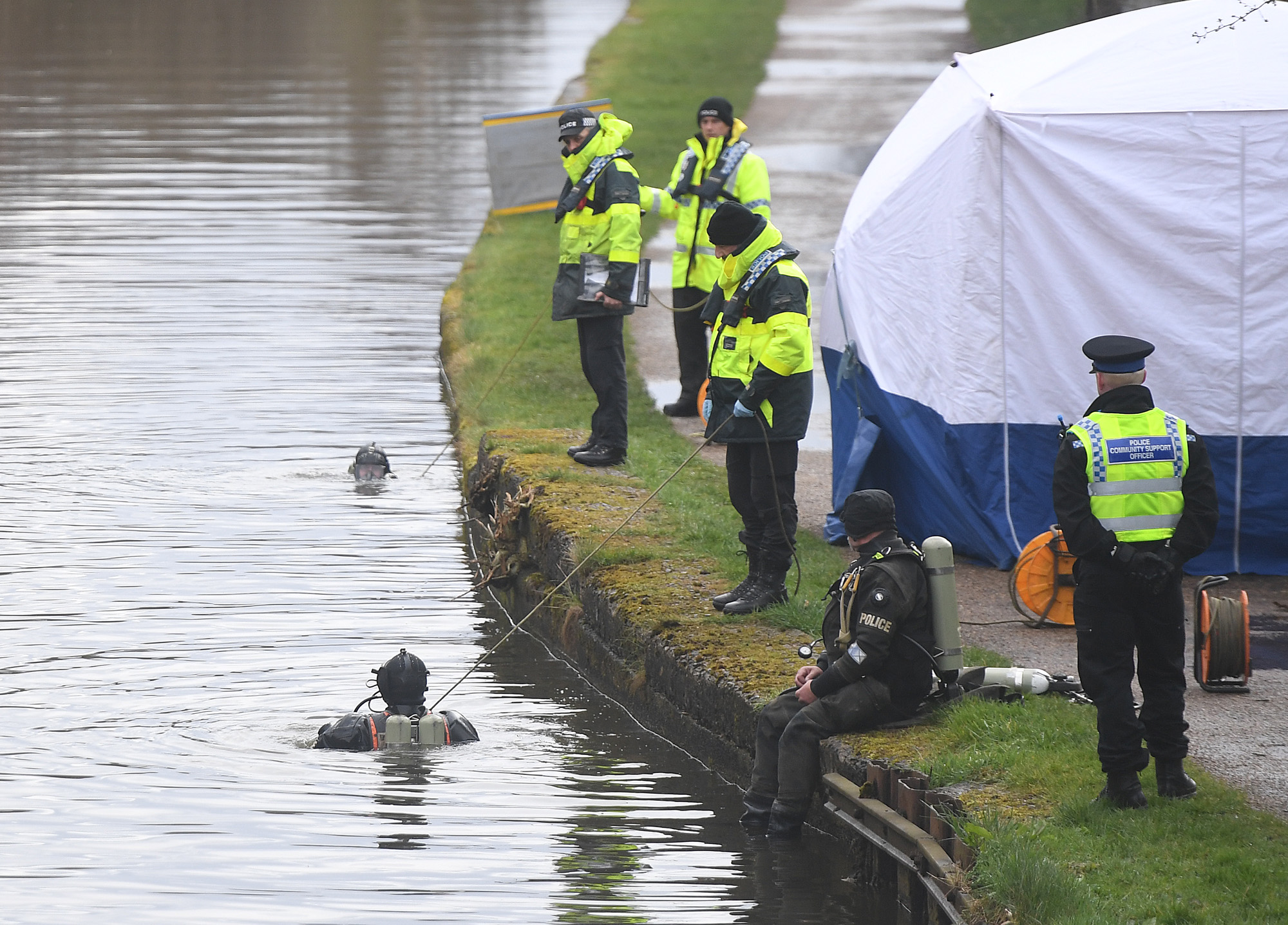 His body was discovered on Thursday morning.

Cops who launched a murder probe are continuing to question three teens, 16, 17 and 18, arrested in connection with Mr Anderton's death.

And today his distraught family have released a heartbreaking tribute to a man with the "cheekiest smile".

They said: “As you can imagine, our family is still struggling to come to terms with what has happened and we will never understand why someone would want to hurt Scott.

“Scott did not have a bad bone in his body and was genuinely the most caring, loving, kindest person you could meet. The love for his family meant everything to him.

“He made time for anyone he met and would always be there if anyone needed help.

"Even on the darkest of days Scott was always positive and had the cheekiest smile which was infectious." 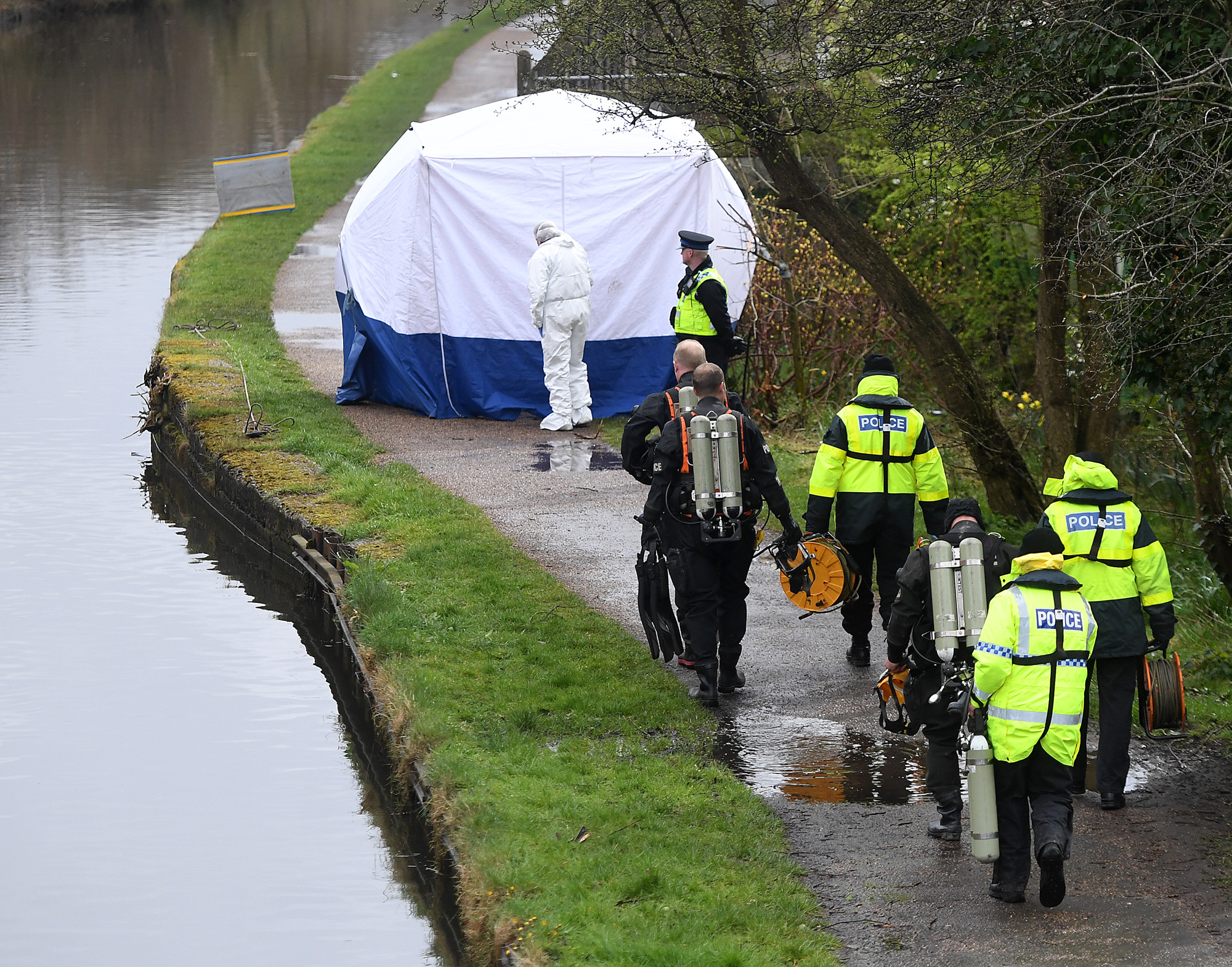 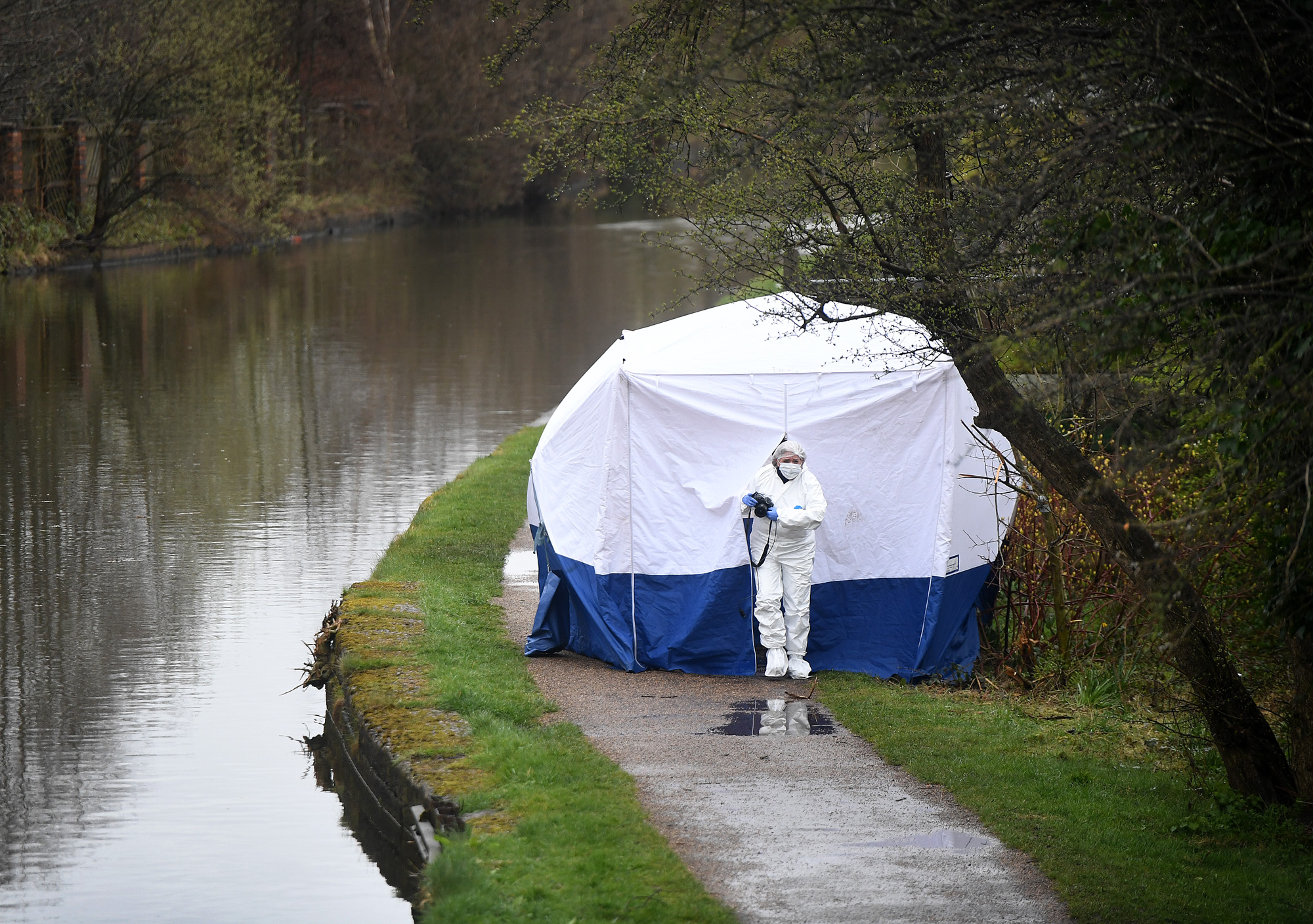 And tragically, they revealed Mr Anderson had suffered the loss of a daughter.

"Our family has been robbed of a son, dad, grandson, brother, nephew and uncle. There is an emptiness which can never be filled and our family will never come to terms with their loss," they said.

“The only comfort we can find in all this madness is knowing that he will finally be at peace with his precious baby girl back in his arms."

Last night, cops revealed they've been given extra time to question their suspects in custody.

The victim's sister Nicola Anderton told the Manchester Evening News her brother was loved by his family and many friends.

“As I'm sure you can all imagine, our family are still struggling to come to term with the loss of ‘our kid’," she said. 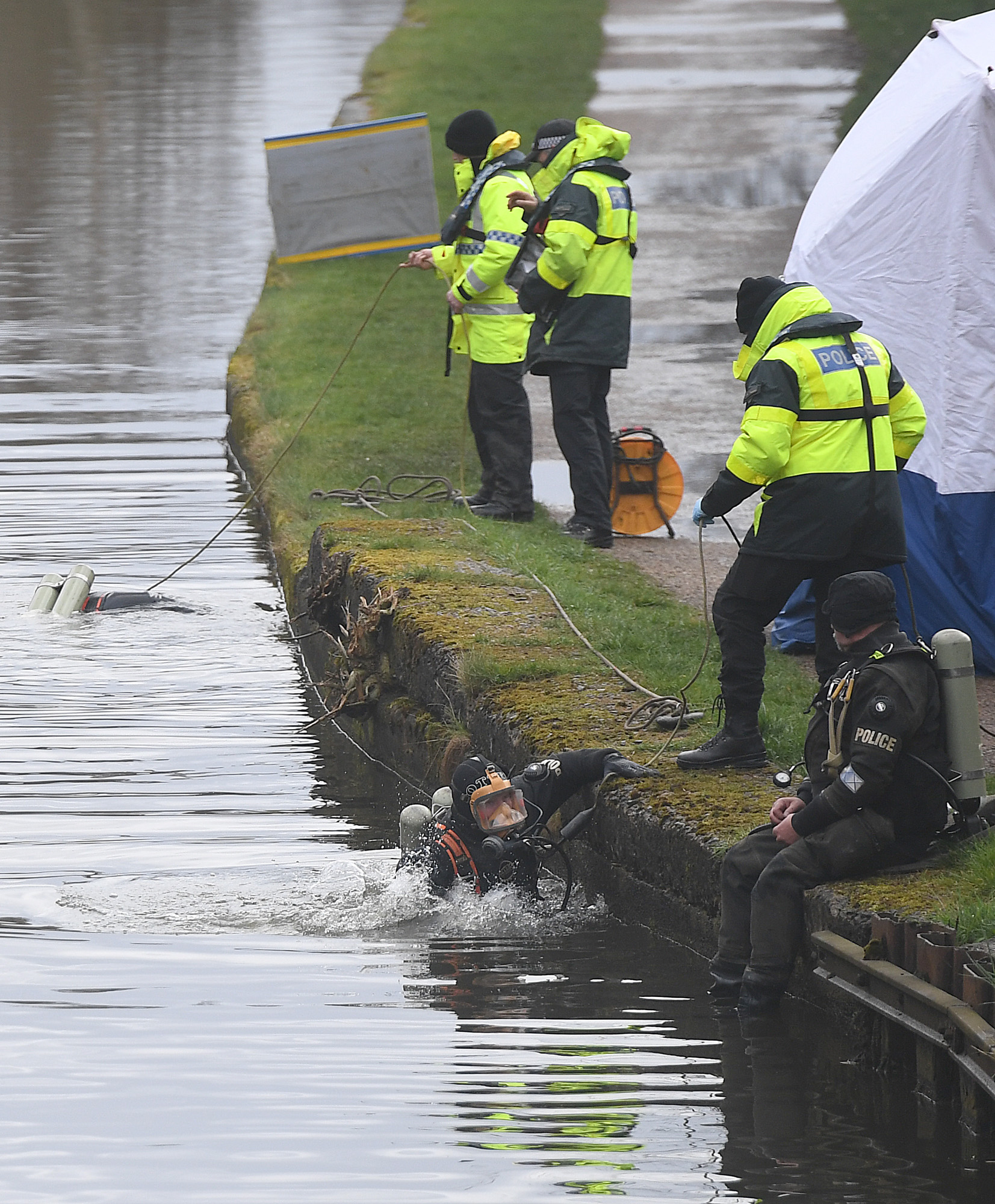 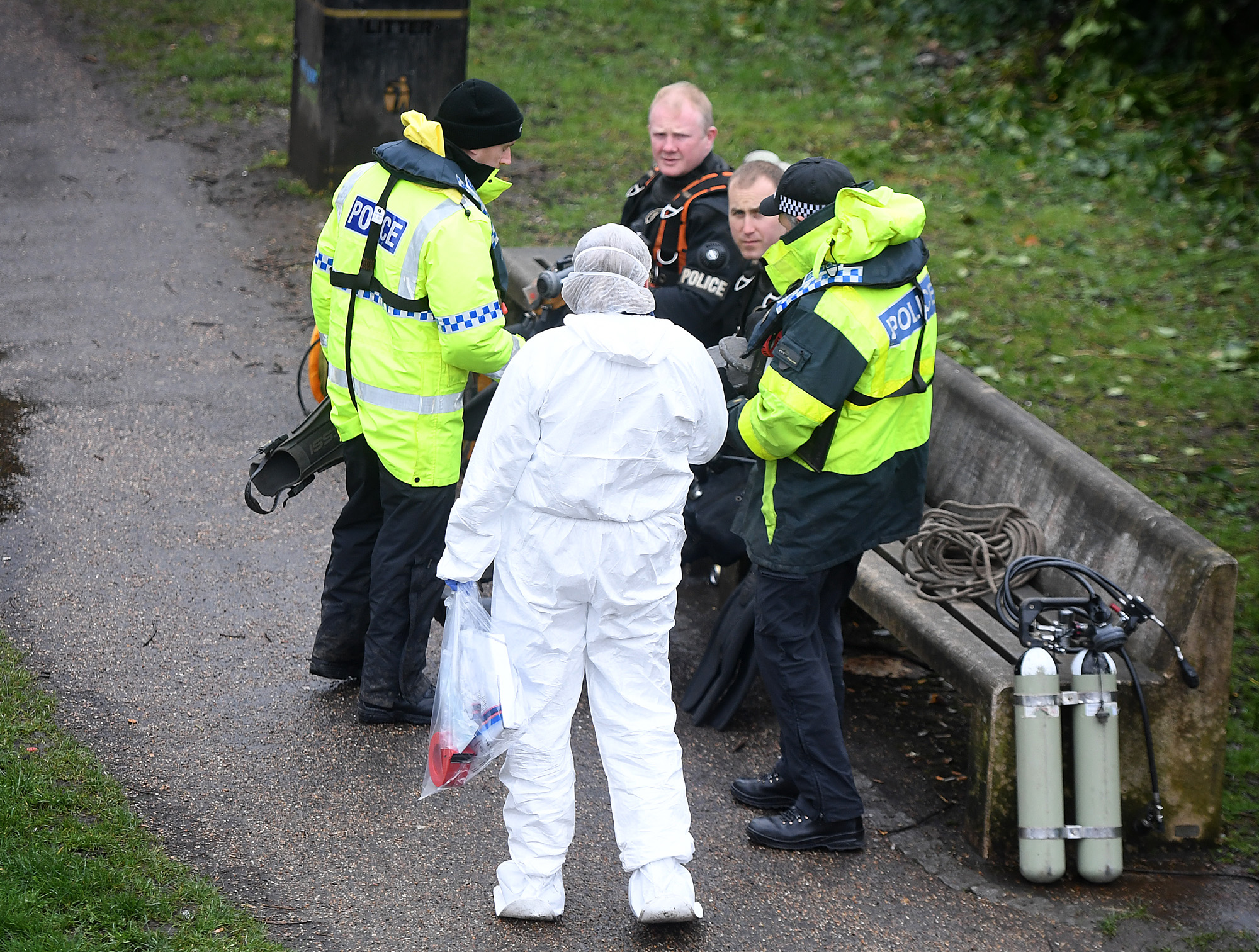 In a statement, Greater Manchester Police (GMP) said: "Three teenagers being held by police on suspicion of murdering a man from Leigh have had their time in custody extended.

"Three males – aged 16, 17, and 18 – were arrested on Friday, March 26, and will remain in custody for an additional 36 hours after an application was accepted at Wigan and Leigh Magistrates’ Court.

"A murder investigation was launched by detectives from GMP’s Major Incident Team after the body of a man was sadly recovered by emergency services from the Leeds and Liverpool canal on the morning of Thursday, March 25.

"The man has since been confirmed to be that of 33-year-old Scott Anderton from Leigh.

"His next of kin has been informed and are being supported by specialist officers.

"It has since been established that Scott died after suffering multiple stab wounds and blunt trauma injuries."

Police were called to the canal at 7am on Thursday after Mr Anderton's body was seen.

Detective Chief Inspector Liz Hopkinson of GMP’s Major Incident Team, said: “Our thoughts remain firmly with the family of the man who very tragically lost his life and we currently have specialist officers providing support to them.

“We currently have three people in custody for questioning but I would stress that our investigation is continuing at pace to ensure we are able to provide his family with the answers they deserve."