Home » World News » Man, 45, in court after being charged with crashing BMW into police station and setting the road on fire

Man, 45, in court after being charged with crashing BMW into police station and setting the road on fire A MAN today appeared in court after a car smashed into a north London police station before flammable liquid was set on fire on the road.

Adam Pawlowski, 45, appeared in custody charged with attempted arson with intent to endanger life, dangerous driving and criminal damage to property value over £5,000. 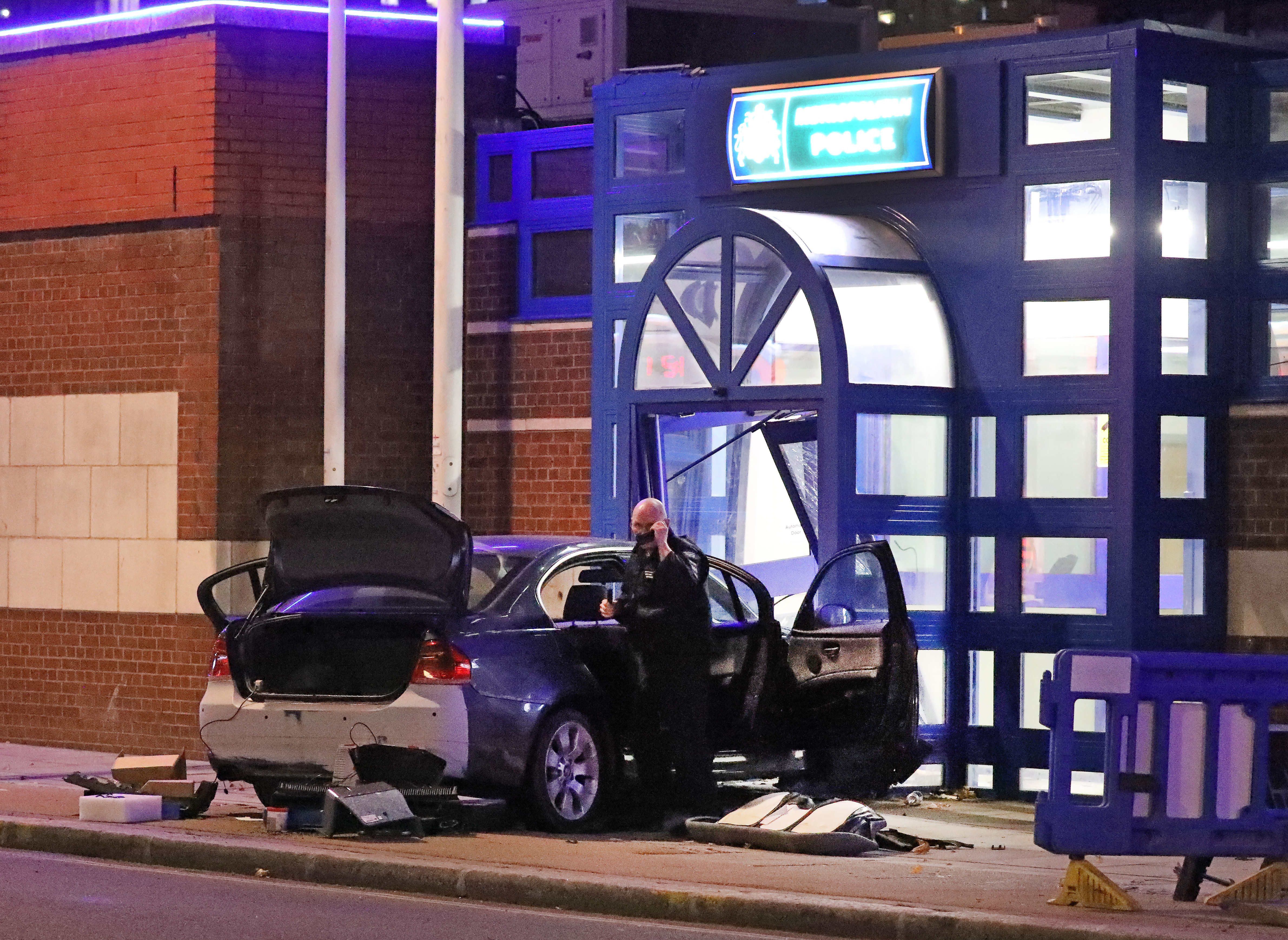 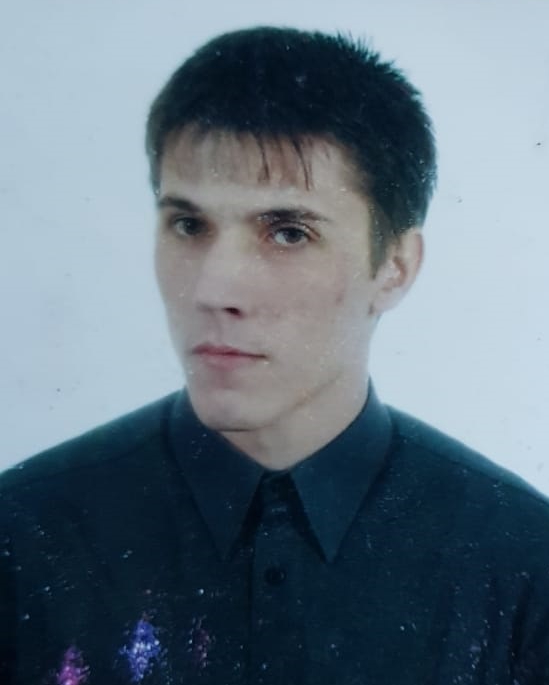 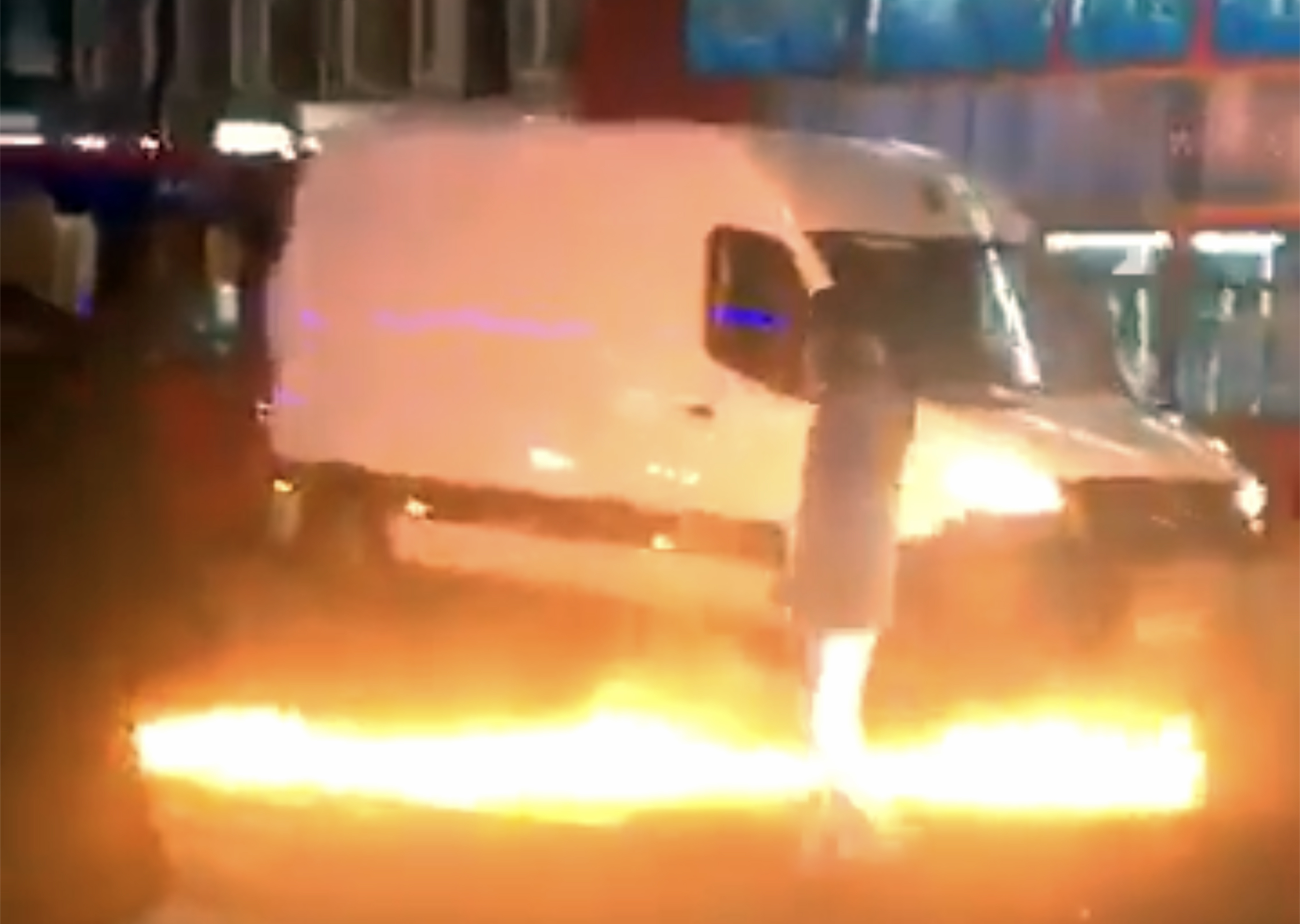 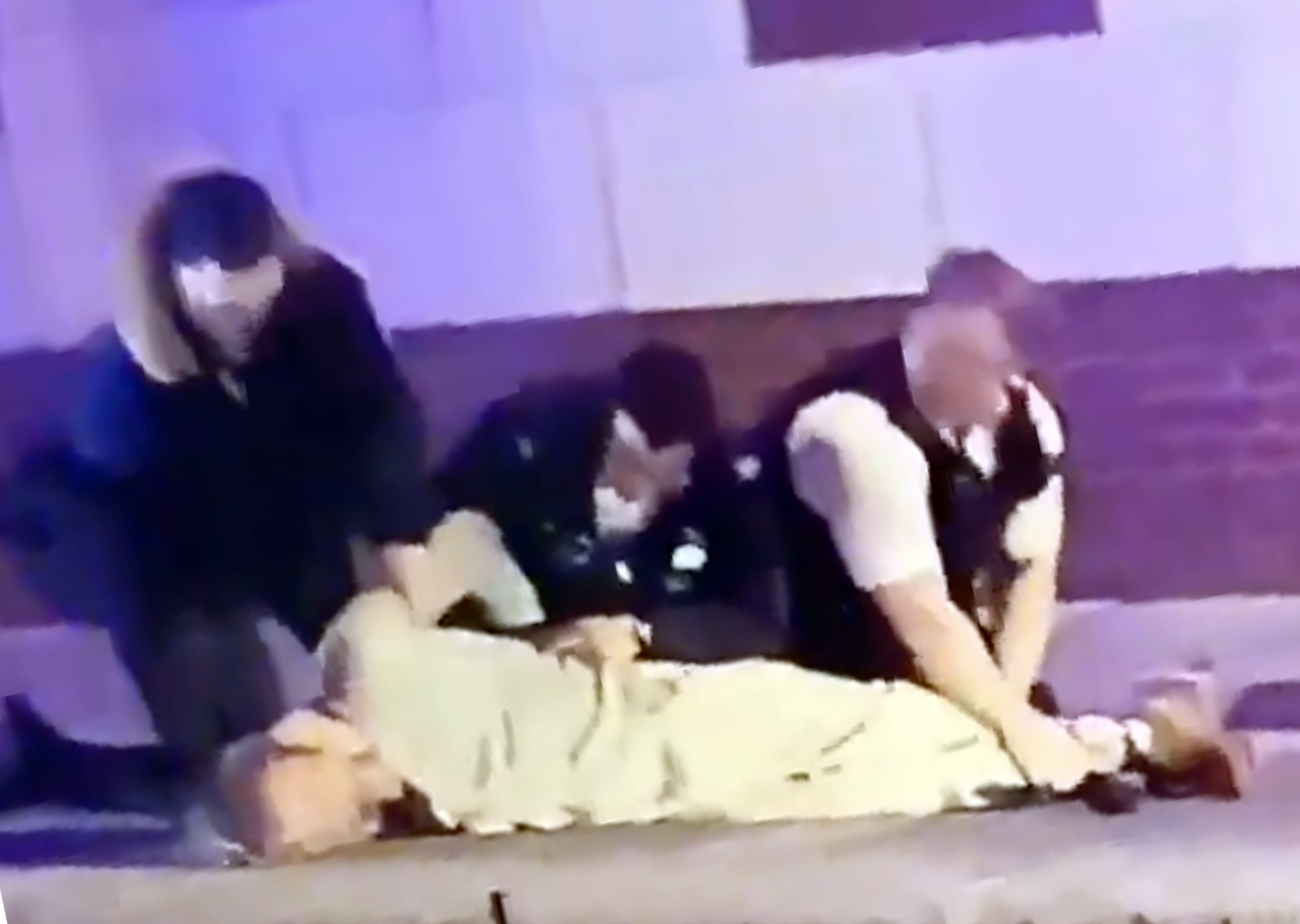 He is accused of driving a BMW into the front door of the Edmonton police station, breaking the glass, and then retrieving a jerry can from the rear and dousing petrol in the road on Wednesday night.

Footage shown on CCTV sees the road burst into flames before the man in the video is apprehended by a member of the public as police arrive to arrest him.

Pawlowski was charged with criminal damage after the glass doors of the cop shop, valued at more than £5,000, were smashed.

He said: “In footage, it appears the rear wheel seemed to be furiously spinning and smoke was being emitted.

“He then exits the vehicle and goes to the rear of the motor vehicle he was driving and retrieves a fuel canister.

“He then ignites the fuel which is then lit. This is filmed by a passing member of the public."

Police were scrambled to the scene where they arresting the man.

He was formally interviewed by cops before being charged.

The prosecutor said if convicted, Pawlowski would be looking at a “significant term of imprisonment” and should be denied bail. 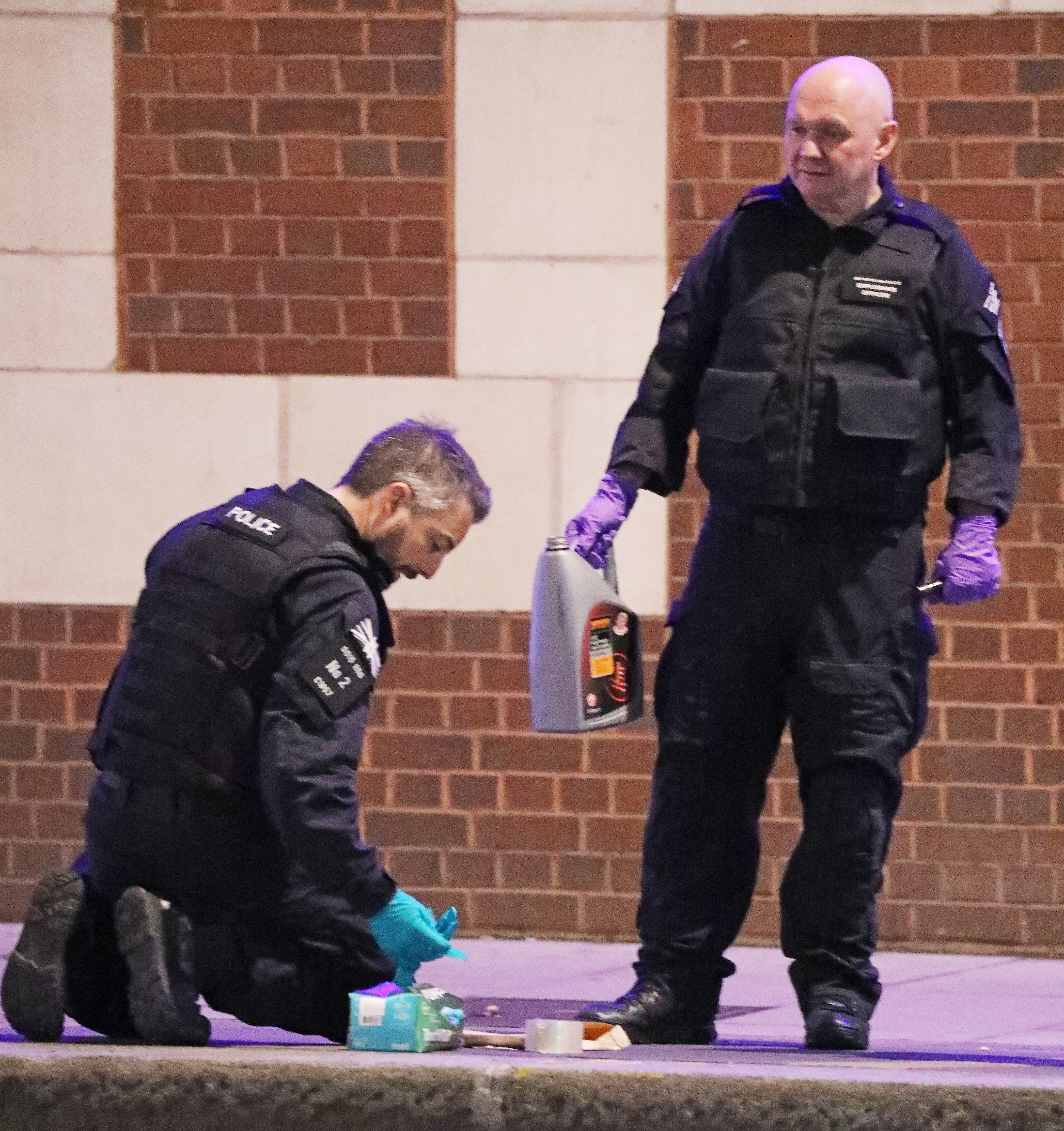 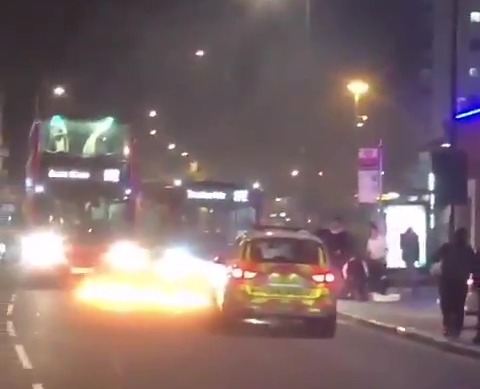 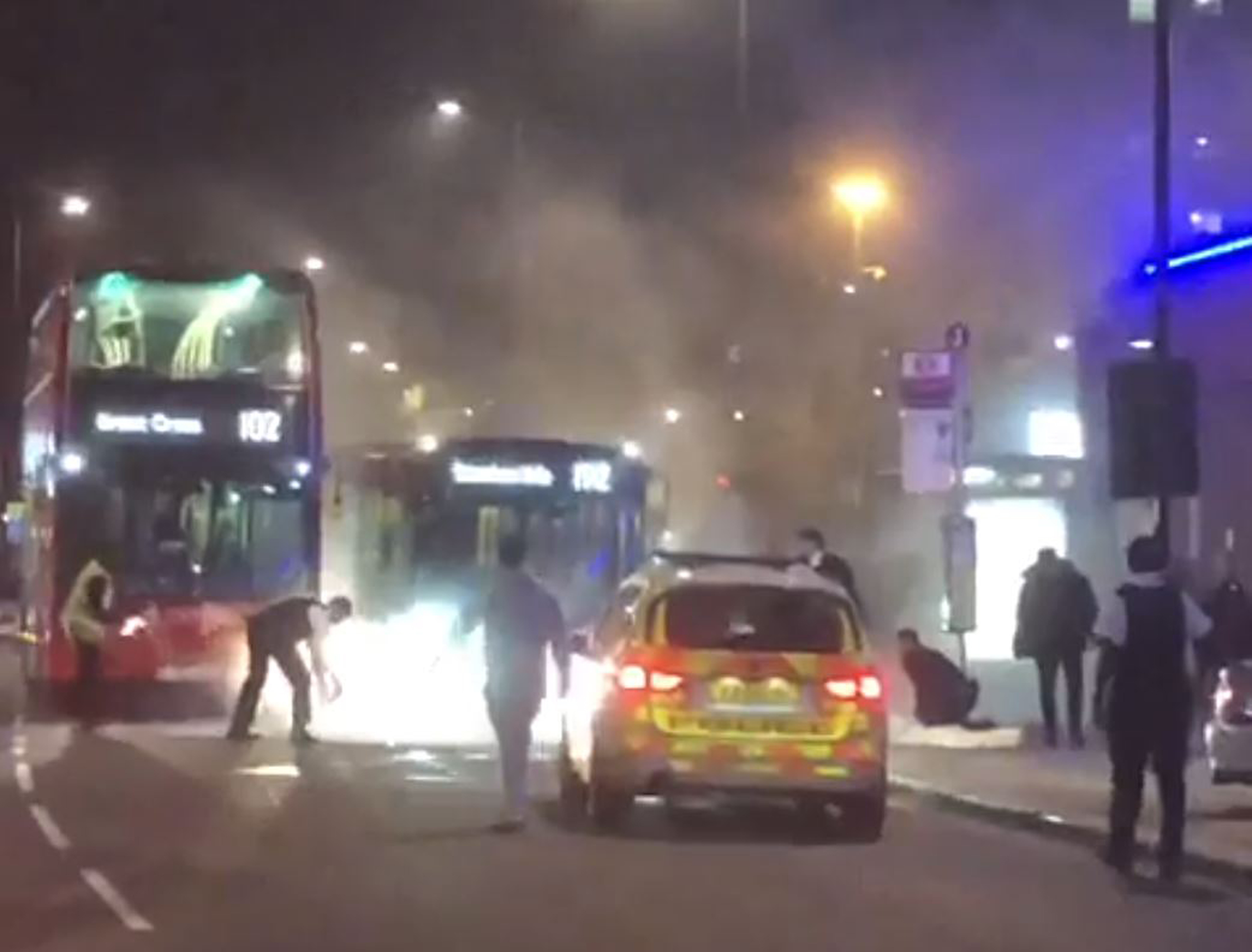 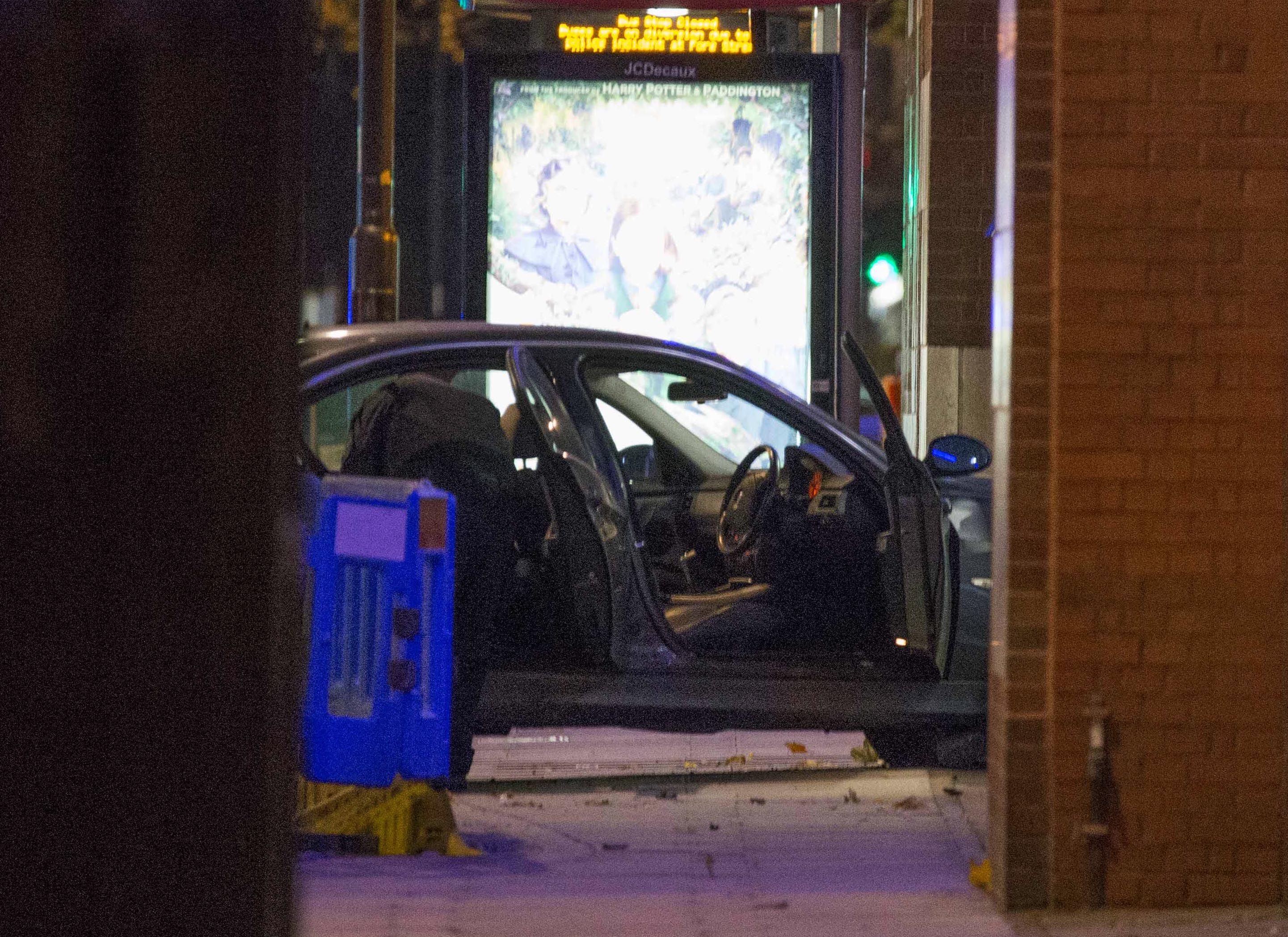 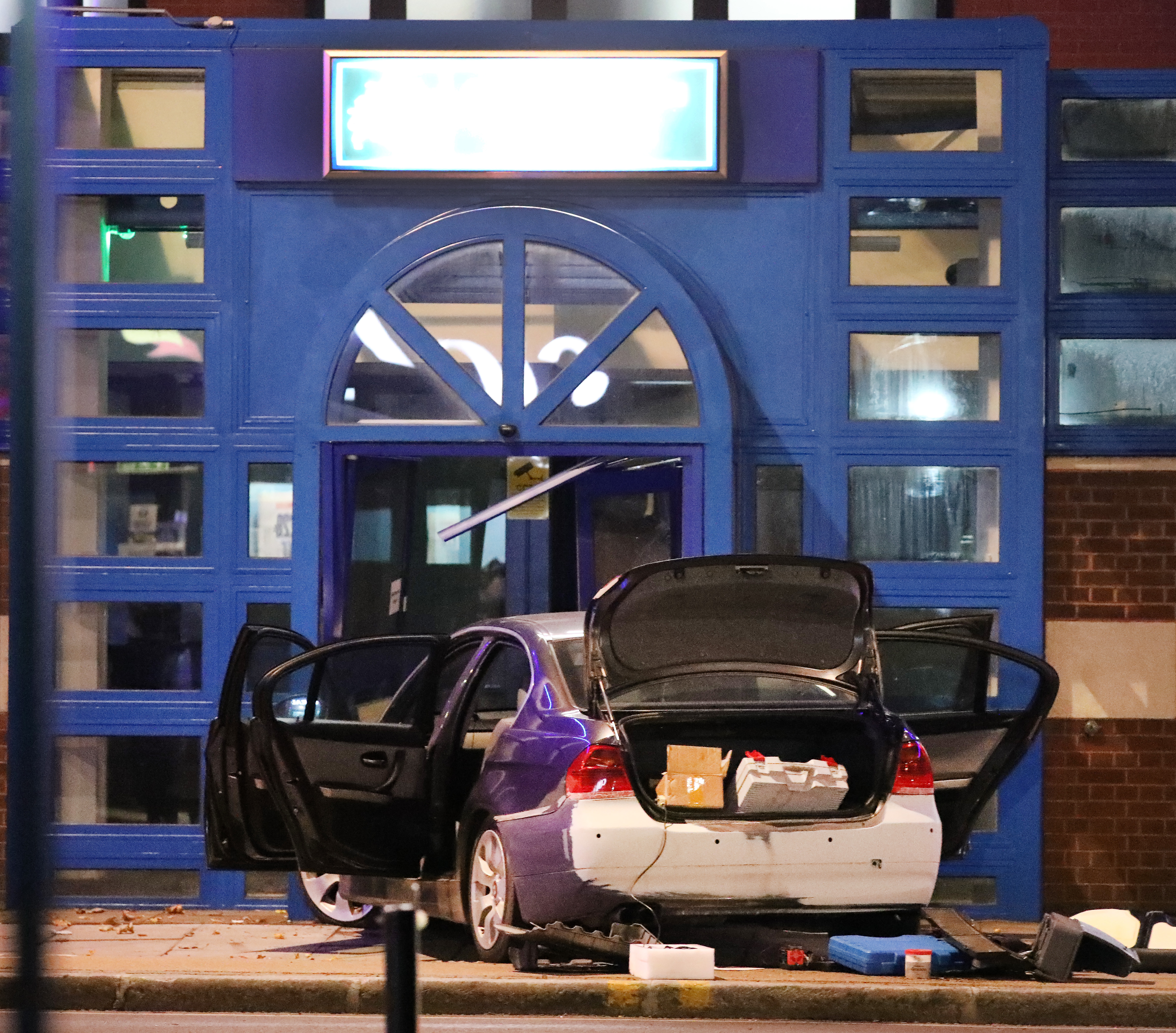 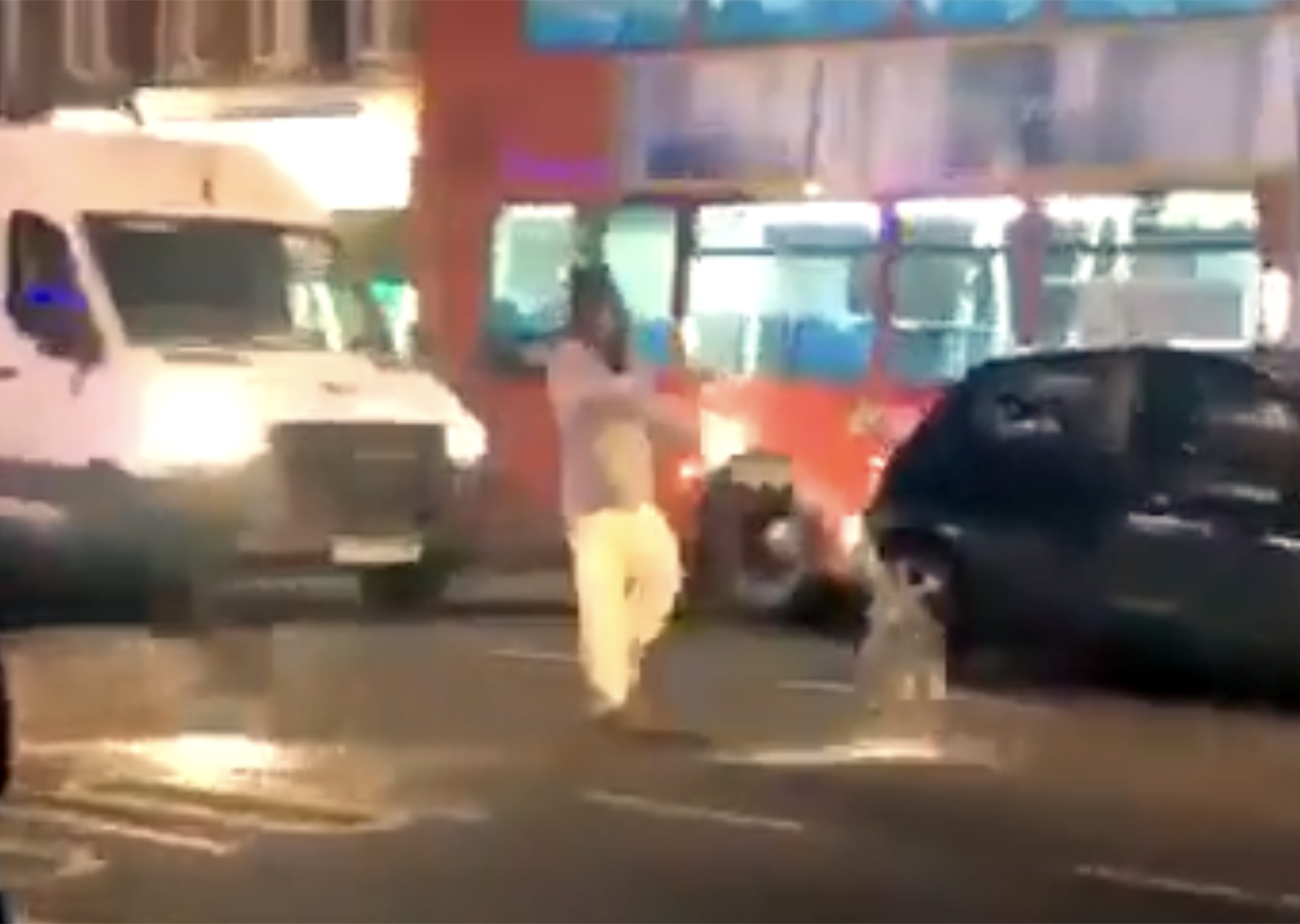 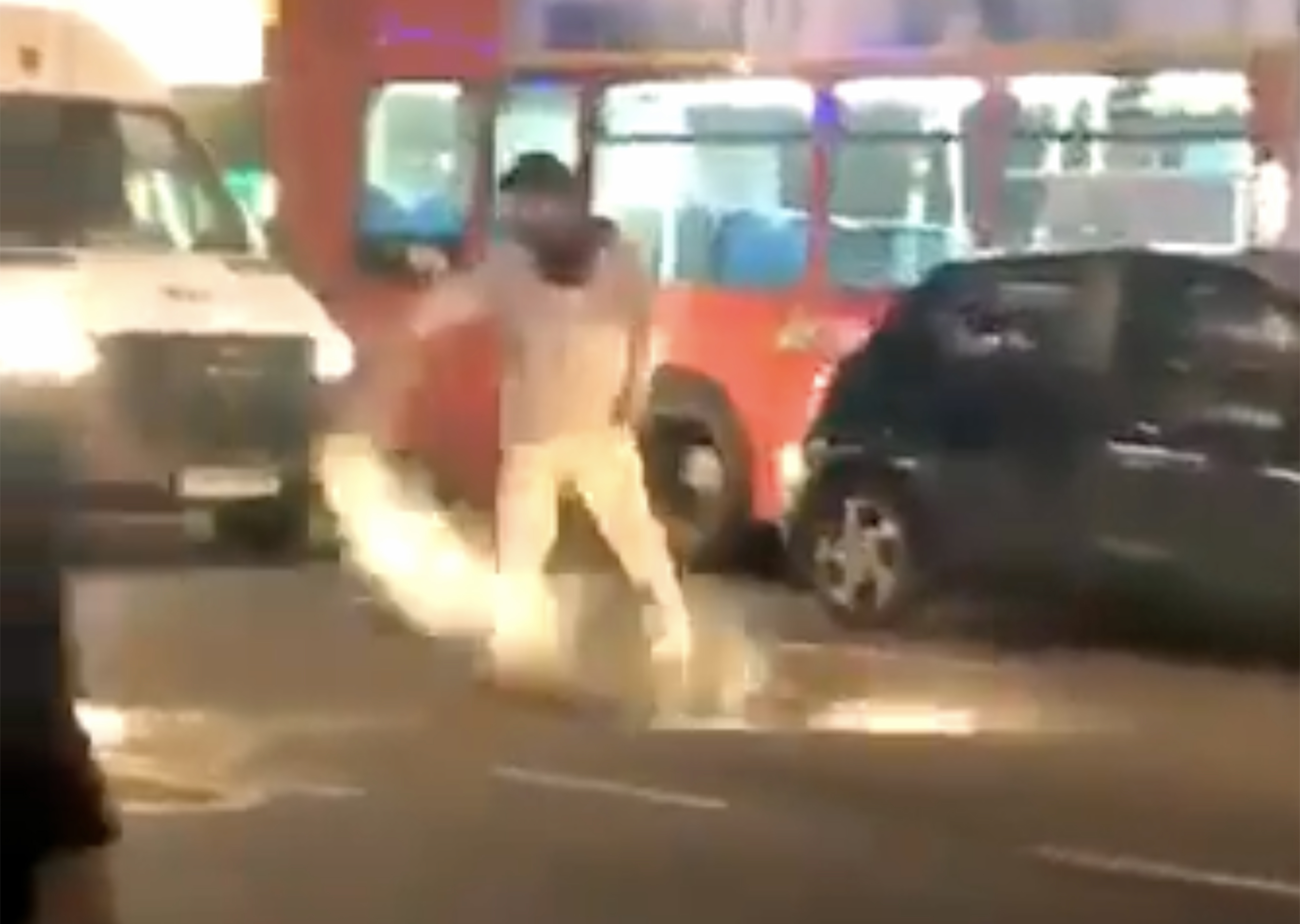 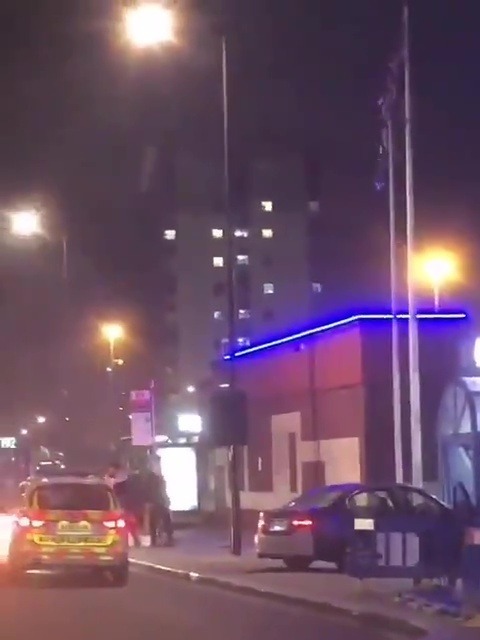