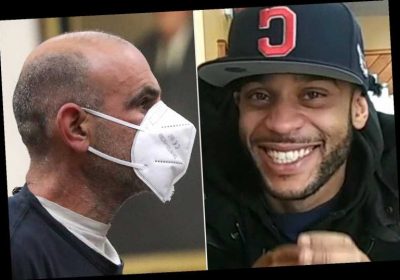 Charges have been filed in Massachusetts against a 54-year-old Hudson man who stands accused of killing a 34-year-old Boston man during a violent road rage encounter last week during which the suspect allegedly hurled racial epithets at the victim.

Authorities in Belmont allege that Dean Kapsalis drove his pickup trick over Henry Tapia on the afternoon of Jan. 19, causing fatal injuries.

On Monday, in a statement, the Middlesex County District Attorney's Office announced formal murder charges had been filed against Kapsalis, along with motor vehicle and civil rights charges.

The statement alleges investigators learned from eyewitnesses that "the defendant and the victim were engaged in [a] verbal altercation in the roadway when the defendant," who is white, "began yelling racial slurs at the victim, a Black man." According to the statement, witnesses reported "hearing the two men arguing before the victim allegedly began to walk back to his vehicle, a Honda Civic. At that time, the defendant allegedly entered his vehicle, a Dodge Dakota pickup truck, and drove it at the victim, striking him by the driver's side of his vehicle and dragging him a short distance before fleeing the scene."

Police arrived at the scene, and broadcast a BOLO alert for Kapsalis' truck. Less than 30 minutes later, Kapsalis "turned himself in to police," says the statement.

According to the Boston Globe, Kapsalis allegedly told investigators Tapia had threatened him with a gun.

No weapons were recovered from the victim's vehicle, the paper reports.

In addition to murder, Kapsalis is charged with assault and battery with a dangerous weapon, a civil rights violation causing injury, and leaving the scene of an accident causing death. Not guilty pleas have been entered on his behalf. He remains in custody without bail.

PEOPLE was unable to reach Kapsalis' attorney for comment.

He is due back in court for a March 1 hearing.

Meanwhile, a GoFundMe campaign has already raised over $150,000 for Tapia's family, including his three children.

The page mentions that Tapia was "a significant part" of the New England gaming scene. Particularly, Tapia was a fan of the Japanese fighting game Tekken.