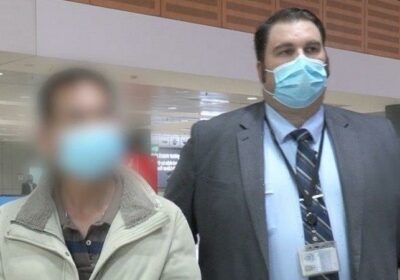 A man has been extradited from Western Australia and will appear before a Sydney court on Thursday after allegedly defrauding his intellectually disabled colleague of more than $435,000.

Police allege the 52-year-old befriended his colleague and escorted him to a financial institution on a number of occasions between 2014 and 2016, coercing him to withdraw large sums from his bank account. 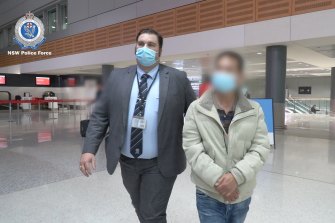 The man will appear in court on Thursday after being extradited from Western Australia.Credit:Police Media

In early 2020, the alleged victim, then aged 58, became aware more than $435,000 had been withdrawn from his account and reported the matter to police, who began an investigation.

In April 2022, detectives applied for, and were granted, an arrest warrant for the alleged fraudster, who lives in Western Australia.

With the assistance of Western Australia Police, the man was arrested at a home in Gilwell Avenue at Kelmscott on Monday.

He appeared in Armidale Magistrates Court on Tuesday and NSW detectives were granted an application for his extradition.

He was escorted to NSW on Wednesday and taken to Mascot police station.

The man was charged with an outstanding warrant for the offences of knowingly dealing with the proceeds of crime and dishonestly obtaining financial advantage by deception.

He was refused bail and will appear at Downing Centre Local Court on Thursday.

Our Breaking News Alert will notify you of significant breaking news when it happens. Get it here.