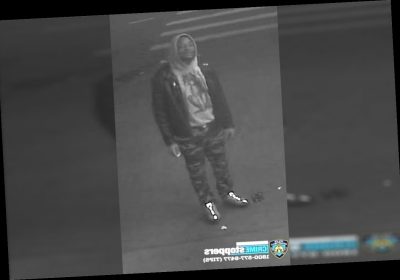 A brute tried to rape a woman in the stairwell of a Brooklyn building over the weekend — slamming her head into the steps while threatening to shoot her, cops said Sunday.

“Don’t say anything or I will shoot you!” the man barked at the 24-year-old after grabbing her from behind as she entered her Flatbush building around 2:30 a.m. Saturday.

The creep then repeatedly punched the victim in the face, which caused her to hit her head on the stairs in the building located near Beverly Road and Rogers Avenue, cops said.

He then penetrated the female’s vagina with his fingers, cops said. The attacker was frightened off when he heard building residents.

The woman was treated for cuts and bruises. The NYPD’s Special Victims Division is investigating.