Man has chopstick removed from penis after friend inserted while drunk A man who claims his friend inserted an entire chopstick up his penis while they were ‘blind drunk’ has had the object removed in hospital.

‘N.V.D’, the 42-year-old patient, sought medical help in Vietnam’s southern Dong Nai Province after complaining of difficulty urinating and pain in his penis.

Dr Tran Phuong of the Saigon-Dong Nai ITO Hospital, where the man was taken, said scans did not reveal the foreign bodies inside the man’s penis, suggesting it was not metal. 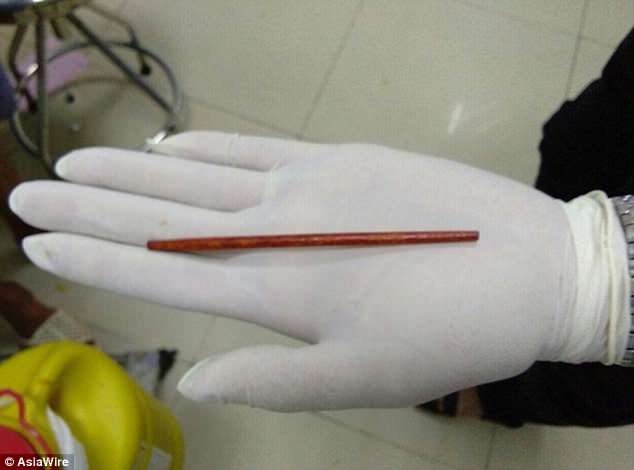 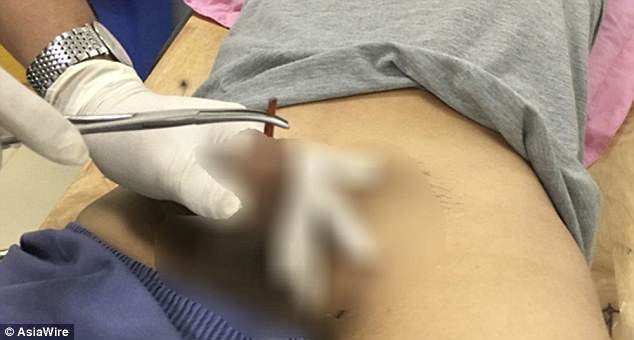 The chopstick had been shoved so deep into the organ that its tip was about 1.18 inches from the urethral opening, the doctor said.

The doctor added that the entire chopstick, which measured some 4 inches long, was able to be pushed out of the front end out of the patient’s urethra by him, without the need for surgery.

N.V.D later revealed that his friend had inserted the chopstick up his penis ‘for fun’ while they were ‘blind drunk’ and sought medical attention the very next day.

Dr Tran said the patient did not require an overnight stay and was discharged on the same day. 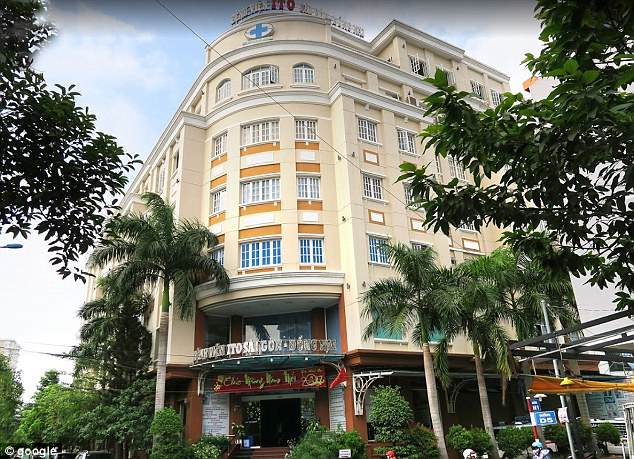 The Saigon-Dong Nai ITO Hospital, where the chopstick was removed