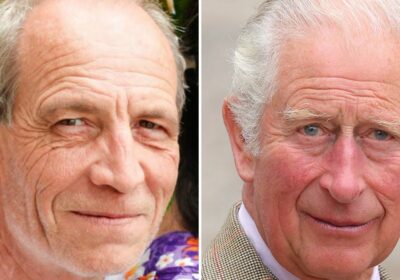 A bloke who claims he is the 'secret son' of King Charles III is once again demanding a DNA test after saying Prince William being name Prince of Wales is a "kick in the face".

Simon Dorante-Day, 56, has made several claims over being the son of King Charles III and Camilla Parker Bowles over the years, with the bloke keen to spread the news of his commitment to receiving a DNA test.

The 56-year-old has even said he has discussed with senior legal figures the routes he has in bringing action against the newly-ascended King and Queen Consort.

READ MORE: King Charles could 'cause an act of war' with Sussexes if he strips Royal titles

His hopeful DNA test could be closer than expected, with his legal teams saying they don't see "any reason" why Dorante-Day should be refused a DNA test.

Speaking of the potential test to News7, Dorante-Day said: "There has been a discussion in there between a judge and myself and his barrister about the legal standing of Charles, and whether the monarch is protected by the law or is above the law.

"And the answer to that was no – they told me that we don’t see any reason why he is. And secondly, Camilla and her family are certainly not above the law. So that argument’s already been had and settled.

"A lot of people were concerned that when Charles rose to be monarch that it would damage my case. But it’s not going to make any difference legally, it’s still pressing ahead the same way."

The 56-year-old added: "It’s hard not to take Charles naming William as the Prince of Wales as anything other than a kick in the face.

“I don’t want to feel that way, but I do. I just think, the least Charles can do is give me an answer – acknowledge me. He gives William a title like that, well where’s my answer? Where’s my DNA test? If you are not my father, then prove you’re not.

“I feel dismissed. Charles got what he wanted: he got the throne, he got his wife, he got it all. I don’t even get the truth about my mother. When’s it going to swing the other way? Now it’s time for me to get my happy ending.

The father-of-nine also revealed he had written to the Queen before her death in the hopes of encouraging at-the-time Prince Charles to come forward for a DNA test.