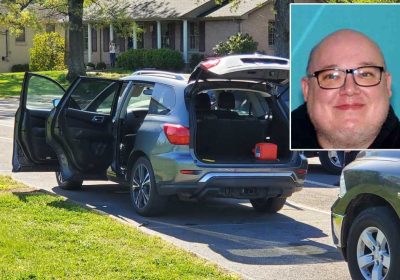 Ex-MMA fighter gunned down after he shot his girlfriend, cops say

A Tennessee man killed his wife and her mother before turning the gun on himself Monday.

Marie Varsos, 31 and Deborah Sisco, 60, were killed in the attack at Sisco’s house in suburban Nashville, police said in a statement.

Suspected killer Shaun Varsos, 36, was arrested last month for trying to strangle Marie at gunpoint, according to the Tennessean.

On Monday morning, the suspect broke into the house where his estranged wife was living “armed with a shotgun,” according to Lebanon Police.

“Shaun Varsos is believed to have been shot and injured during the incident, prior to shooting and killing Marie and Deborah,” the statement reads.

Shaun was later found with a self-inflicted gunshot wound in a SUV near his home, according to police.

Metro Nashville Public Schools were locked down before the killer’s body was found, the newspaper reports.

Shaun was out on bond after being charged with aggravated assault with a deadly weapon in connection with a March 11 attack on Marie, who had filed for divorce just a week earlier, News 4 Nashville reports.