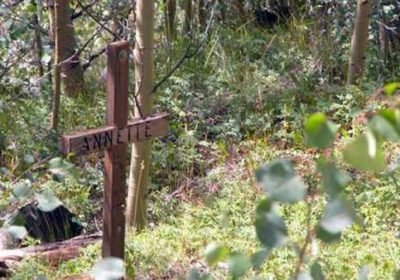 Alan Lee Phillips was rescued from a snowdrift in 1982 after he signalled SOS with his headlights. The police now say he became trapped on the road after killing two women.

On a January night in 1982, Alan Lee Phillips was found shivering in his pickup, stuck in a snowdrift on a treacherous mountain pass in central Colorado.

A rescue worker tracked him down after Phillips, then 30, used his headlights to blink the Morse code signal for SOS and caught the attention of a passenger on a plane flying overhead. Asked what he had been thinking, taking such a dangerous road in subzero temperatures, Phillips, looking dazed, said he was coming back from a bar, according to the police.

“You find out how lonely it is really quick,” Phillips later said, according to a newspaper article from the time. “I thought about walking to a ski area nearby, and went about 200 yards and thought, ‘No way.’ It was too cold.”

Nearly 40 years later, the police now say they know where Phillips was really coming from that night and what might have caused him to take the perilous route. Authorities say he had just shot two young women and left them to die near the mountain town of Breckenridge.

“It was his own stupidity that got him up there, because the pass is not passable in the wintertime,” said Sgt. Wendy Kipple of the Park County Sheriff’s Office. “I don’t know what he was thinking, other than he was trying to run away from a crime he had just committed.”

Phillips, now 70, was charged in February with first-degree murder, assault and kidnapping in the killings of Annette Schnee and Barbara Jo Oberholtzer after DNA evidence linked him to their deaths.

Phillips, a semiretired mechanic living in Clear Creek County, west of Denver, has been held in the Park County Jail since his arrest. He is being represented by a lawyer with the state’s public defender’s office, which did not respond to requests for comment.

The connection between the rescue and the charges was reported this week by KUSA-TV and other outlets.

Phillips’ arrest followed decades of investigation by several different agencies and private detectives in Colorado, where the crimes gripped the investigators who tried to solve it.

Kipple, 56, has been investigating the case for more than 30 years. She grew up in Summit County and was a senior in high school when the crimes took place.

“It’s one of those cases that you just can’t put it down,” Kipple said. “You have to find out why and who.”

Oberholtzer, 29, was a meticulous planner. She often carried around a notebook full of plans and budgets for a horse corral that she and her husband planned to build on their property in Alma, Kipple said. She had a daughter, who was 11 at the time of her mother’s death.

Schnee, 21, cleaned rooms at a Holiday Inn in Frisco, Colorado, during the day and was a waitress at a bar at night. She wanted to become a flight attendant, according to her mother.

She was last seen around dusk on January 6. She had gone to a pharmacy in Breckenridge to pick up a prescription, then went out to hitchhike home to Blue River, about 10km away.

She never made it there, the police said.

Later that night, Oberholtzer went to a Breckenridge bar with some friends. She had been promoted from secretary to office manager and wanted to celebrate, Kipple said.

Her friends had told her they could give her a ride, but Oberholtzer decided to leave earlier and hitchhike back to Alma.

Hitchhiking was and remains common around Breckenridge, a popular ski resort area that attracts rich tourists but where many residents struggle to keep up with the cost of living and cannot afford their own car, Kipple said.

Oberholtzer was found the next morning, just off Highway 9 near the summit of Hoosier Pass. She had been shot twice. A pair of plastic cords was tied to her wrist, according to the police.

Six months later, Schnee’s body was found lying face down in Sacramento Creek in Park County. She had been shot in the back.

Over the years, investigators looked at dozens of people in connection with the crimes but were unable to make an arrest. Authorities said they had carefully collected the evidence at both scenes, including a glove and tissue found near Oberholtzer’s body that were stained with blood.

In 1998, investigators tested the blood for DNA and found it belonged to an unknown male. They searched a criminal database for matches but found none. The trail went cold again.

After one of the investigators in the case died, three years ago, his son gave a packet of news articles about the case to Mitch Morrissey, a former prosecutor and a co-founder of United Data Connect, a Colorado-based company that conducts forensic genealogy.

Morrissey told reporters in March that he was struck by the photos of the women “lying in the snow after being shot in the darkness, by themselves, dying, basically freezing to death.”

He said he could understand how the crime would make investigators so determined to “answer the question of who would do such a horrible thing to somebody.”

Forensic genealogists with his company found 12,000 people in a family tree who had a possible match to the profile. Kipple said investigators asked many of those people to volunteer DNA samples, and all of them agreed to provide one. She declined to say how many people had given a sample or if Phillips had provided one.

On February 24, after surveiling Phillips for weeks, the police arrested him during a traffic stop in Clear Creek County.

The police said they did not know whether Phillips knew either woman or what a possible motive may have been.

Oberholtzer’s husband, Jeff, said in a statement that he prayed the arrest “will finally, after all these decades, bring closure and peace to this hideous nightmare.”

Eileen Franklin, Schnee’s mother, said she was relieved that she had lived long enough to see an arrest.

“I just thought before I leave this earth I would like to see some closure,” Franklin, 88, said in an interview. “It’s been a rough 40 years.”