A MAN doused himself in petrol and set himself on fire after allegedly being dumped by his girlfriend.

The man, believed to be in his early 40s, poured a jerrycan’s worth of fuel over his head after rowing with his ex, witnesses said. 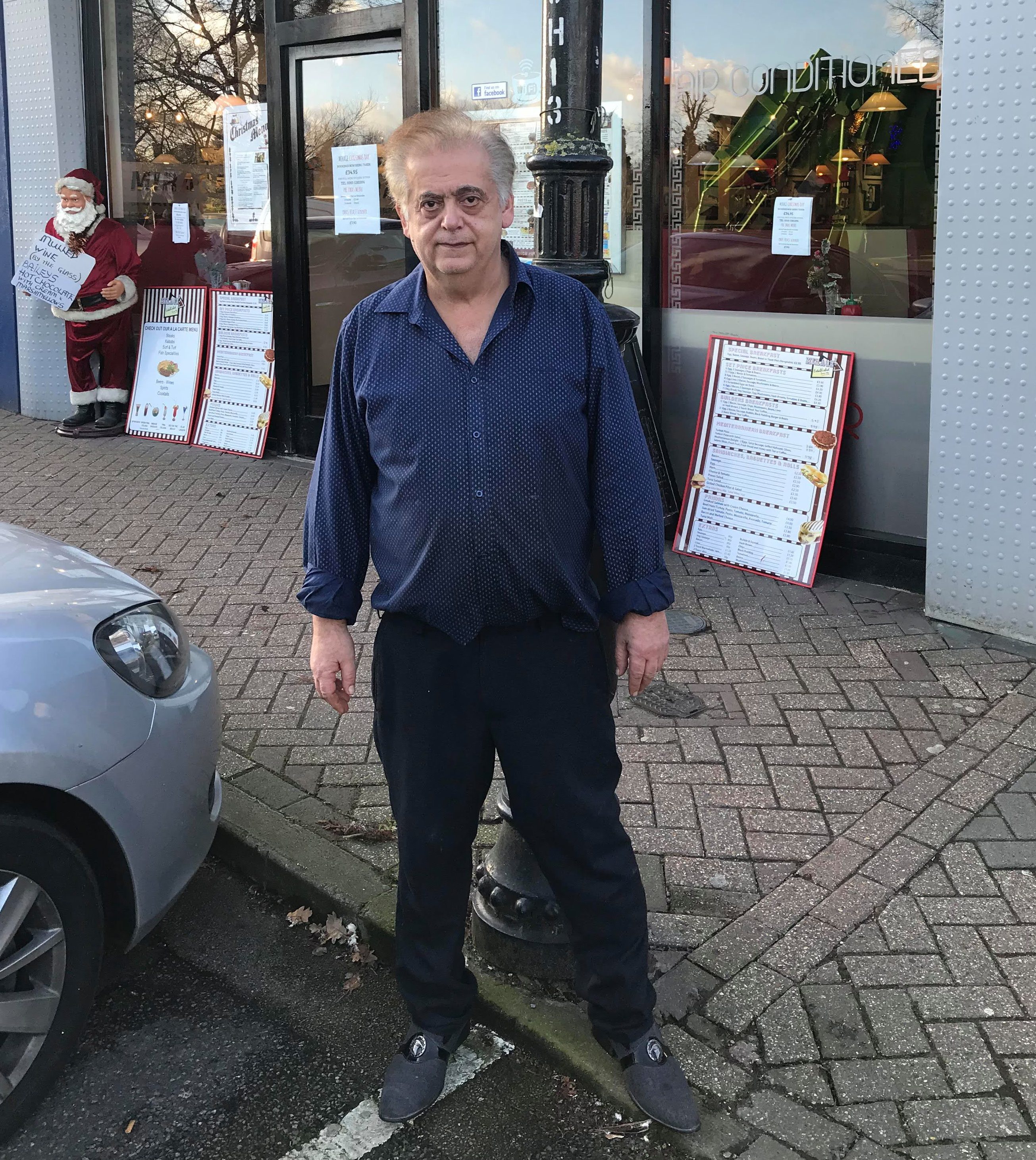 He was blocking her silver VW Golf in Chislehurst, South East London, at 9pm last night and refused to let her leave.

Seconds later he set himself on fire outside the Queen's Head pub and was engulfed by 15ft flames.

Hero Djan Ali, 59, who owns the Mirage 2 Diner on the busy high street, risked his own life to save the man, who is fighting for his life in hospital.

He was closing his restaurant when he saw him arguing with a woman outside.

Mr Ali told The Sun Online: “I saw the man dousing himself in petrol. He was pouring the whole can over his head.

“He was arguing with a woman and she was desperately trying to grab the petrol can from him.

“There was petrol all over the ground and they both ended up slipping and falling over.

“I’m not sure if he used a lighter or a match, but seconds later he set himself on fire.

“The flames were 15ft high so I sprinted inside the diner and grabbed a fire extinguisher. 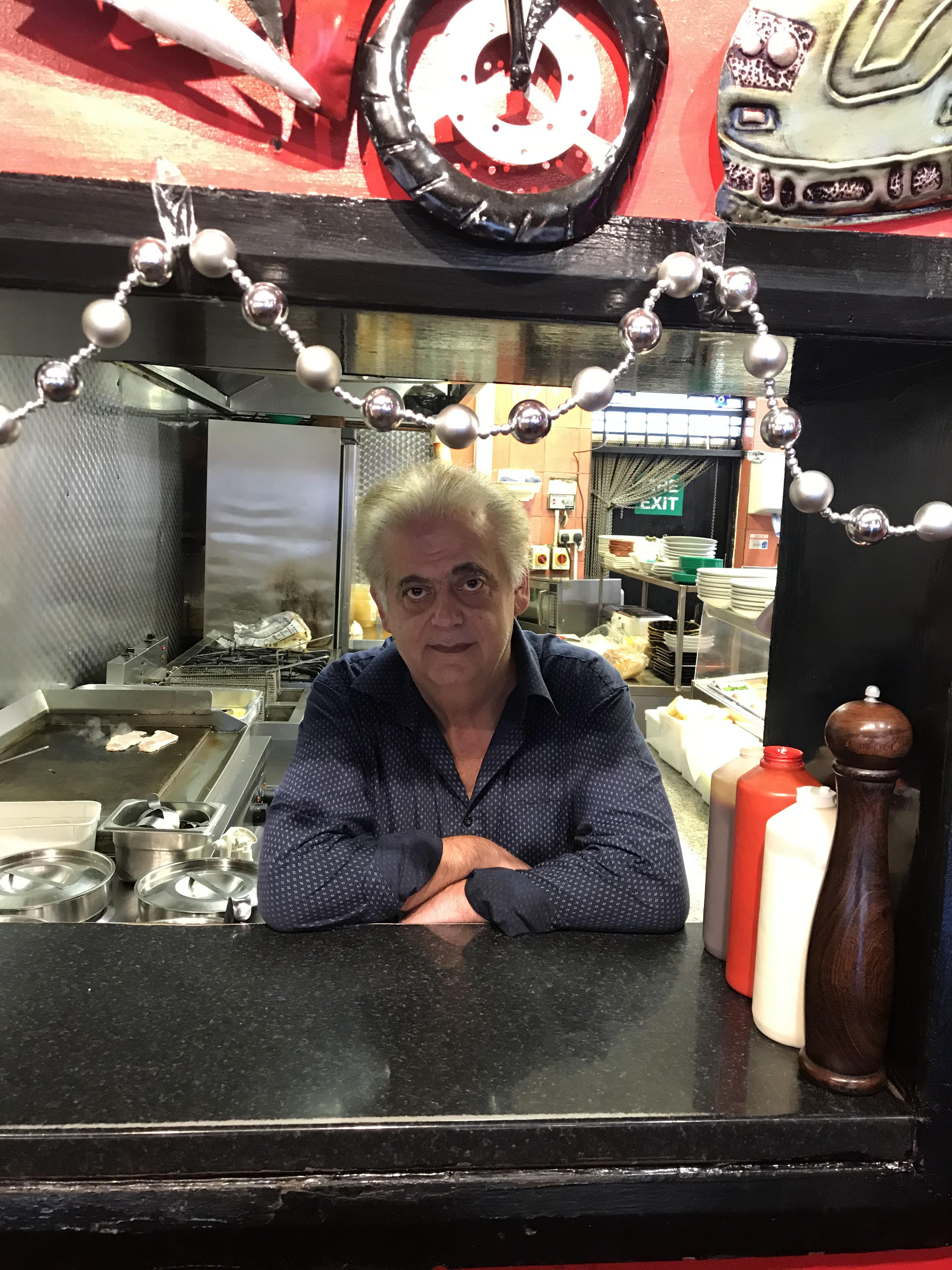 “He wasn’t even screaming. He was just standing there with his arms out at the side.

“I used the fire extinguisher to put him out. It took the best part of a minute.

“I remember hearing him say ‘I want to die’. The flames were very high. All he kept saying was 'I want to die, let me die'.

“People from the pub then sprinted over and used a fire extinguisher to put out the flames on the ground.

“They then ripped off his clothes. His face was completely charred and black – it was so sad to see. When you're burning you'd think you'd scream, but he didn't at all. He fell to the floor eventually. He was alight for a good minute and a half by the time I got the fire extinguisher and got him out.

“If it wasn’t for me he would have definitely died.”

Mr Ali said the woman had broken up with the man six weeks ago and the pair were only together for four weeks. She had worked as a waitress at his cafe.

He added: “She dumped him six weeks ago. He wanted to get back together with her but she wouldn’t take him back.

“They were only together for four or five weeks.”

Another witness said: "If it wasn't for the quick action from three blokes in the pub and one of the bouncers ripping his burning clothes off and extinguishing him he would have been dead.

"There were two petrol cans in his bag and it started catching flame and I extinguished it, heart was racing."

The man was taken to hospital by the London Ambulance Service where he remained in a critical condition this morning.

The Met Police said in a tweet: “Officers were called at approx 9pm to reports of a man committing self-harm in High Road, Chislehurst.

“London Ambulance Service attended and the man has been taken to hospital.” 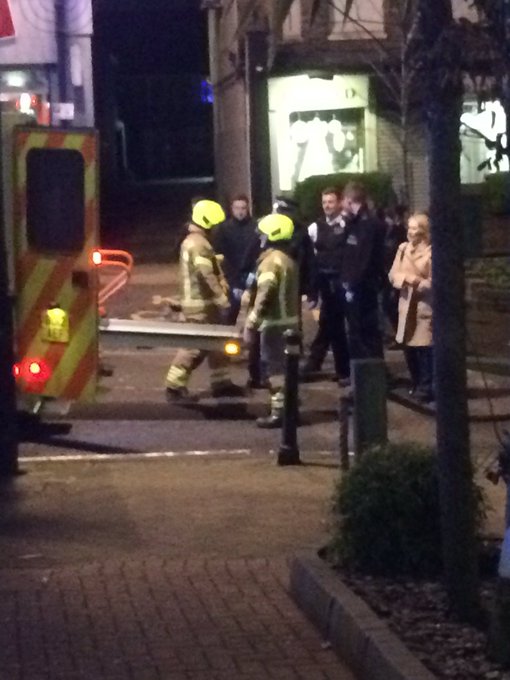 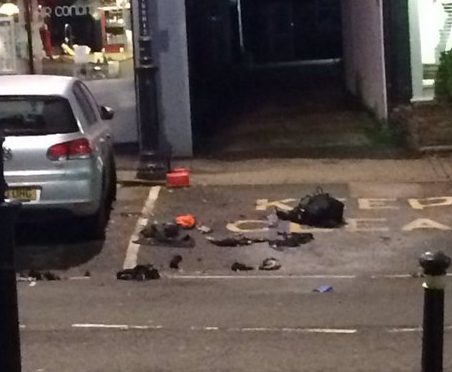 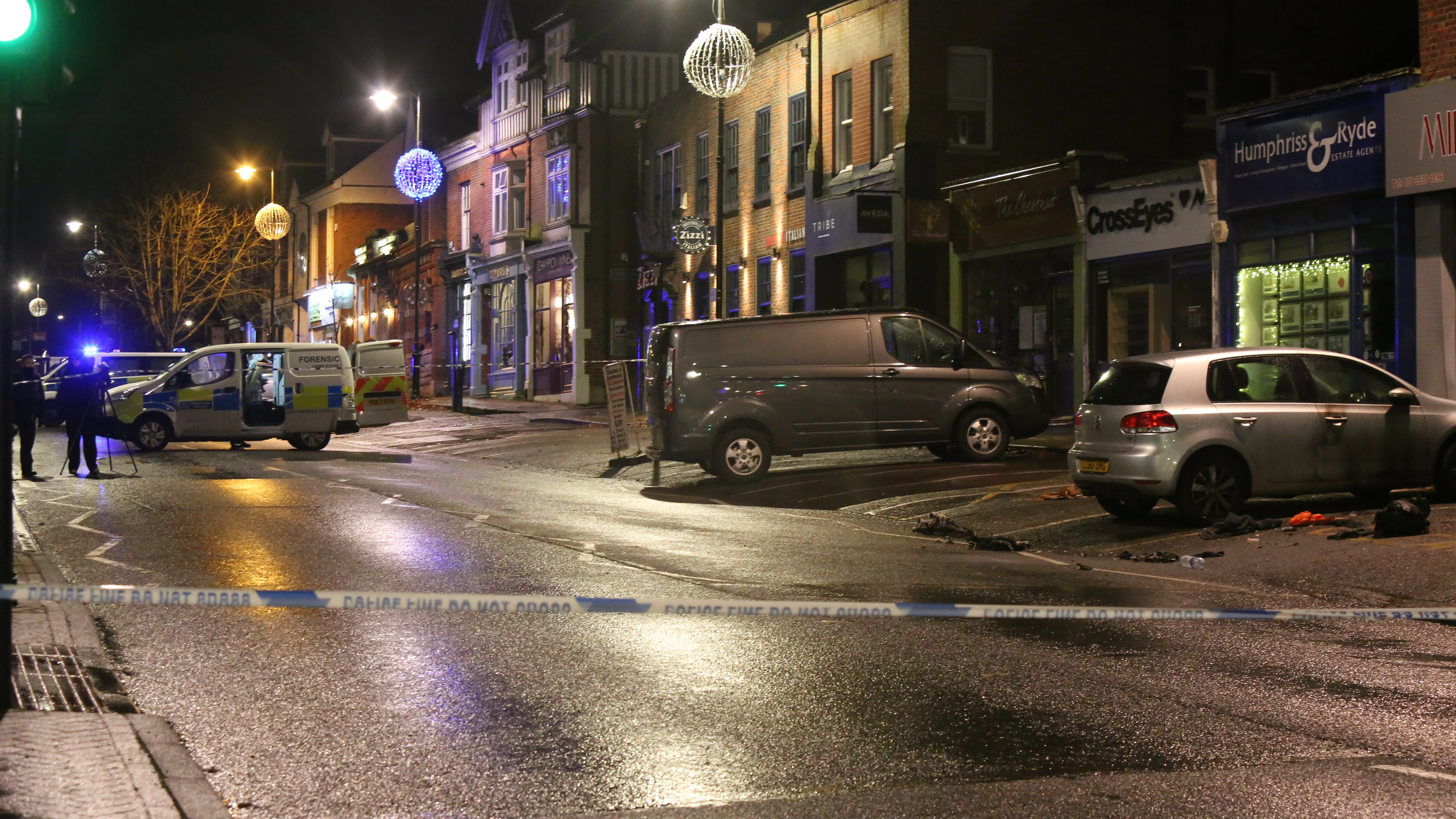