Many NYC parks are overgrown, full of trash after COVID-19 budget cuts They cut costs — but the grass is another matter.

Nearly two months after the city Parks Department had its budget slashed by almost $85 million, many green spaces in Brooklyn and The Bronx are now littered with trash and overgrown with high, unmowed grass.

“I used to love coming here because it’s usually not so crowded, but I’m shocked by the bad shape it’s in,” said Benny Einhorn, 19, who was visiting Friends Field in the Mapleton section of Brooklyn. “Who wants to spend time in a park that looks like a garbage dump?”

The park, which boasts several baseball diamonds and a playground, is normally well-maintained, he said.

But recently, heaps of trash — including broken chairs, liquor bottles and plastic cups — have piled up next to the entrance.

On one visit this week, a nearby grassy field was strewn with garbage, not far from two tossed-aside shopping carts.

In May, the City Council slashed the Parks Department’s budget by $84 million to help close a $9 billion revenue shortfall created in part by the coronavirus lockdown’s torpedo to the Big Apple’s economy.

The cuts, which took effect on July 1, forced the department to lay off hundreds of seasonal workers assigned to park cleanup and maintenance.

At several other spots — including Scarangella Park in Brooklyn, and Soundview Park and Horseshoe Playground in The Bronx — trash overflowed from garbage cans, and dotted play spaces when The Post visited last week.

Six inch-high grass sprouted through the cracks of an asphalt basketball court at Thomas Greene Playground in Brooklyn’s Gowanus neighborhood, leaving half of the court unusable.

“What’s the point in having a basketball court if you can’t play on it?” said Kyan Hill, 24, who was visiting with his 2-year-old daughter. “I don’t know why the city doesn’t consider fixing this a priority. For a lot of the kids around here, this is the only place to run around, get some exercise.”

The effects of that belt-tightening were also on full display at Scarangella Park in Brooklyn’s Gravesend neighborhood, visitors said. 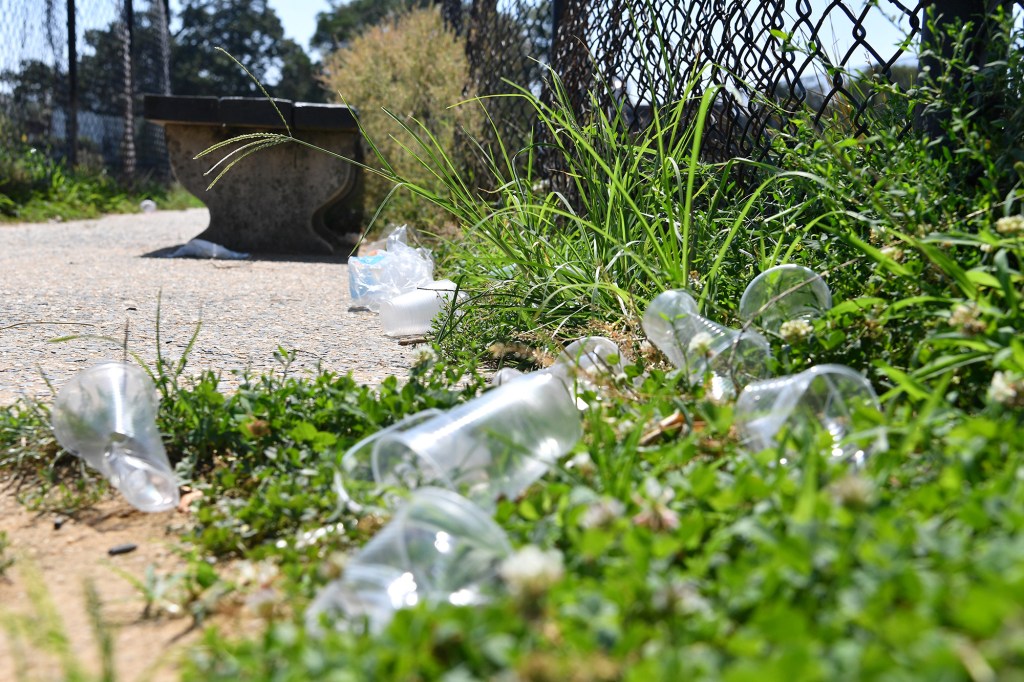 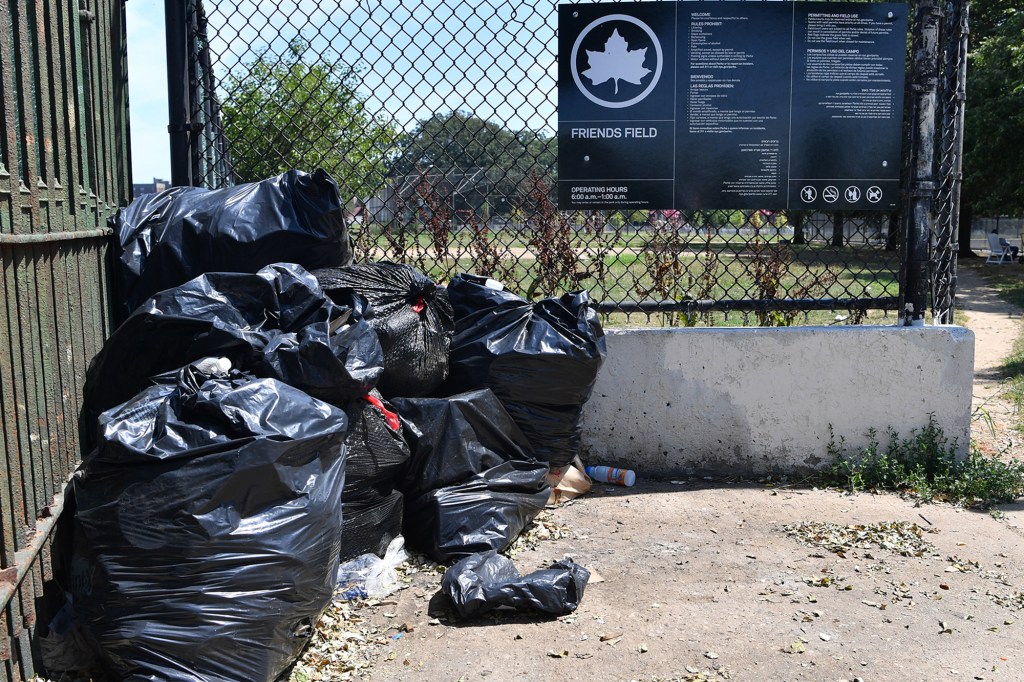 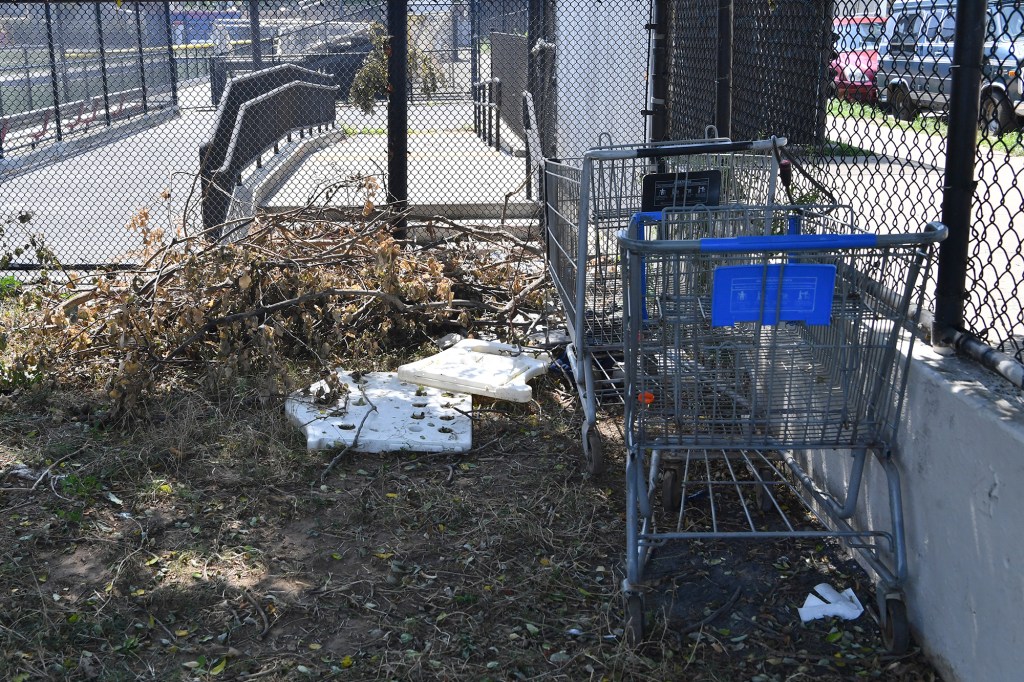 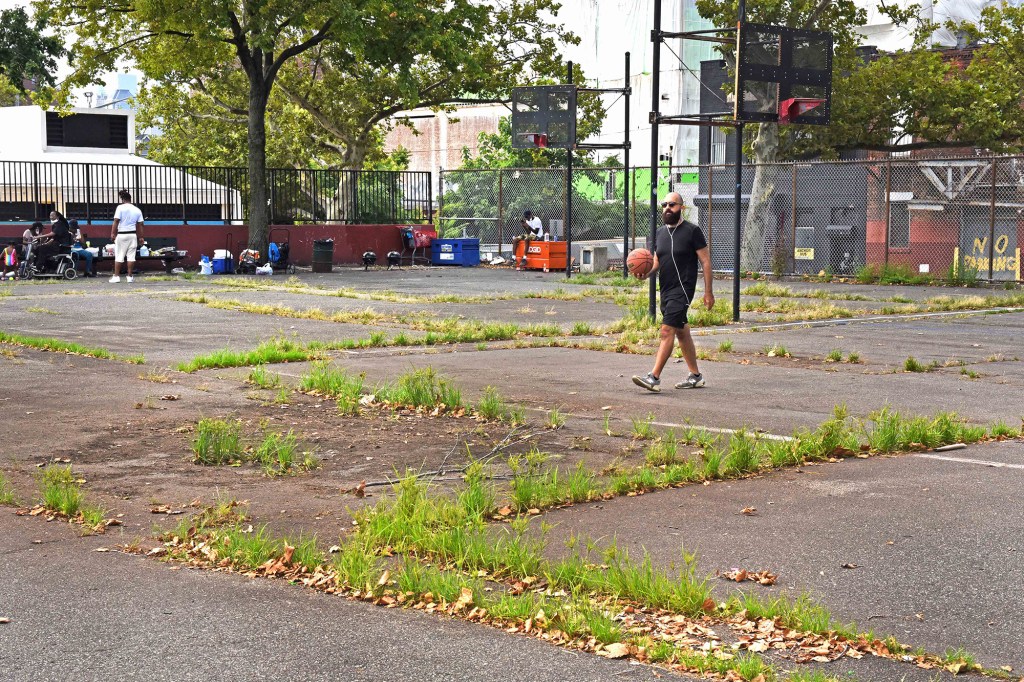 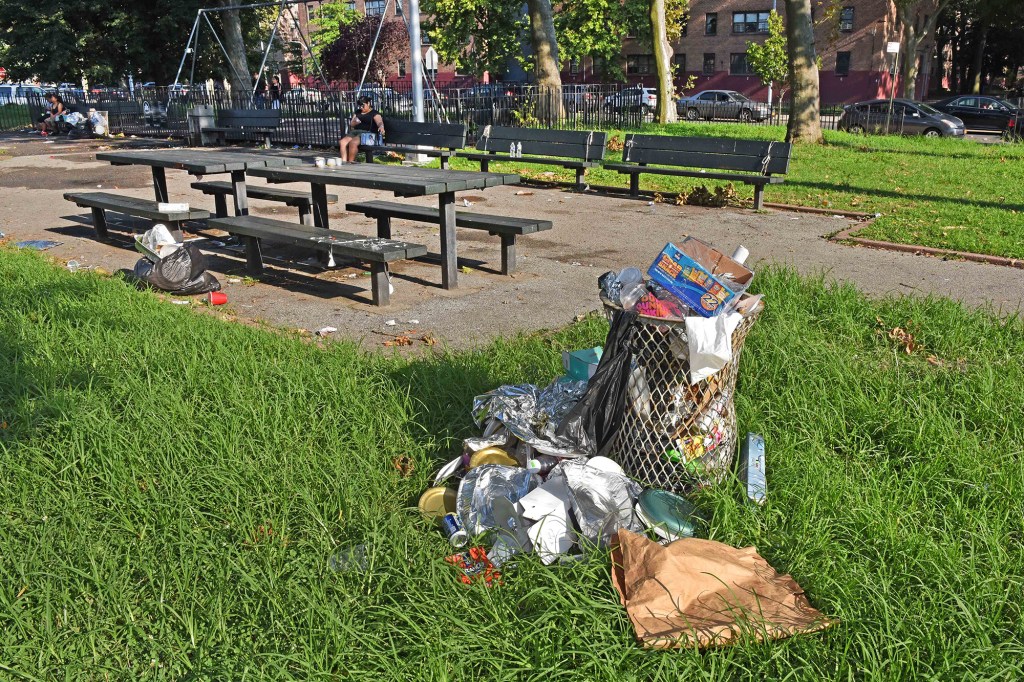