Married Met officer, 45, kicked out of the force for gross misconduct 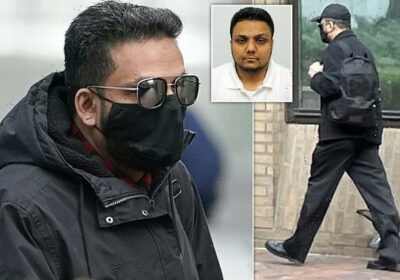 Married Met Police officer, 45, who tried to pursue sexual relationships with two ‘vulnerable’ schoolgirls is kicked out of the force for gross misconduct

A Met Police officer who tried to pursue sexual relationships with two schoolgirls has been kicked out of the force.

PC Adnan Arib, 45, asked one of the girls, a 15-year-old, if she had a boyfriend and suggested they go for a drink.

The officer, who worked at Bethnal Green Police station, also told a 16-year-old runaway she was pretty and asked if she wanted to go out with him, Southwark Crown Court heard.

Arib claimed he obtained the 15-year-old girl’s phone number when he was called to her house because of a family dispute.

He said he met the girl one afternoon in July 2019 after she had finished school and tried to convince her to join the police cadets. 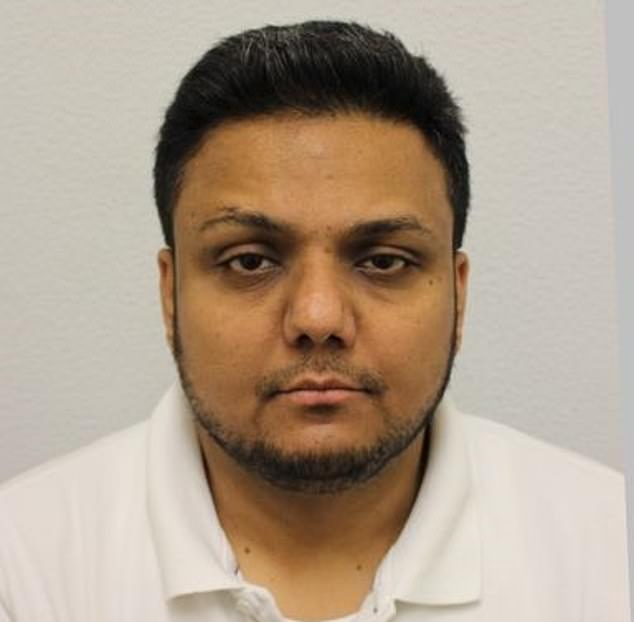 ‘She got the wrong end of the stick and got it all wrong,’ he said.

But Arib saw his career in tatters after he was convicted of two counts of misconduct in public office following a trial at Southwark Crown Court in February.

He was later jailed for two years.

Arib has now been dismissed without notice after being found guilty of gross misconduct following a Met Police misconduct hearing at Empress House in Fulham.

Judge Deborah Taylor had told Arib that ‘the important aspect of sentencing in this case is punishment and deterrence.

‘Because not only the officers must be deterred from misconduct but the public must see that very serious punishment will be given to those who betray the trust given to them,’ she said.

Prosecutor Jacqueline Carey had said the officer’s interactions with both girls were ‘wholly inappropriate’ and amounted to misconduct. 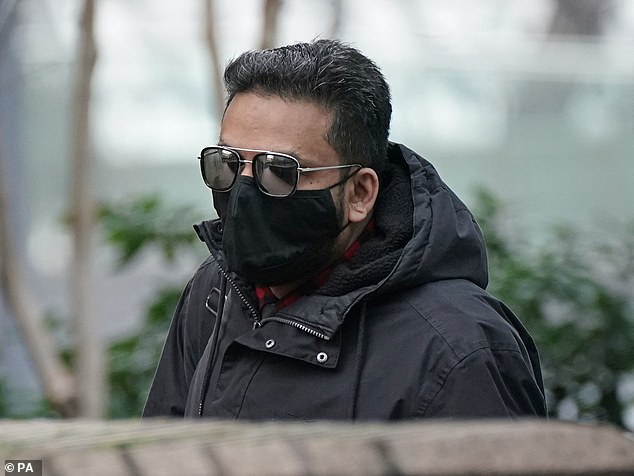 The PC, who worked at Bethnal Green Police station, claimed he wanted to offer the girls ‘career advice’, but a jury at Southwark Crown Court found him guilty of two counts of misconduct in a public office between April and July 2019 following a trial

‘In relation to [the 15-year-old], he told her to deny stealing some money she had taken from her mum.

‘He proceeded to take her phone number, asked her to meet after school.

‘They did, and he asked her a series of questions about her personal life, whether she had a boyfriend and to keep it a secret,’ said Ms Carey.

Arib targeted the 16-year-old runaway after she was taken to his police station.

‘He asked her a number of questions, he wanted to take her out and said that she was pretty,’ said Ms Carey.

Arib accepted meeting up with the girls but claimed he only did so to ‘provide advice’.

The officer met the 15-year-old girl after her mother called police, claiming she had stolen £10 from her.

After initially speaking to the mother, Arib interviewed the schoolgirl alone in her bedroom.

‘When he asked her if she had taken her mother’s money, he mouthed to her to say ‘no’. 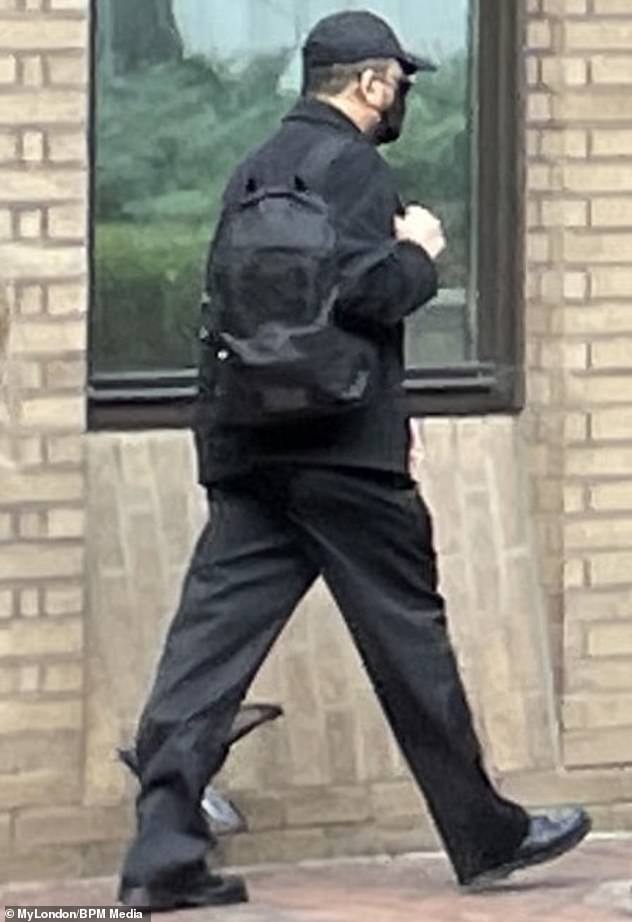 ‘She answered a number of his questions.

‘He asked her for her name, her phone number, her email and asked her to write it on a piece of paper he gave her,’ said Ms Carey.

‘He asked her if she would like to meet with him after school.

‘When she agreed to meet him he told her not to tell anyone.’

Arib used a police computer to access the girl’s file, which included the mother’s concerns that her daughter was drinking, smoking cannabis and’vulnerable to sexual exploitation’.

The girl confided to a teacher she was meant to be meeting a police officer at the park alone and showed him their text.

But when the teacher reported the matter, she changed her story and claimed the texts were from a schoolmate.

When the teenager met Arib, in plain clothes, in a nearby park, he asked her if she had something other than her school uniform shirt to change into.

The girl later told officers she was ‘pretty sure’ Arib put his arm around her shoulder and mentioned going for drinks, the court heard.

An examination of the phone uncovered 47 text messages Arib sent to the second girl between April and May that year.

The 16-year-old was picked up by police late at night in March 31, 2019 and taken to the station after running away from home.

Arib asked the teenager if she was in a relationship and suggested he take her out.

On her 17th birthday he wrote: ‘Happy birthday. What’s the plan today?’

In her victim impact statement the first girl, now 17, said she already knew something ‘wasn’t right’ ahead of meeting Arib in the park.

‘I felt very unsafe because I knew his intentions weren’t pure.

‘I felt his intentions were of a sexual nature and he had people waiting for us.

‘It was inappropriate because he was trying to take me somewhere.

‘For a while I feared for mine and my mum’s safety because he knew where I lived,’ she wrote.

‘If I was as vulnerable as he thought I was I am sure the situation would have carried into something more.

‘I am not sure what, but it would have been but nothing good.’

Arib, of Barking, East London, denied but was convicted of two counts of misconduct in public office, between 31 March 2019 and 4 July 2019 and jailed for two years.