Married teacher, 35, is guilty of having sex with her pupil, 15 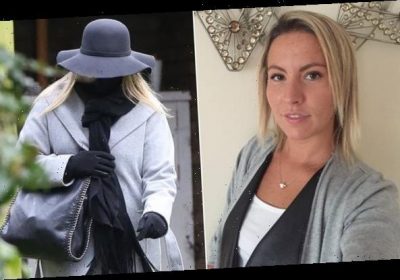 Married teacher, 35, is found guilty of having outdoor sex with her 15-year-old pupil after adding him on Snapchat and sending him flirty messages

A married teacher today faces jail after being found guilty of having sex with a 15-year-old pupil she spotted at a school sports day and added on Snapchat to send flirty texts.

Kandice Barber, 35, and the child, who is 20 years her junior, went to a field after class where they had sex.

She had bombarded him with messages including one where she asked him ‘Do you like boobs or bum?’.

But Barber was found out after a topless pictures she had sent her victim was circulated around so much it ended up being passed to the head teacher of their school.

Barber, of Wendover, Bucks, was found guilty of one count of causing or inciting a child under 16 to engage in sexual activity after having sex with the boy in a field as the judge told her ‘custody is inevitable’.

She was cleared on two of the other counts of the same charge. 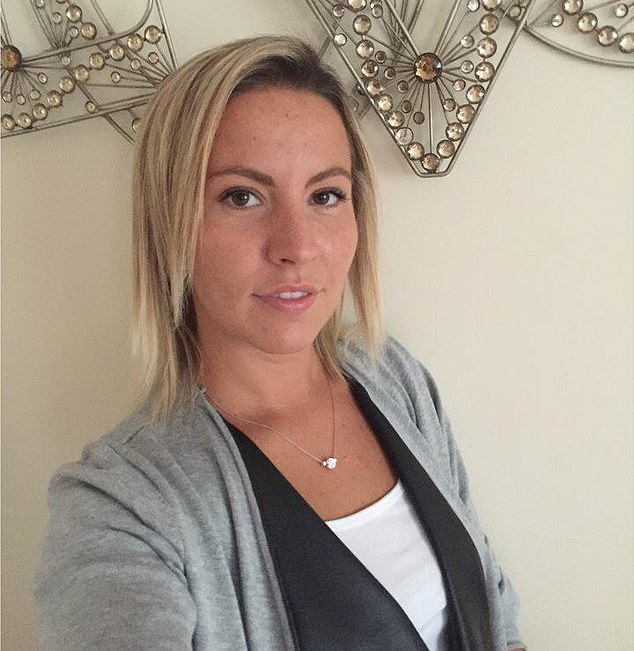 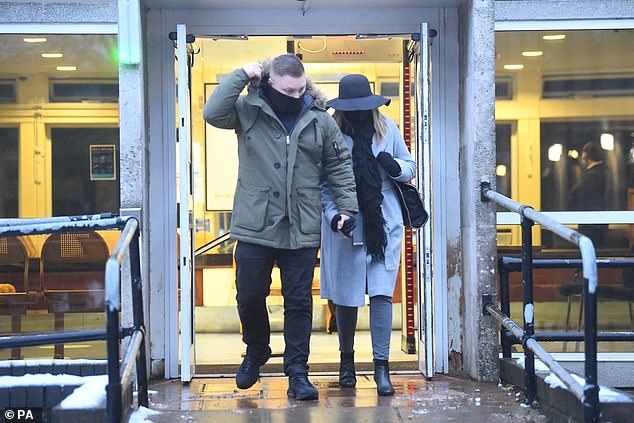 Mother-of-three Barber, a supply teacher at the Princes Risborough School in Buckinghamshire, had approached her victim at a sports day event when she added him as a ‘friend’ on social media.

She then started texting the boy – said to be ‘obsessed’ with her – and would tell him when she was ‘hopping into the shower’ or ‘taking a bath’.

By then Barber had arranged to meet him and had sex with him behind the back of her devoted delivery firm worker husband Daniel.

In court she had lied her busy schedule on that day meant it would have been impossible. 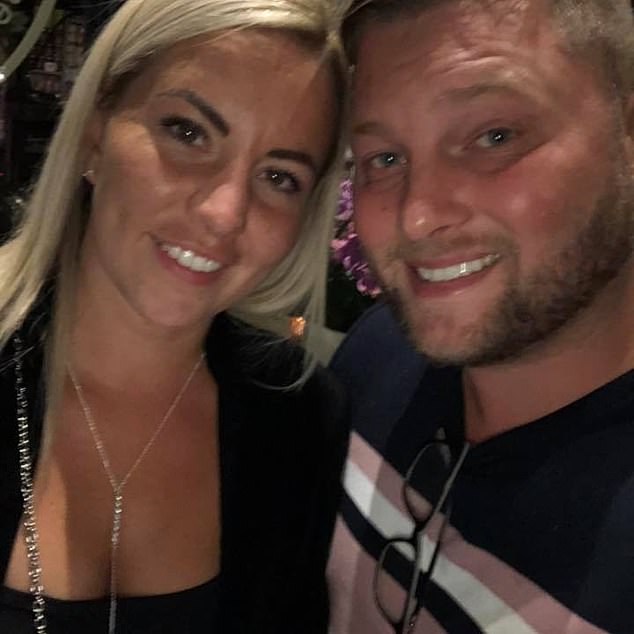 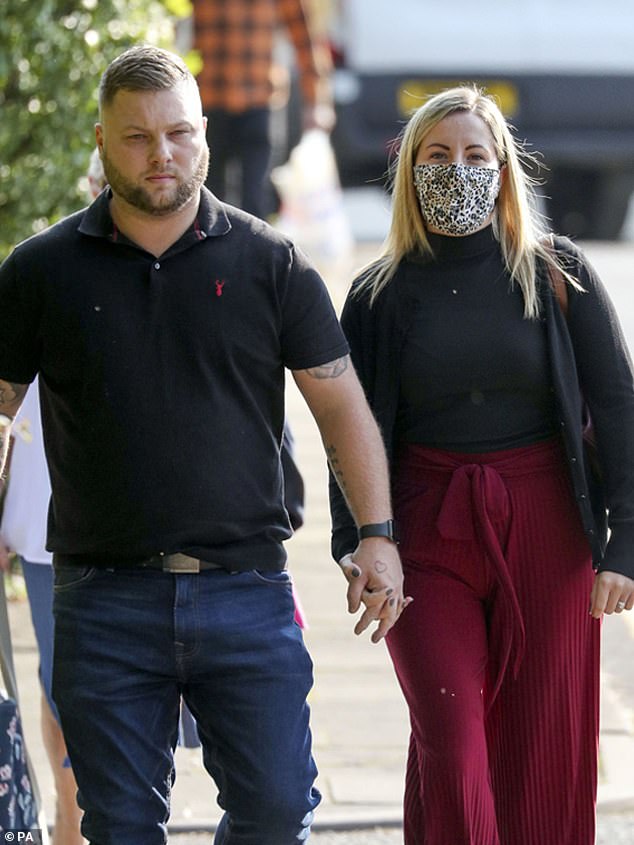 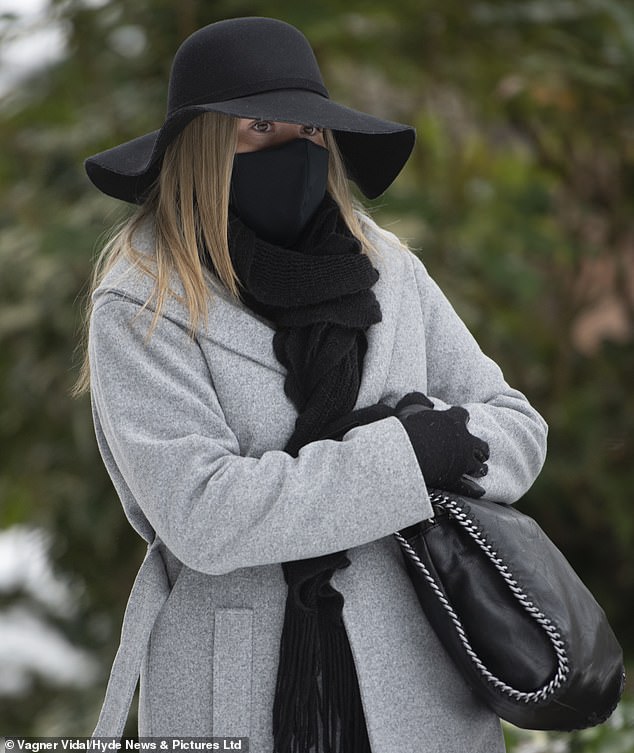 Texts from Barber to her schoolboy victim

The jury were told of text messages between Barber and the boy. Some read:

‘You have a bigger penis than my husband’

‘You cannot make me blush when I am teaching now, poker face’

In a previous trial in September last year at Aylesbury, Barber was convicted by a majority verdict of 10 to two of sexual communication with a child between Sep 27, 2018, and October 20, 2018, relating to topless pictures she sent to the same victim.

She was also convicted by the same majority verdict of causing a child to watch a sexual act by a person in a position of trust, from October 20, 2018, to January 31, 2019, where she sent the victim a video of herself performing a sex act while surrounded by sex toys at a time when the victim was aged 16 years.

Barber had been acquitted of one count of causing or inciting a child to engage in sexual activity by a person in a position of trust during the same dates.

Jurors at Aylesbury Crown Court heard previously how the teacher, who has school-age children of her own, had later met up with the boy for two other illicit trysts and sent him pictures of herself topless, which were then widely shared around the Princes Risborough School. 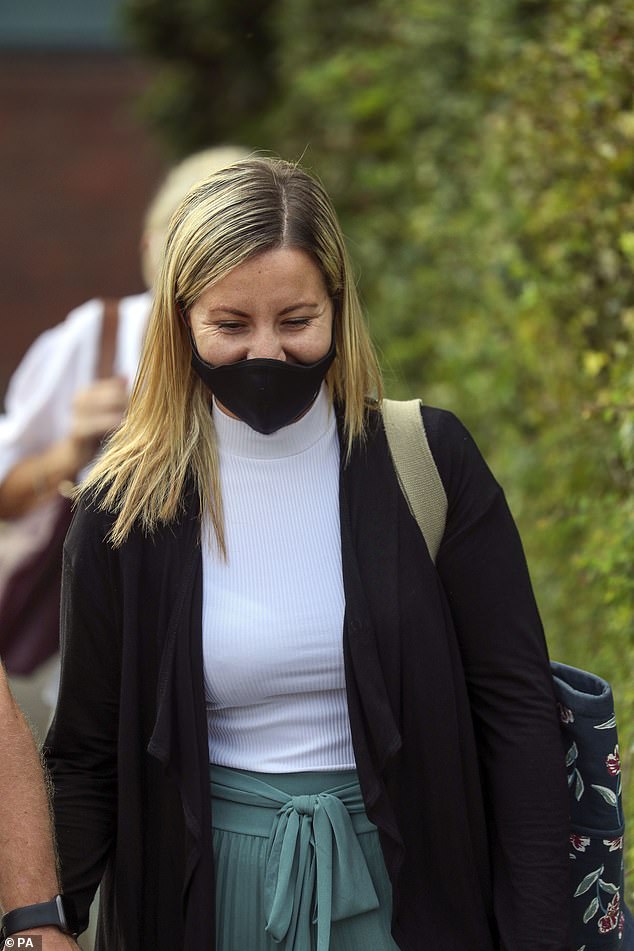 At one point during her first trial in December, Barber looked relaxed as she left the court 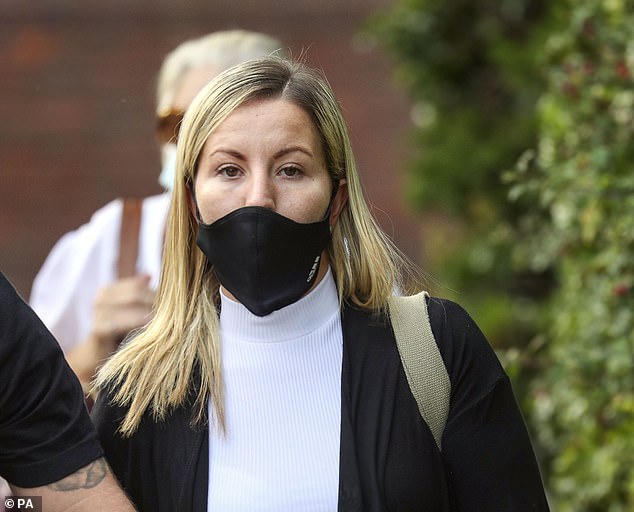 Kandice Barber’s internet history and phone contents were a big part of both of her trials.

Jurors heard at her first hearing mention a Snapchat folder which was password-protected called ‘My Eyes Only’.

Her search history was also flagged as significant by prosecutors.

In September she googled ‘what is the name of someone you are having an affair with?’.

She went on to look under the terms ‘alibi’, and ‘when you have a plan of where you have been’.

Barber had claimed she had been trying to work out the name of Fatal Attraction, a film about a married man having an affair with a woman who becomes obsessed with him.

The teacher also looked for ‘a lie of where you have been’ as well as ‘good secluded areas’ and ‘Holiday Inn, Wycombe’.

Richard Milne, opening the case for the prosecution, said: ‘It all started at a sports evening on September 27, 2018, when she came over to him and asked to borrow his phone. She had possession of his phone and she put her details into his Snapchat account. He thought it was a bit weird.

‘Things developed on her part by her sending him messages. She would tell him she was having a bath or a shower and then ask him if he wanted to meet.’

The court was told that Barber had sex with the boy and then later sent him topless pictures of herself, which were shown to the jury.

By the start of last year, the headmaster at the Princes Risborough School had come into possession of one of the topless pictures, which were circulating along with rumours of the affair.

Evidence given by other children at the school was that Barber had sent text messages to the boy asking, ‘do you like boobs or bum?’ and informing him he ‘had a bigger penis than her husband.’

Daniel Barber, Kandice’s husband, had appeared as a witness in her defence twice where he described her as his ‘rock’ and said their relationship was ‘as strong as ever’, pointing out to jurors that he had matching tattoos with his wife of four years.

Barber’s mother, Dawn Green, had also appeared to defend her in the first trial, stating the mother-of-three had told her ‘I know I have been silly mum’ but said she believed her daughter after she swore on her life that no sexual activity had taken place with the boy. 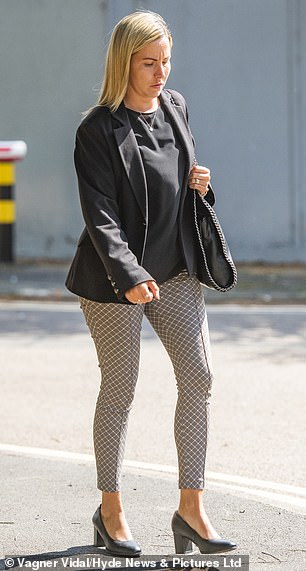 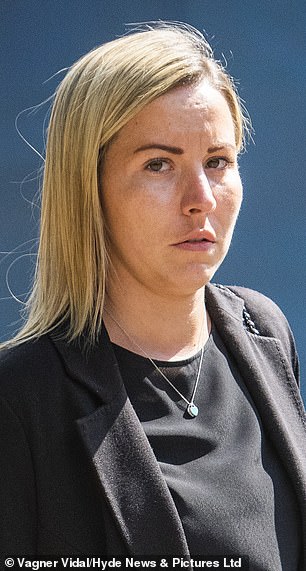 Teacher arrested at school before lessons

Kandice Barber had arrived at Princes Risborough School just after 6.30am on March 12, 2019, expecting a normal day of lessons.

But she found officers and a police car waiting for her before any of the children had arrived for the day ahead.

They had been tipped off by headteacher Nicholas Simms who spoke to the boy a day earlier to confirm rumours of what had happened.

DC Parker told how Barber had looked like she was going into shock as the was detained.

The office told the jury: ‘I arrested her on suspicion of abuse of trust and sexual activity with a child.

‘She went white and was shaking, I seized her mobile phone and she was then taken to be interviewed.’

Under interview Barber had a written statement which said: ‘I categorically deny that I have ever had sexual intercourse with this boy. I have never seen him naked and he has never seen me naked.’

A social worker attended Barber’s home on March 13, 2019, and assessed her, because she lived with young children including her husband’s two from previous relationships but during the visit Barber accepted having sent a naked picture to the boy.

Mr Milne told the jury: ‘She said that she was going through a bad patch with her husband, that she was pregnant but lost the child, they wanted another but it was not happening.

‘Things were strained between her and her husband. The boy had paid her attention and she had let her guard down and started to talk to him.’

The court heard how the social worker had visited Barber again and the defendant had asked that what she had said not be included in any official reporting, adding she would deny having said it.

In a video interview with police given on March 11 last year, the boy claimed the two had continued messaging for months after he turned 16 years old, only stopping because the school staff found out.

The complainant added that when called in to speak to his headmaster, he had initially denied that he had sex with Barber.

Speaking to a member of the child abuse team at Aylesbury police station, the boy, who cannot be named for legal reasons, said: ‘She said that if I was going to snitch, snake on her basically, she was going to bring me down with her. I was like, are you going to accuse me of rape? She was like, dot dot dot. Obviously I got angry and I did not talk to her after that.’

Barber was arrested on March 12 last year and during the interview she produced a prepared statement where she denied having sex with the boy, claimed her pregnancy was widely known around the school – although she later lost the baby and the father was her husband. 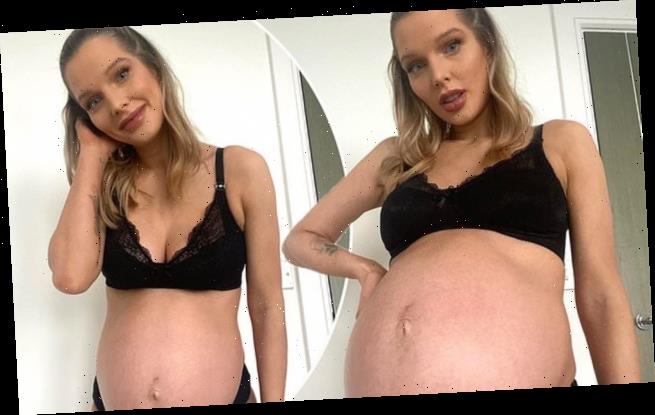