Actor Martin Clunes has been spotted filming at the exact spot where a French student was murdered by serial killer Levi Bellfield.

The star risked causing fresh outrage after he was pictured on set on Twickenham Green in south west London for ITV drama Manhunt.

Scenes were shot showing the aftermath of the murder of Amelie Delegrange, 22, who was found on the green in August 2004 with serious head injuries, and died in hospital the same night.

Clunes and ITV came under fire last month after the show filmed at the bus stop where schoolgirl Milly Dowler was last seen alive. 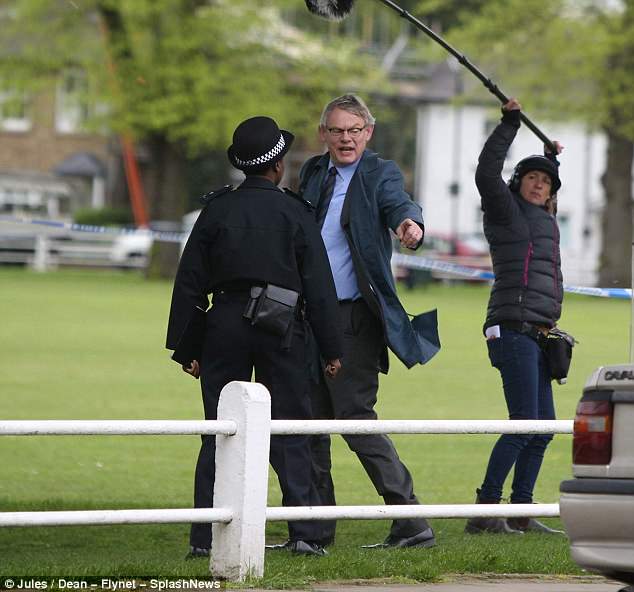 Martin Clunes was spotted on Twickenham Green, on the exact spot where the murder took place 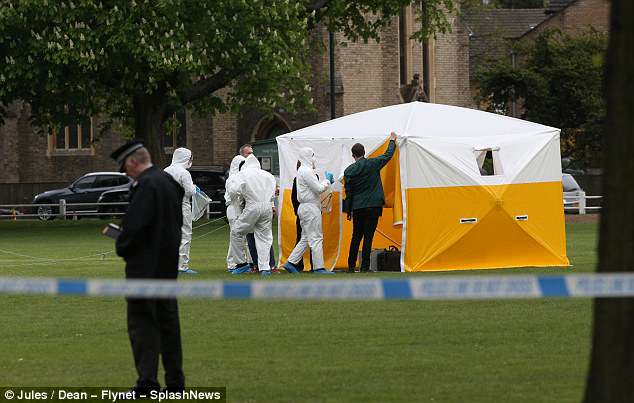 A forensic tent could also be seen on the green, just like it was back in 2004 when the body was discovered 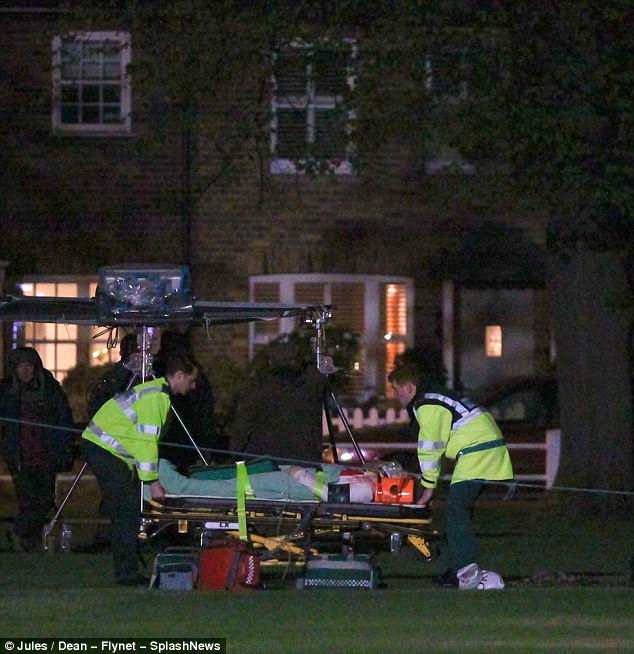 The picture shows an actress, believed to be playing Miss Delegrange, being loaded on to a stretcher

Television bosses were criticised for ‘insensitively’ using the location in Walton-on-Thames where the 13-year-old was snatched by killer Bellfield.

The broadcaster then defended the programme, claiming it only refers to Milly’s death and is actually about the investigation into Bellfield’s murder of Miss Delagrange.

Bellfield was convicted of murdering her and teenager Marsha McDonnell, 19, in 2008, and was later convicted of Milly’s murder in 2011. 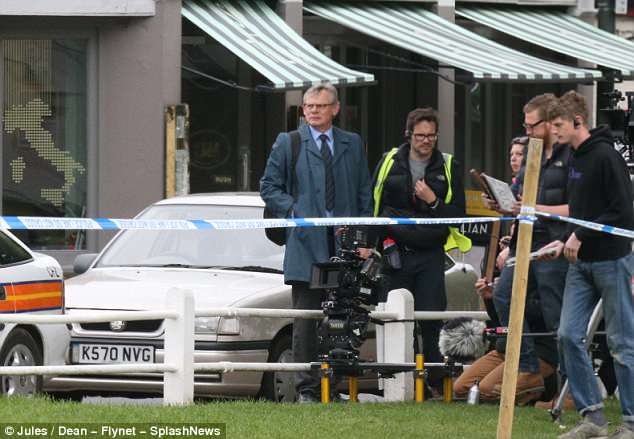 Clunes is seen behind police tape on Twickenham Green, surrounded by crew 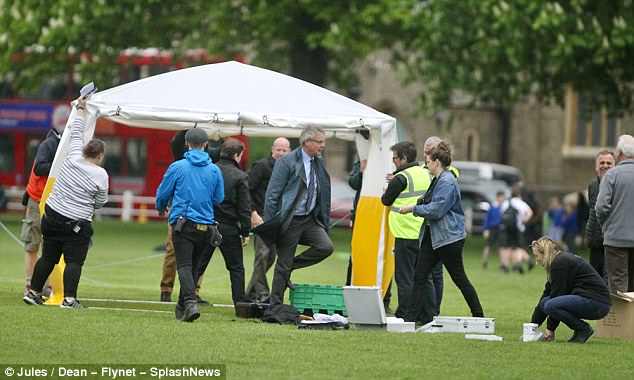 But critics have called on ITV to scrap the show, because it is ‘insensitive’ to rake up the past.

Last month Clunes was pictured at the bus stop surrounded by the film crew, while Welsh actor Celyn Jones, who plays Bellfield, was pictured filming scenes depicting the killer’s job as a car clamper.

One local told the Sunday Mirror: ‘Milly’s murder happened a long time ago and people are reluctant to be bringing it up again.

‘Why film it here at all? It’s raking up the past.’

Neighbours said the road where the killer once lived was blocked off due to filming. Cars were also clamped to add realism to Jones’s scenes.

An ITV spokesman said in a statement that the drama only ‘refers’ to Milly’s murder, with the main focus being on the investigation into Amelie Delagrange’s death.

The spokesman said: ‘Manhunt depicts the police investigation into the murder of Amelie Delagrange on Twickenham Green in 2004, led by DCI Colin Sutton, which was then linked to the similar murder of Marsha McDonnell in 2003.

‘The drama also refers to the murder of Milly Dowler, although it does not deal with the subsequent prosecution in that case, which took place at a later date after the successful prosecution of Levi Bellfield for the murders of Amelie and Marsha.

‘The programme makers have striven to authentically portray the police investigation. And the families of the victims were contacted before filming began.’

A press release for the show added: ‘Manhunt is the real life story of how the murder of French National, Amelie Delagrange, on Twickenham Green in August 2004 was eventually linked to the murders of Marsha McDonnell in 2003 and the abduction and murder of Milly Dowler as she travelled home from school in 2002.

‘Walking home following a night out with friends, 22 years old Amelie was savagely attacked and struck several times on the back of the head with a hammer.

‘Although relatively experienced in murder investigation, DCI Sutton was assigned to the case by London’s Metropolitan Police.

‘With very little evidence, his painstaking approach and the diligence of his fellow officers gradually led to breakthroughs in the case.’