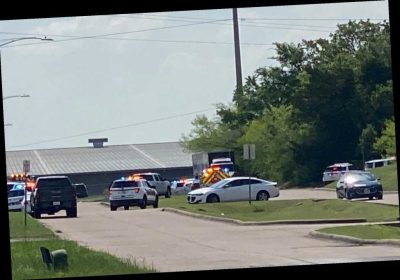 A gunman opened fire at a Texas industrial park Thursday — wounded at least six people before getting away, according to local reports.

Some of the injured were in critical condition, according to local station KBTX.

The gunfire erupted at the corporate offices of Kent Moore Cabinets in the town of Bryan, in between Austin and Houston, the Eagle reported.

The suspect was identified by a witness, and police in the area are now trying to track down the gunman, the newspaper said.

The incident took place near a middle school, which is currently sealed off by police, according to the local station.

The school is reportedly not dismissing students until police secure the area.