HEATHROW Airport was plunged into chaos today after a plane's emergency slide accidentally opened on the runway.

The British Airways Boeing 777 had been due to take off to Lagos, Nigeria, this morning when the mayhem unfolded. 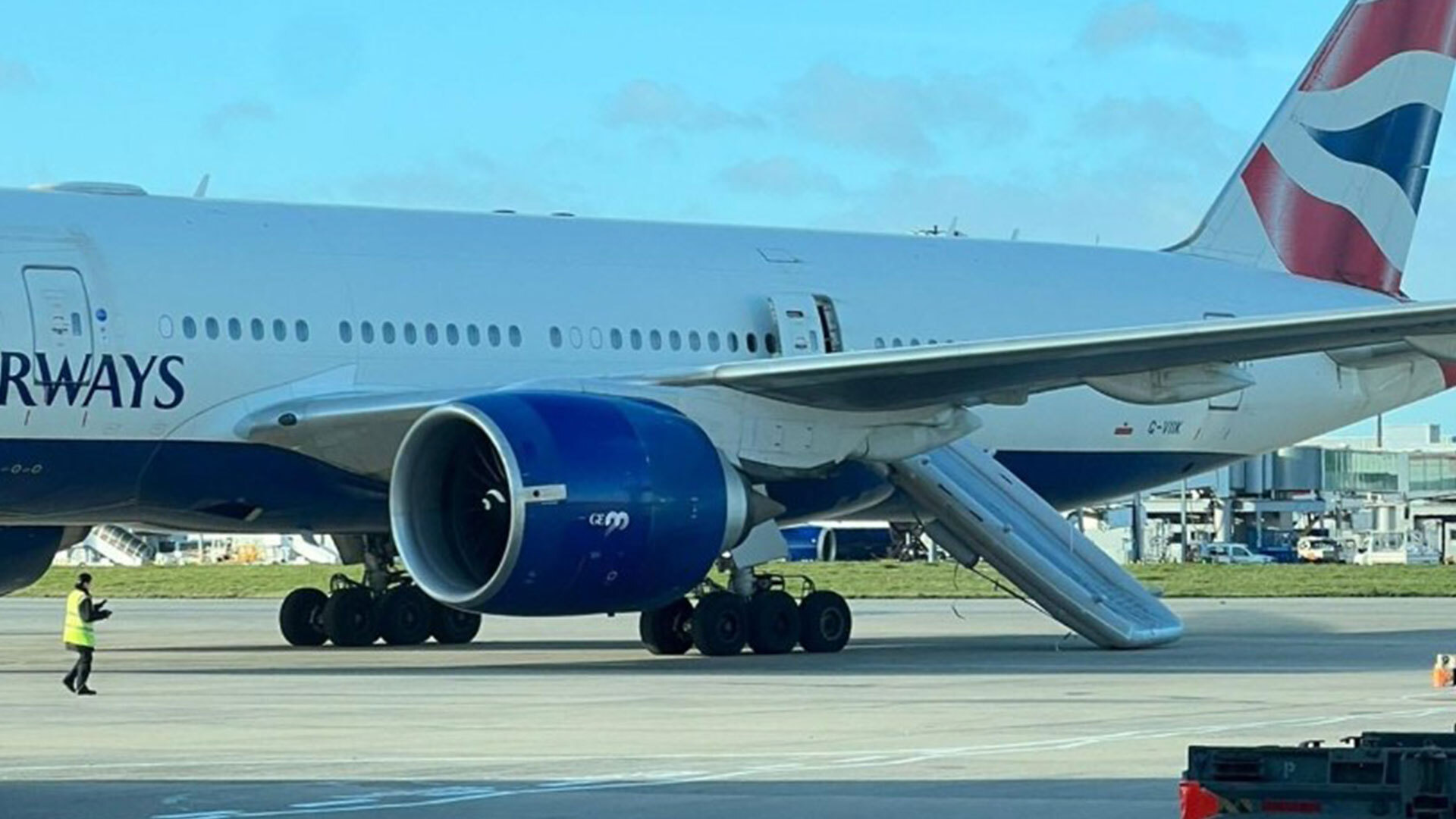 The plane was forced to a stop and all passengers were taken off the aircraft, the airline confirmed.

Pictures shared to social media show the plane stationary on the runway with its slide deployed.

One fire engine is seen on the tarmac alongside several other emergency service vehicles.

A BA spokesperson said: "The aircraft returned to stand and customers disembarked normally.

"We've apologised to customers for the inconvenience caused, have provided them with refreshment vouchers and have arranged a replacement aircraft so that they can continue their journey as planned."