Brothers Prince Harry and Prince William and sisters-in-law Meghan Markle and Kate Middleton have allegedly been involved in an ongoing feud since the Duchess of Sussex married Harry last year.

The rumours – which have always been denied by Kensington Palace – were reignited when the Sussexes decided to move out of the Palace, where Kate and Will live, into Frogmore Cottage.

And only weeks ago, a body language expert claimed the rift between the two brothers has “grown even wider”.

Emily Andrews, a royal correspondent for The Sun, has now claimed the royal fall out was at its peak in the months after the Sussex’s wedding in May 2018.

“I think behind the scenes, Harry and William’s relationship has always been quite up and down.”

She told Yahoo’s Royal Box: “It did get very bad.

“I was told, after the Royal Wedding, Harry and Meghan didn’t see Kate and William personally.

“I’m not talking about Trooping the Colour, they didn’t see each other, the two couples, for six months.

“They lived on the same campus, the same site at Kensington Palace.”

The two couples were pictured together many times during formal and public events such as Trooping the Colour and Princess Eugenie’s wedding, but the royal correspondent says she believes the brother’s relationship has “always been quite up and down”.

Earlier in the clip, Emily revealed that an aide of Harry and William told how Kensington Palace had “made a bit of a mistake” in containing the narrative of the brothers in arms. 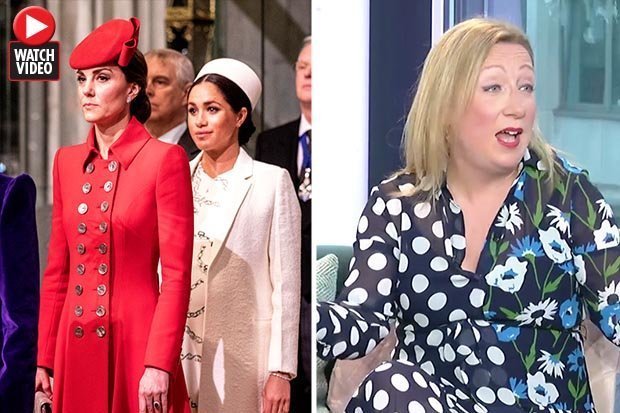 She added: “I think behind the scenes, Harry and William’s relationship has always been quite up and down.”

It comes after it was reported that Harry shut a Sky News reporter down over a question about the Royal birth.

An expert later revealed that a plan is underway for royal officials to have more control over the Duke and Duchess of Sussex.

A secret code the Royal family use to avoid pet peeves was also revealed only days ago.

Days ago, it was reported that Prince Charles is “to take over in two years”.