The 36-year-old American was shown greeting Prince William outside Westminster Abbey ahead of a second service she attended in commemoration of New Zealand and Australia's war dead. 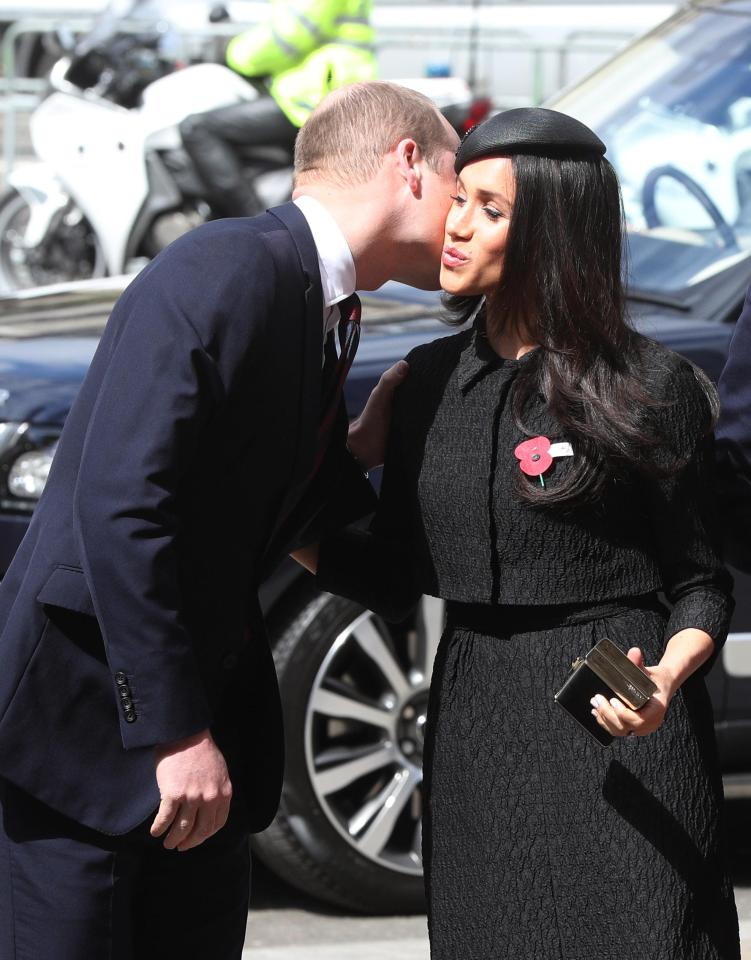 Earlier Meghan and Harry had participated in the Maori "kiss of life" with Te Ataraiti Waretini from Ngati Ranana of the London Maori Club, when they were greeted with a traditional hongi – the soft pressing of noses and the sharing of each other's breath.

Just hours later – with Meghan now dressed in a smart black matching jacket and skirt – they joined Prince William in attending a second service at Westminster Abbey on the national day of Remembrance.

The kiss shared with Prince William came just two days after the Duke had a third child – who is due to be named later today.

Other Maori cultural elements during their Anzac Day dawn service had included a haka performance, a longer version of the one displayed by the famous New Zealand rugby team the All Blacks before matches. 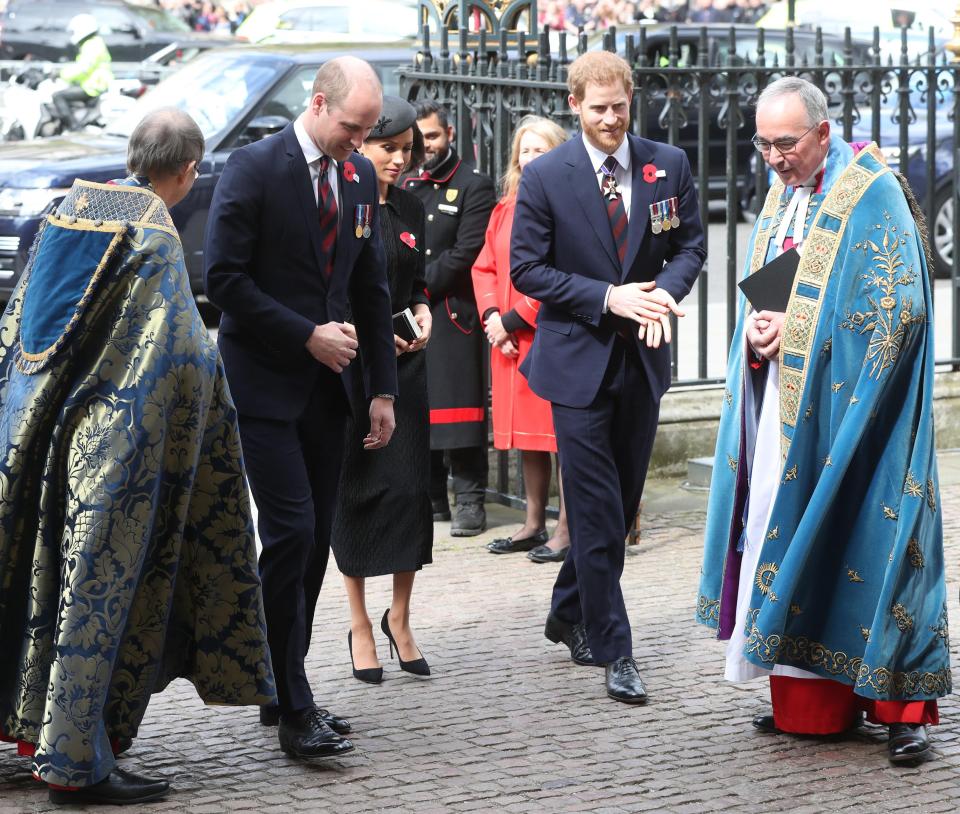 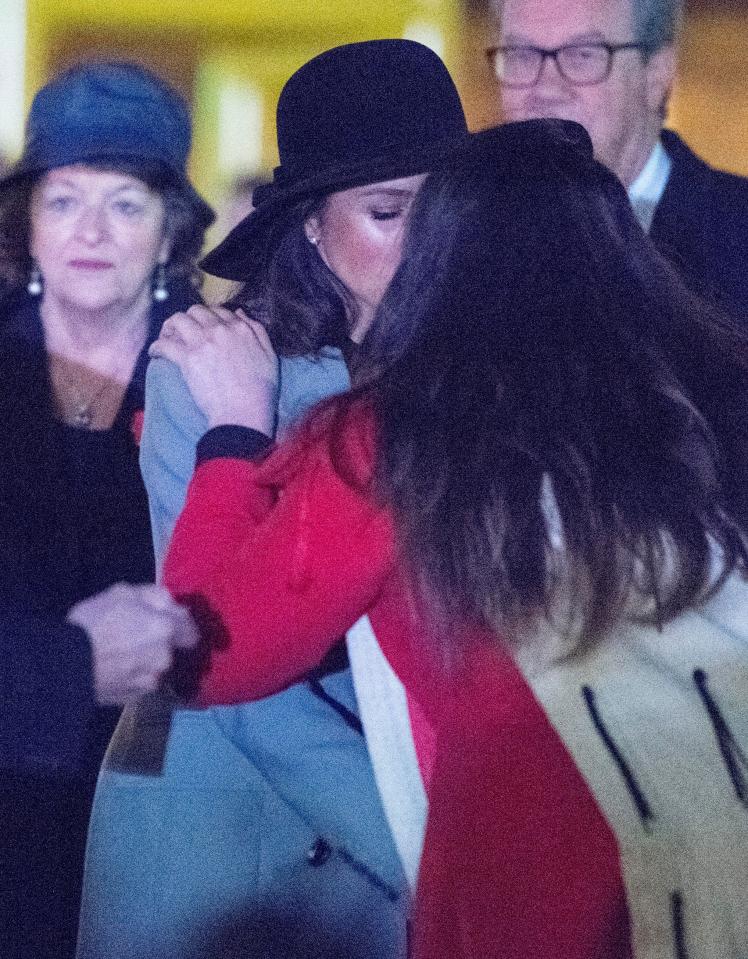 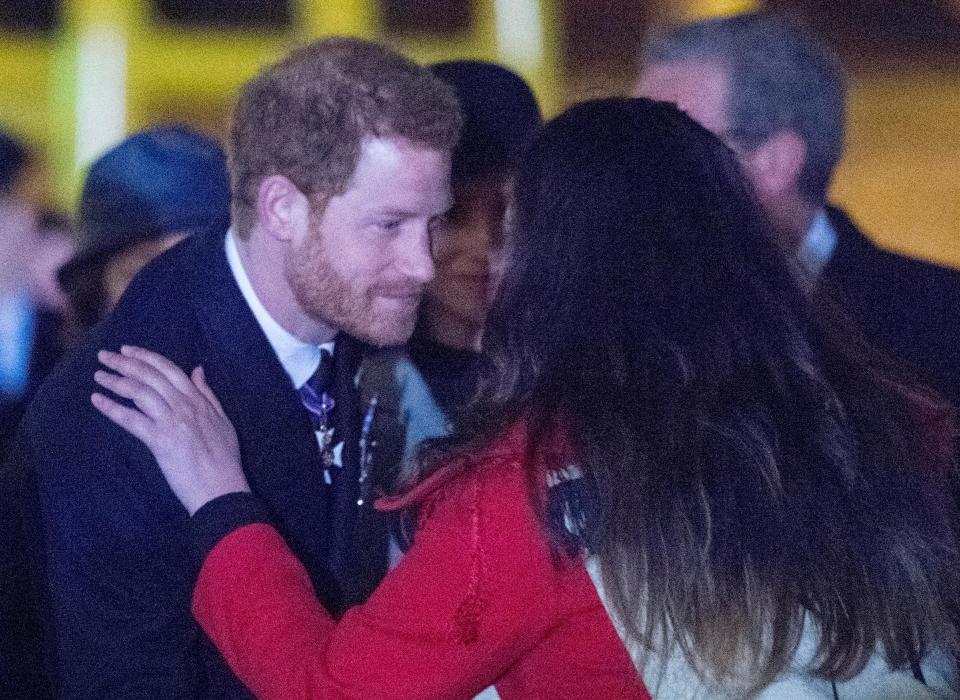 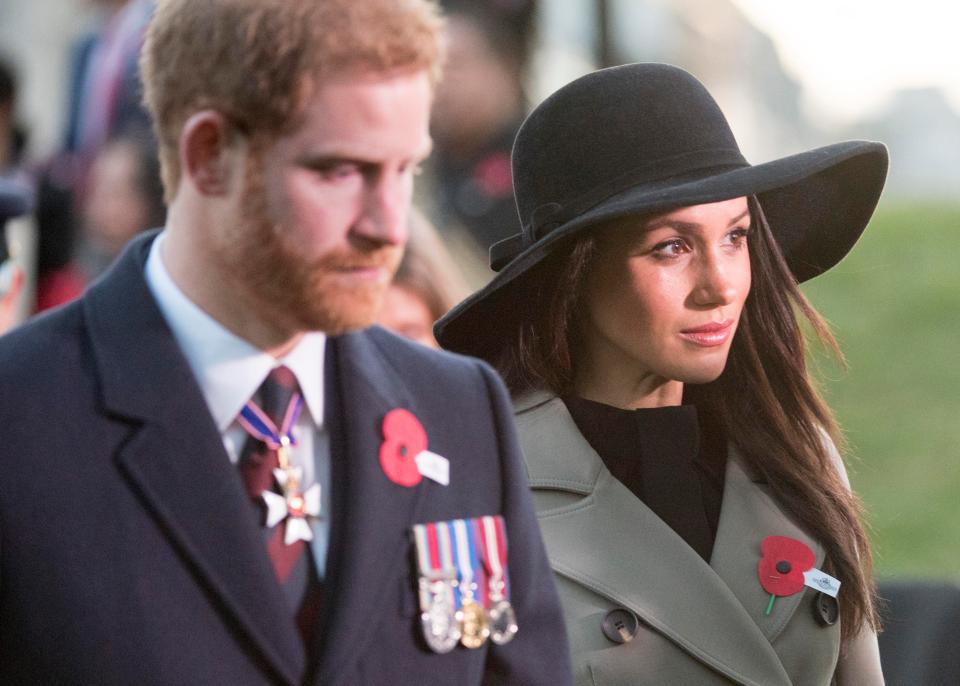 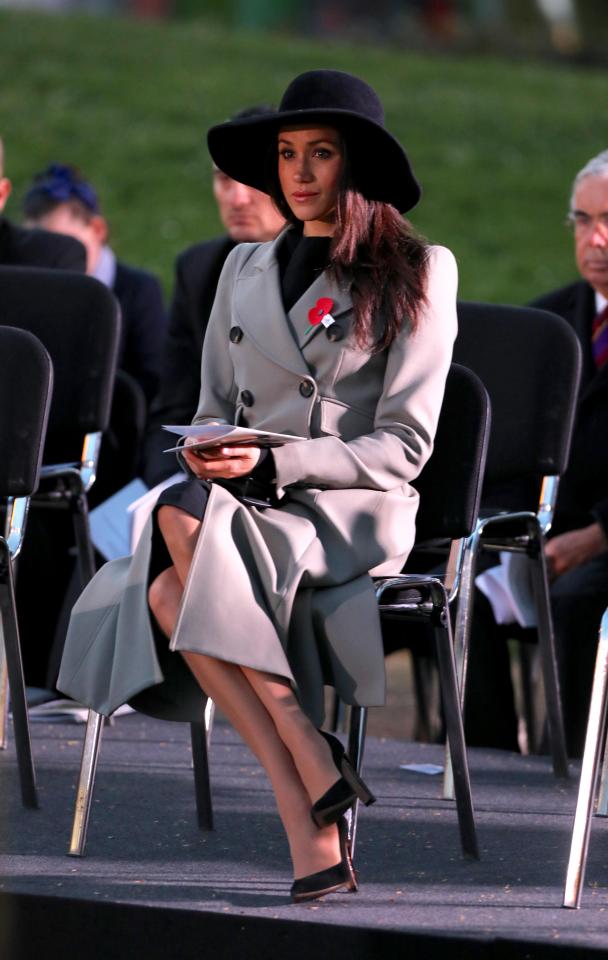 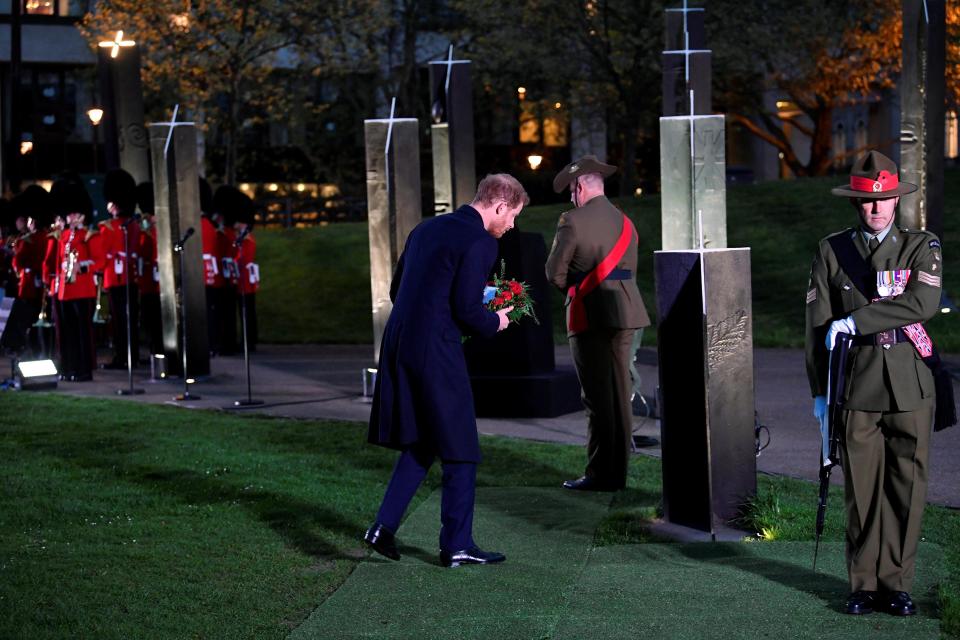 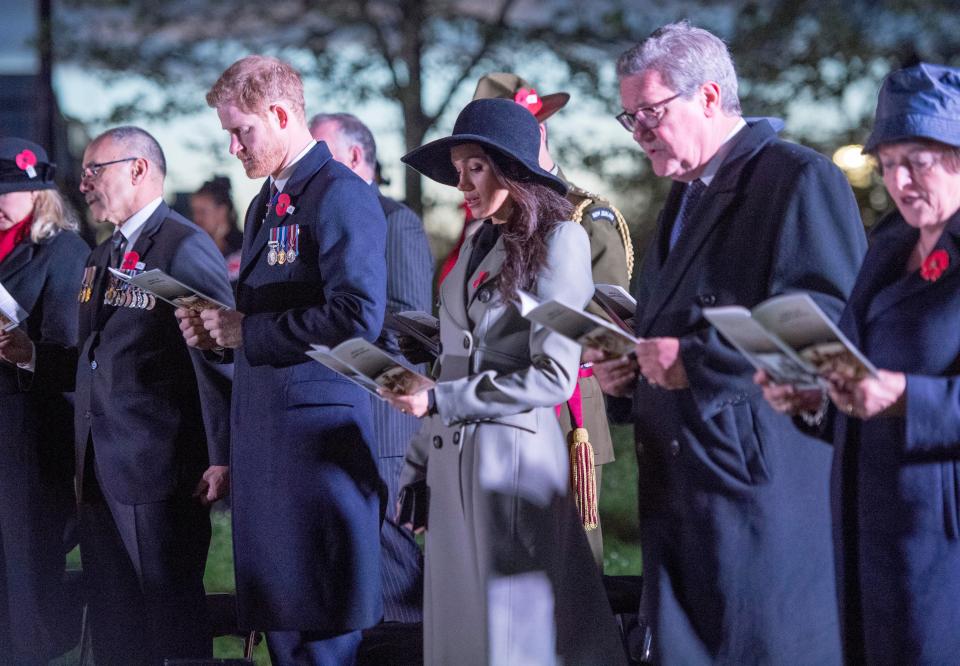 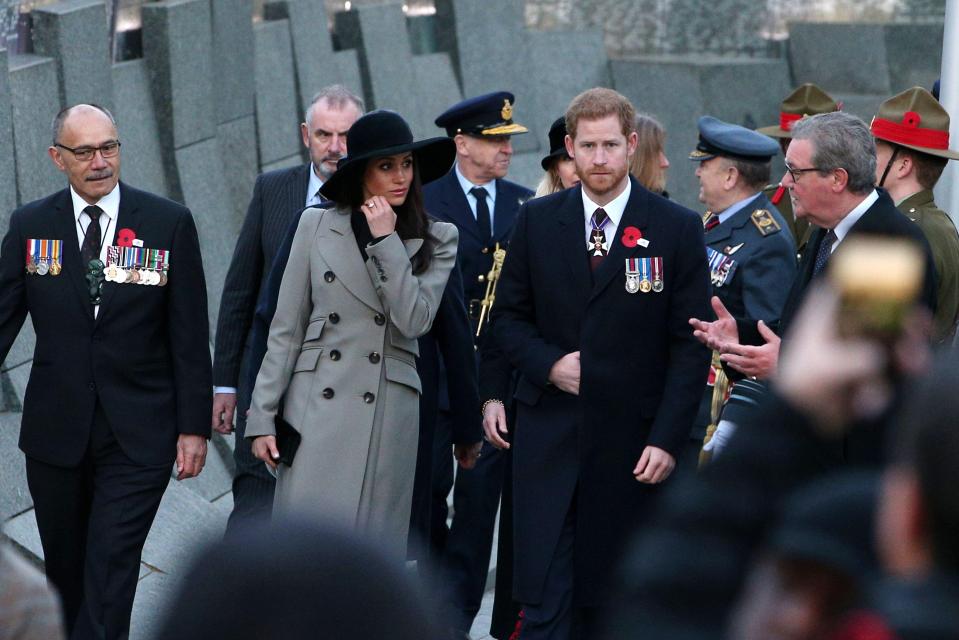 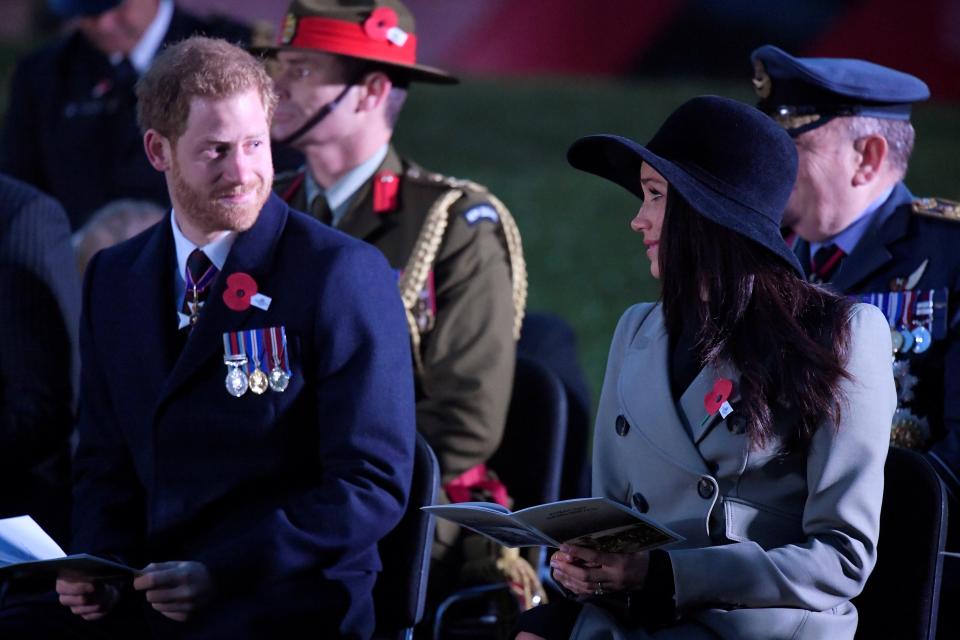 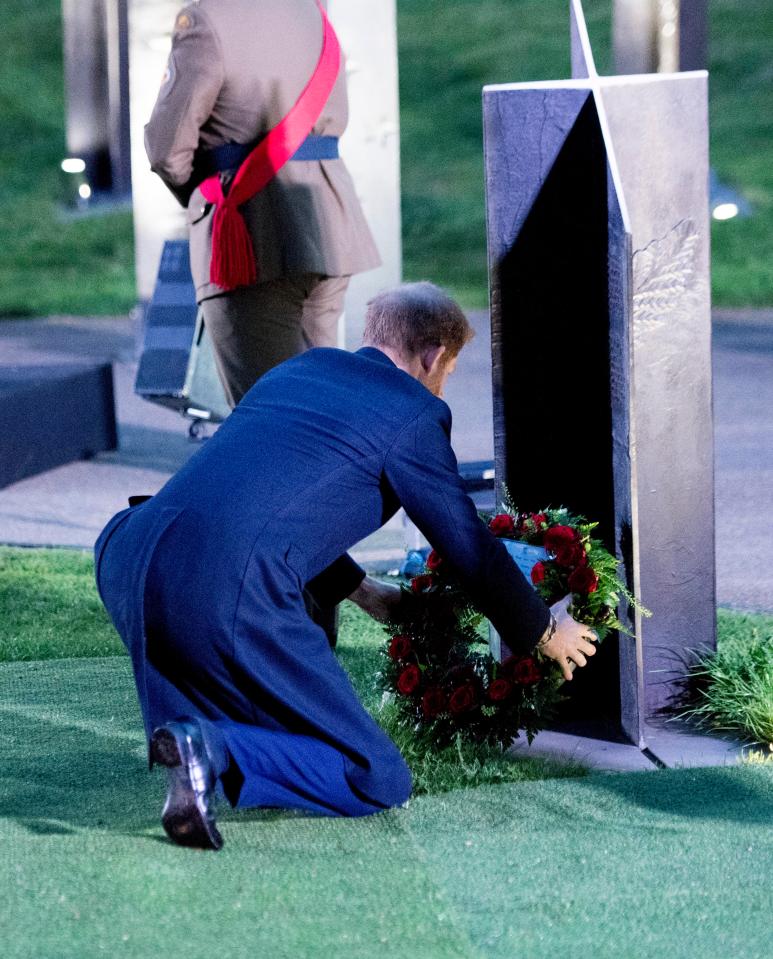 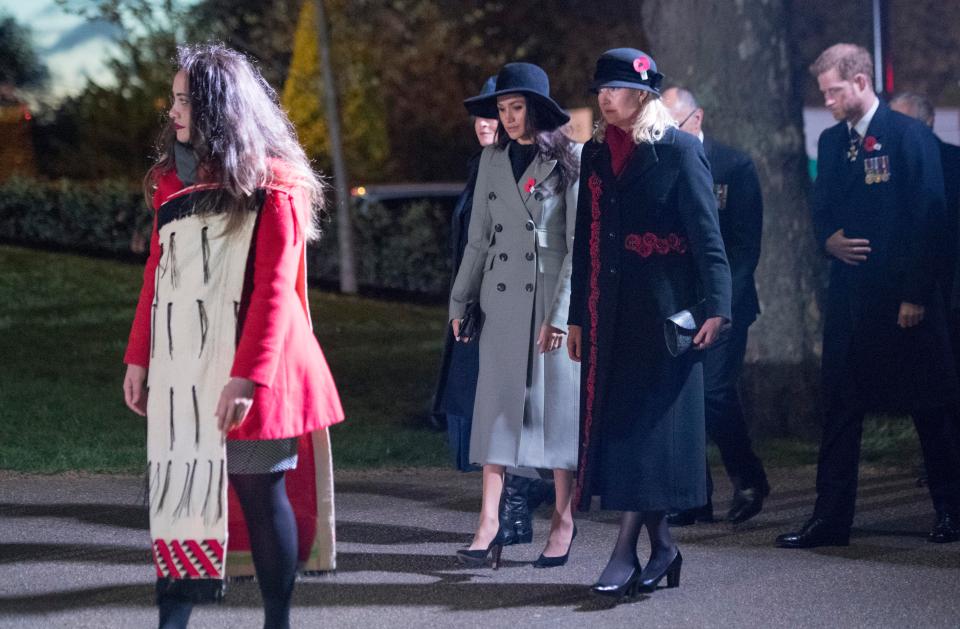 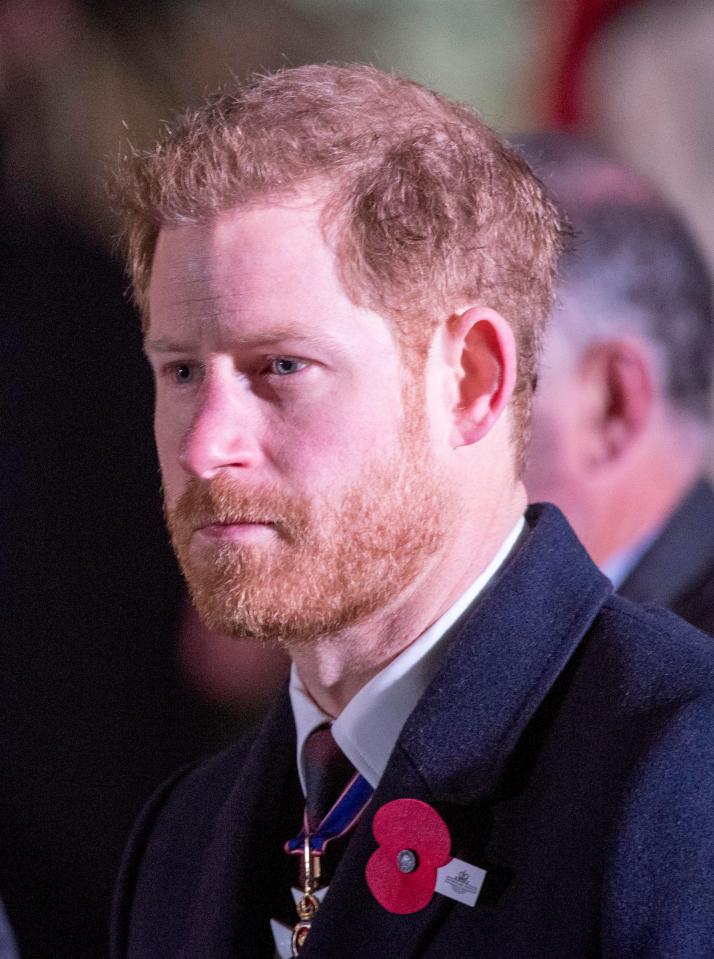 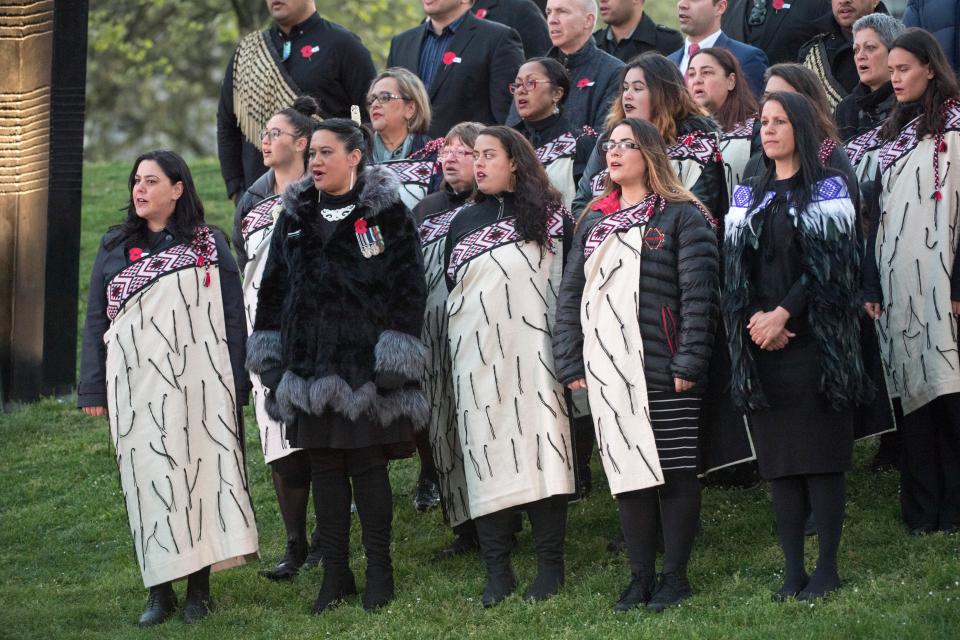 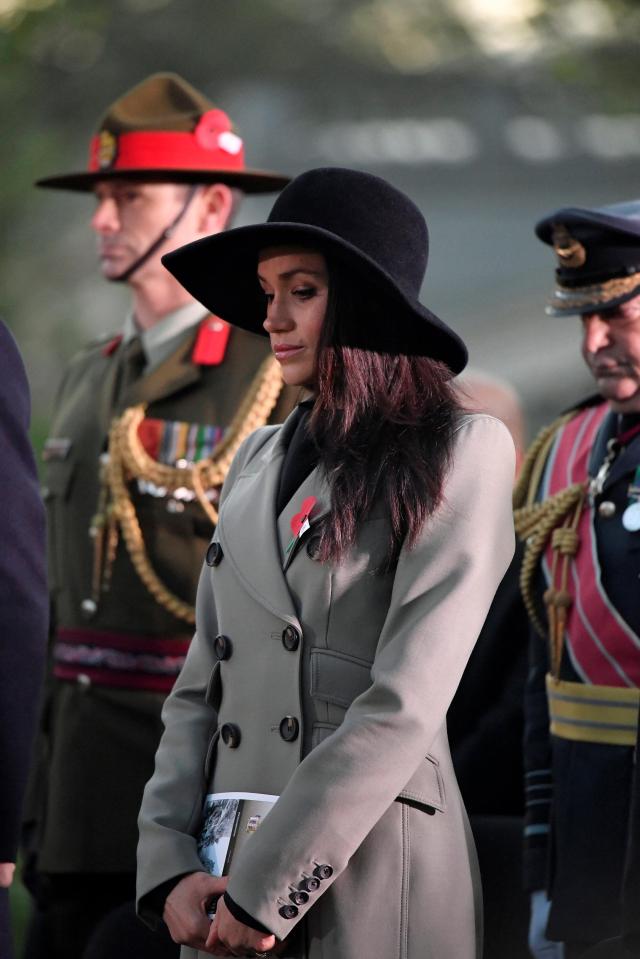 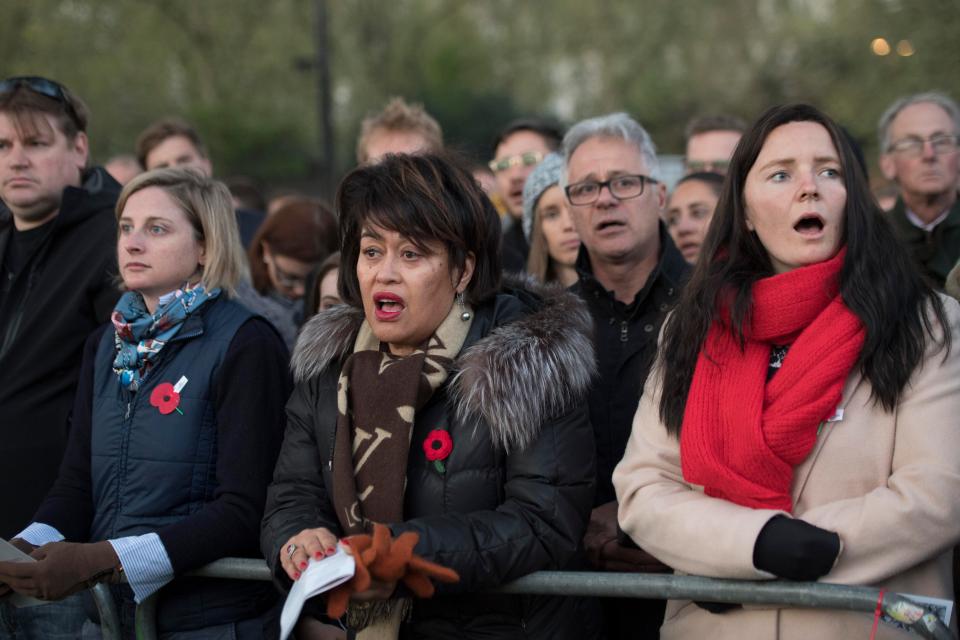 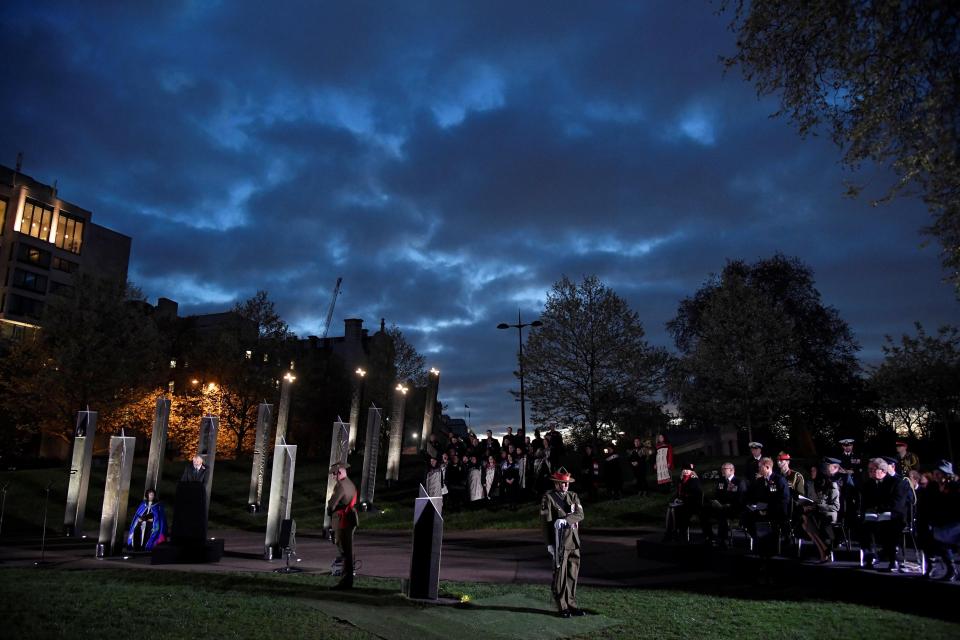 Ms Waretini said of Meghan: "She was amazing. I'm not sure if it's her first time at a Maori ceremony but she did very very well.

"It was really lovely to meet her and share the breath of life and share our culture with her and Harry."

As the sun broke over the London skyline, Harry, a former army officer who served for 10 years in the forces, laid his floral wreath at one of a group of metal crosses near Wellington Arch in central London. 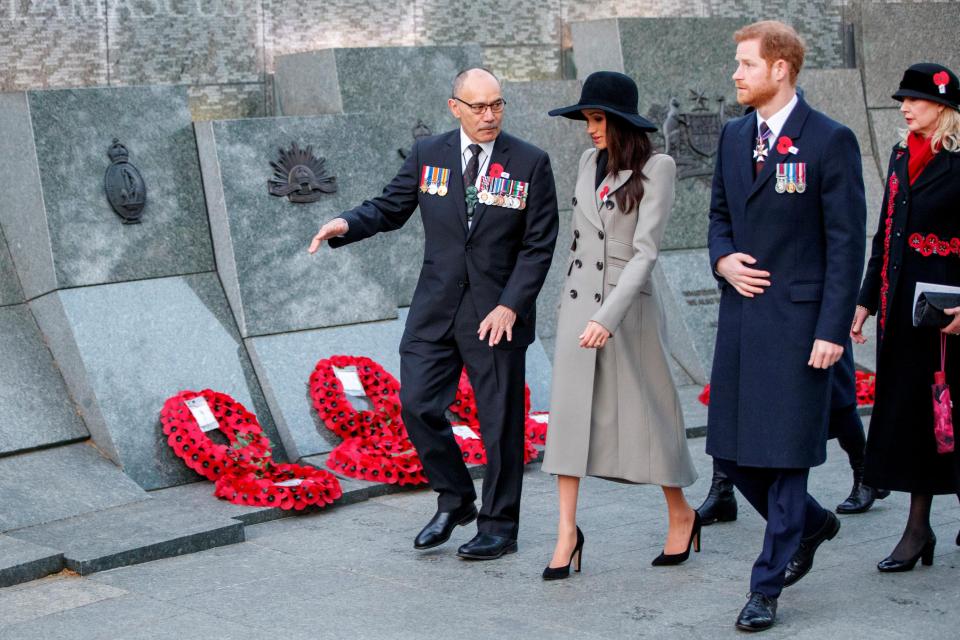 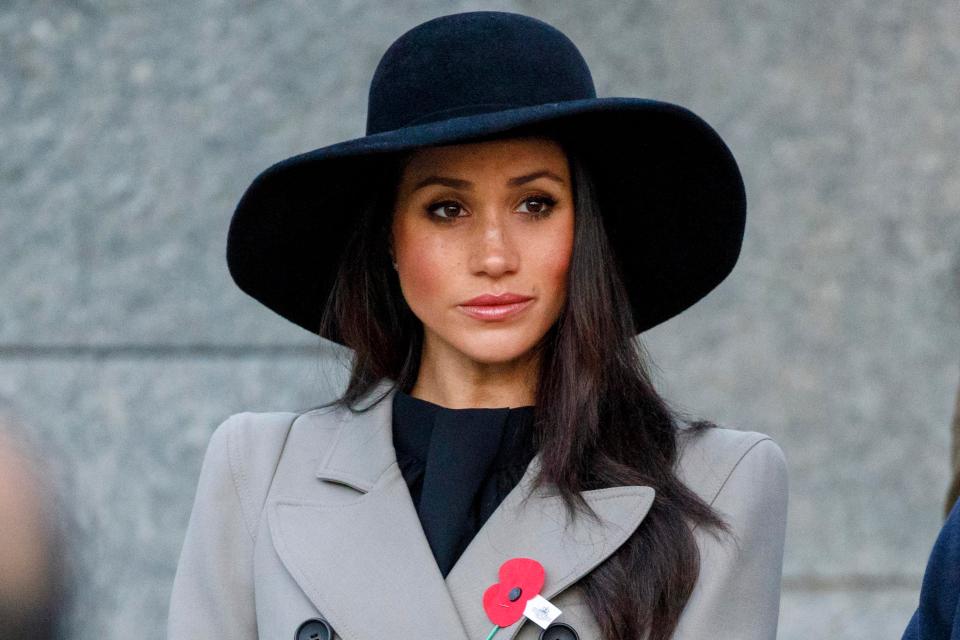 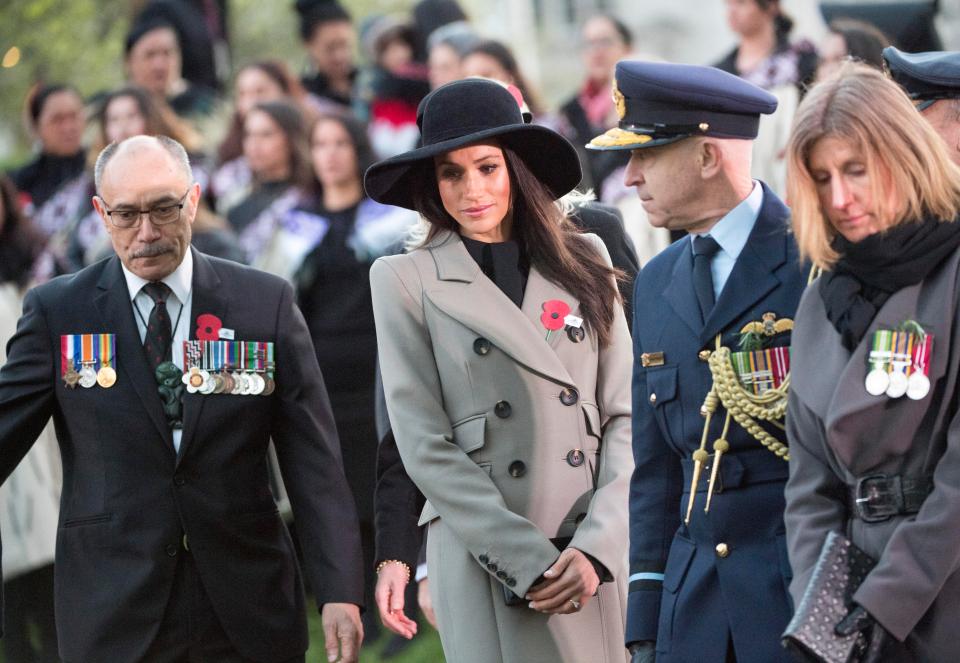 A handwritten note from the prince, attached to a wreath of red roses, read: "For all those who have made the ultimate sacrifice in pursuit of our freedom. Thank you. Harry".

Meghan, 36, wore a grey coat, black hat and heels, as the couple sang hymns including Abide With Me.

It was the US actress' first official remembrance service ahead of the couple's royal wedding on May 19.

Anzac Day has been commemorated in London since the first anniversary of the Anzac landings at Gallipoli in 1916, when King George V attended a service at Westminster Abbey and more than 2,000 Australian and New Zealand troops marched through the streets.

In both countries the day is a public holiday, commemorated with ceremonies held at various locations.

The service began at the New Zealand memorial and included readings, the Last Post, silence, reveille and national anthems, before the couple moved to the granite Australian memorial.

Kensington Palace said the Duke of Cambridge hoped to join Harry and Meghan at the afternoon Anzac Day service.

William, who is taking a few weeks off official royal duties now his son has been born, has yet to announce the name of the latest addition to his family.