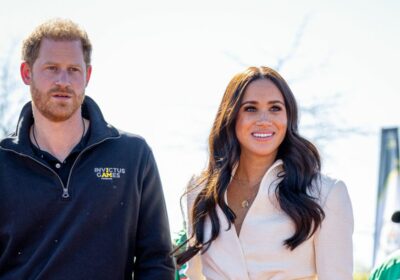 Meghan Markle is said to have spent upwards of £38,000 on outfits worn over three days during her attendance at the Invictus Games.

The Duchess of Sussex made the trip to the games alongside husband Prince Harry, and the 40-year-old cemented her fashion choices with some lavish spending and high-end outfits.

Her three-day trip to The Hague saw the 40-year-old wear outfits worth a staggering £37,869 for the Easter weekend trip, including new jewellery and designer clothes. The most expensive outfit of the weekend was the pairing of the £12,800 Cartier necklace with a £620 body suit from US designer Khaite and a pair of £595 Manolo shoes.

Markle wore the pricey £14,015 attire at the Opening Ceremony of the Invictus Games.

Other outfits spotted at the games included a tweed Celine jacket priced at £2,400 and matching £1,950 bag and £360 glasses from the French designer.

The Duchess of Sussex also picked herself out a £5,800 Cartier Love Bracelet and the Cartier watch that had once belonged to Prince Harry's mother, Princess Diana. The hefty price tags on the clothing have raised a few eyebrows, with Daily Mail questioning who was footing the bill for the expensive products after the Sussexes' hoped for financial independence after leaving the Royal Family.

A lucrative Spotify deal of £18million, which has seen one half-hour episode released so far may help, as well as a stunning £100million deal with Netflix, who are currently filming the Sussexes' for an upcoming documentary.

Daily Star reported one bizarre claim from a royal expert who said the Sussexes were going to use their surprise visit to Queen Elizabeth II as a "commercial gain".