Meghan Markle will ‘speak her truth’ in 2022, says Diana’s astrologer 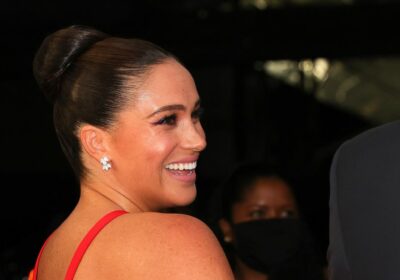 Meghan Markle has already dropped bombshells with claims regarding the Royal Family and this will continue into 2022, according to a royal astrologer.

The Duchess of Sussex started 2021 with shocking claims of a senior royal commenting on Archie’s skin during a high-profile interview with Oprah Winfrey, alongside Prince Harry, in March.

According to Princess Diana’s astrologer and confidante Debbie Frank, we won’t be waiting long for the next revelation as she predicts Meghan will “speak her truth” in the New Year.

Debbie believes that Meghan will be taking stock in January as her “ long drawn-out battle reaches a tipping point.”

Speaking to Hello!, Debbie said: “Meghan may not consciously court controversy but the rebellious planet Uranus angling her Sun, is priming her to do what no one expects."

She added : “Over the Platinum Jubilee period, Meghan's need to find her voice and speak her truth may jangle other royals. But during the autumn the cosmos settles into a calmer picture for her.”

After a headline grabbing year for the Duchess of Sussex, as well as welcoming new daughter Lilibet, Debbie believes 2022 will see Meghan go “outside of her comfort zone”.

Debbie mentioned how Meghan “is not a background person” and how she will be looking at new ventures to give her a “different dimension” in March.

She also said that Meghan is capable of “pulling things out of the hat that create a few shockwaves”.

Recently, a TV host launched into a verbal attack on Meghan on live TV, claiming she was “a woman at war with everyone.”

TV host and writer Sophie Elsworth told Sky News Australia: “This woman falls out with everyone!

“She falls out with her best friends, her own father, her step sister, her in-laws!

Elsworth continued by saying how she wishes there was a day “where I don’t have to hear about Meghan Markle”.

A representative for the Sussexes has been contacted for comment on Elsworth’s comments.