Melania and Trump spend ‘little or no time together’ says friend ‘They spend very little to no time together,’ a longtime friend of the president told the Washington Post, as Melania prepares to roll out her own White House initiatives to focus on children.

Although the pair are sometimes photographed smiling in public as when they attend joint events or board government aircraft en route to Mar-a-Lago, they spend considerable time apart.

They have separate bedrooms inside the White House, and Trump awakes at early hours to lob tweets at his rivals. 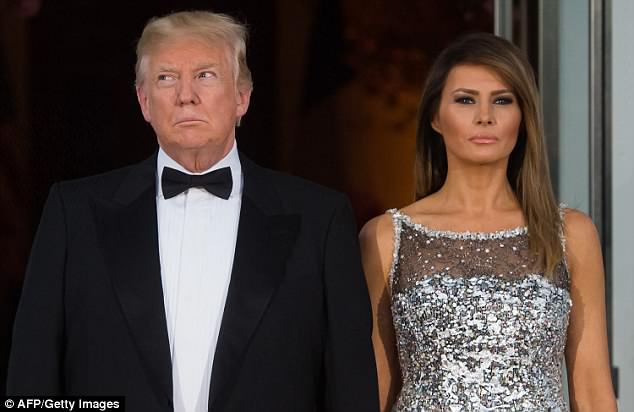 President Donald Trump and First Lady Melania Trump ‘spend very little to no time together,’ according to a friend of the president’s

‘They are not that couple that holds hands just because; she is old-world European and it’s not who she is,’ said Stephanie Winston Wolkoff, who previously held a volunteer White House job and whose firm got paid $1.62 million for consulting and production related to Trump’s inauguration.

Her spokeswoman, Stephanie Grisham, knocked down a ‘persistent rumor’ that the first lady doesn’t even live in the White House and stays with her parents near son Barron Trump’s school.

The two have carved out largely separate public lives. While the president makes regular appearances with his cabinet, staff aides, and world leaders, the first lady focuses on her own, less-frequent events.

When the couple travels to Florida for weekends, the only image of them together is frequently of them boarding and de-boarding an aircraft.

President Trump sent his wife birthday wishes during an appearance on Fox News last month where he said: ‘Maybe, I didn’t get her so much. I got her a beautiful card, you know I’m very busy to be running out looking for presents.’

She hasn’t spoken about the Stormy Daniels scandal that has rocked his administration. 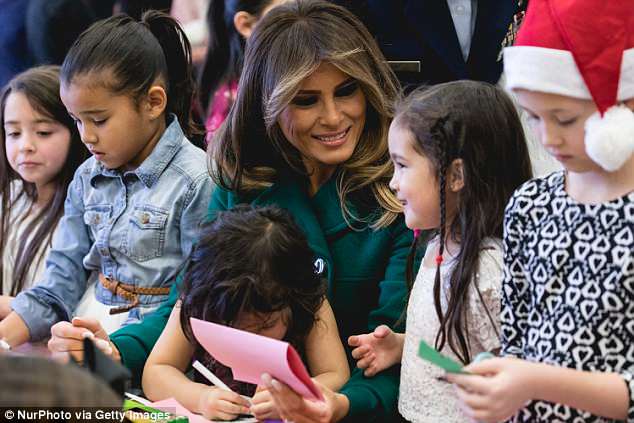 Melania Trump launches her initiatives today with Rose Garden speech 16 months after her husband took office. She will focus on children’s issues 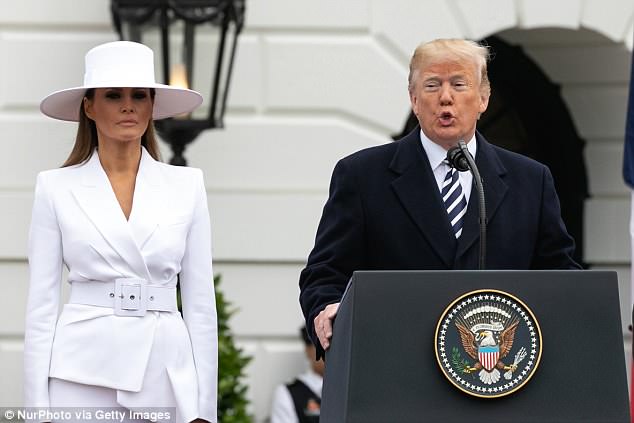 President Donald Trump and First Lady Melania Trump hold hands as they stand in front of the casket as the late evangelist Billy Graham lies in honor in the Rotunda of the U.S. Capitol in Washington, U.S. February 28, 2018

During the funeral for Barbara Bush, it was Melania Trump who flew to Texas to represent the administration, appearing with former presidents George W. Bush, George H.W. Bush, Barack Obama, and Bill Clinton.

According to her spokeswoman, Stephanie Grisham, Melania Trump will focus on issues relating to children during her time in the White House. She is rolling out her focus 16 months into the administration. 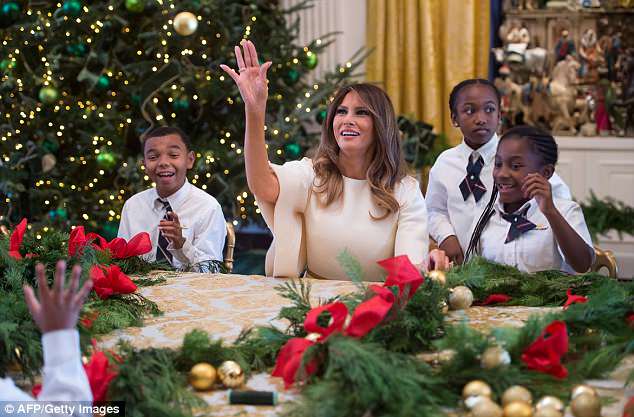 First Lady Melania Trump throws a Christmas ornament as she makes garland with children in the East Wing as she tours holiday decorations at the White House in Washington, DC, November 27, 2017 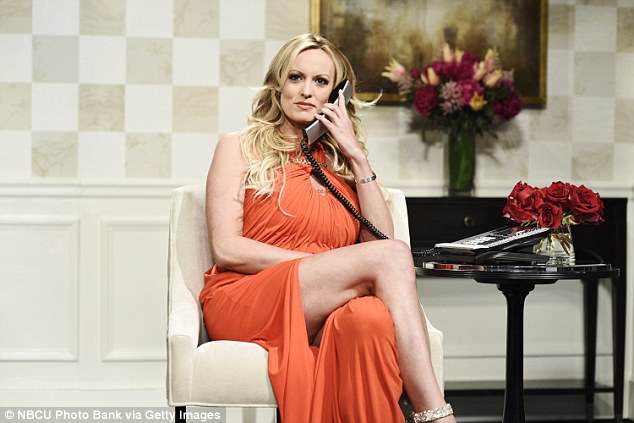 ‘URBAN LEGEND’: The first lady does not live outside the White House along with her parents, her spokeswoman confirmed

She previously said she would focus on cyber bullying – a topic she acknowledged has drawn scrutiny thanks to her husbands use of Twitter to pound his opponents.

‘As has been evidenced by the many events Mrs. Trump has participated in during her time as first lady, her focus will be the overall well-being of children. Something unique though: She has not narrowed her platform down to just one topic as has been done in the past,’ Grisham told CNN. ‘Mrs. Trump wishes to help the next generation by creating change through awareness on a variety of issues that affect children.’