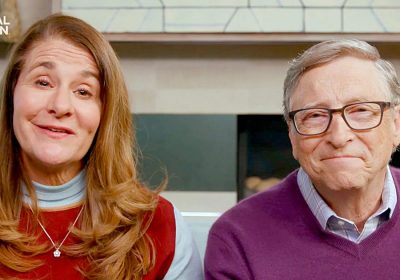 Melinda Gates has hired Donald Trump's ex-wives' divorce lawyer as her split from her Microsoft co-founder husband Bill could leave her the second richest woman in the world.

The Gates – whose combined net worth is estimated at $146bn (£105bn) – filed a divorce petition citing the "irretrievable breakdown" of their 27-year marriage on Monday.

The break-up could be the most expensive divorce in history with the filing revealing the couple have hired some of the best lawyers money can buy.

Gates, 65, is being advised by three partners at Munger Tolles & Olson, which has been ranked the best law firm in the country seven times by The American Lawyer, the Times reports.

It also has Sherri Anderson, who represented the world's richest man and former Amazon chief Jeff Bezos, in his divorce from MacKenzie Scott two years ago.

The Guardian reported Melinda Gates, a campaigner for female empowerment, could be about to become the world’s second-richest woman, with a fortune estimated at $73bn.

There was no mention of any prenuptial agreement between the super-rich philanthropist couple in their petition.

And divorcing couples are reportedly expected to share their assets equally under Washington state law, which would leave Melinda second only to Françoise Bettencourt Meyers, the 67-year-old L’Oreal owner, whose inherited fortune is now worth about $83bn.

Both Gates have asked the court in King County, Washington, to honour an existing "separation contract" for dividing their property and possessions.

Billions of dollars are at stake as well as their matrimonial mansion near Seattle, US, property assets, business investments and luxury items whose total estimated worth is somewhere between $130 billion, according to Forbes.

The couple are also the largest owners of farmland in America and reportedly also have interests in property, energy, transport and hospitality.

Their lakeside mansion near Seattle was valued at $130 million by tax assessors last year and has 24 bathrooms, six kitchens, a trampoline room and a reception hall big enough for 200 guests.

In 2010 the couple and billionaire Warren Buffett created the Giving Pledge to encourage wealthy individuals to give most of their money to charitable causes.

Yet although they have promised to give the bulk of their own wealth away eventually, for now at least the Gateses still retain most of their net worth.

The reason behind the marriage break-down is not known.

Jennifer Gates, wrote on Instagram that it had “been a challenging stretch of time for our whole family”.